Woman who accused 2 NYPD detectives of raping her speaks out 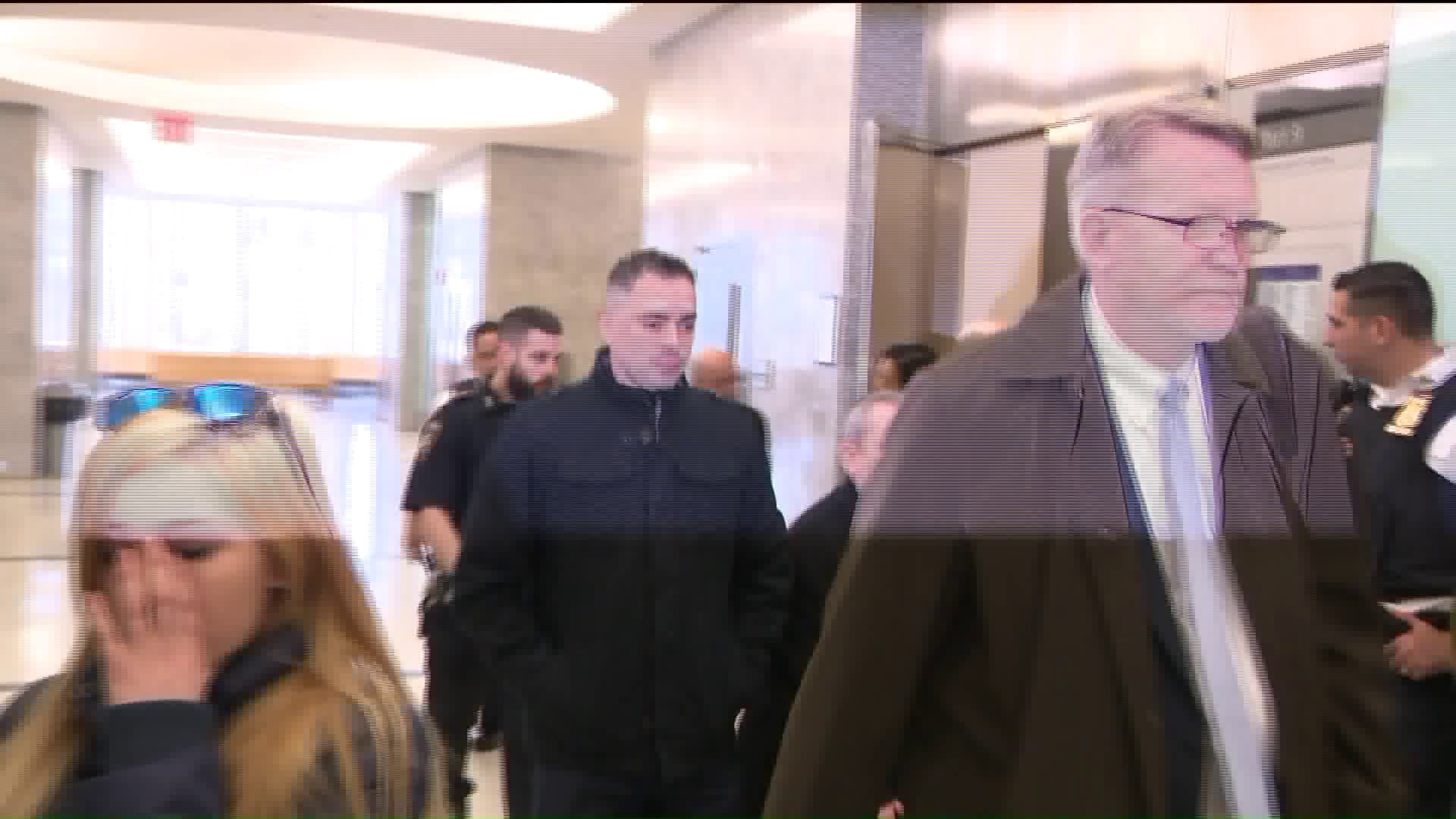 DOWNTOWN, Brooklyn — For the first time, the woman who accused two NYPD detectives of sexually attacking her while she was in their custody, speaks out.

It happened on Thursday, after a court appearance by the now-former detectives, who the accuser, Anna Chambers, had not seen in person since the alleged sex crimes last fall.

"It's disgusting having to be this close to these people," said Chambers, 19, who has a significant social media following. Anna Chambers is the name she uses online.

She made the statement about her alleged attackers as one of them, Eddie Martins, walked past her, outside of a courtroom here at Brooklyn Supreme Court.

"She wants the public to know what happened to her," said Michael David, her attorney, about why Chambers chose to speak, in a very short statement, about the alleged crimes carried out against her last September.

That's when Detectives Richard Hall and Martins arrested her on a marijuana charge at Calvert Vaux Park. After placing her in a police van, the two men took turns engaging in sex acts with Chambers, while she was in handcuffs, in police custody.

On Thursday, the detectives, who have resigned from the NYPD in the wake of dozens of charges leveled against them by the Brooklyn District Attorney's Office, had been called to court for a hearing on their request to have the judge drop the case. Justice Danny Chun refused to do so, opting instead to have the case go to trial.

For her part, Anna Chambers said she wants to see justice, and expressed gratitude for her many followers.

"I appreciate everybody coming here," she said after the court hearing.

The people who'd come were more than a dozen supporters standing outside of the courthouse displaying banners reading, "We Believe Anna Chambers," and "No Rapist Police, No Racist Police, No More Police."

When each detective emerged from the courthouse, the protesters shouted loudly at them. "Rapist! Rapist!" they shouted, as the detectives had no choice but to walk past them. Neither detective made a comment.

They insist that the sexual acts involving them and Chambers were consensual. Prosecutors disagree.

However, there is one key, related issue involving the prosecutors at the Brooklyn District Attorney's Office. One of them, an assistant district attorney who is not involved in the detectives' case, was not only romantically involved with Detective Hall at the time of his arrest, but phone records show that she and the detective had been in contact both before and after he was charged with sexually abusing Chambers. The situation was confirmed in Thursday's court hearing.

"It's a very serious allegation," said David, Chambers's attorney. "If It turns out that it compromised the investigation in any way," David told PIX11 News, "then we'll have to call for a special prosecutor."

The case led the New York state legislature to make it illegal for law enforcement officers to engage in sexual relations with people in their custody. Thirty-two other states do not have such laws, according to Chambers's attorney.

Detectives Hall and Martins are due back in court June 28. A trial date is expected to be set for them at that time.