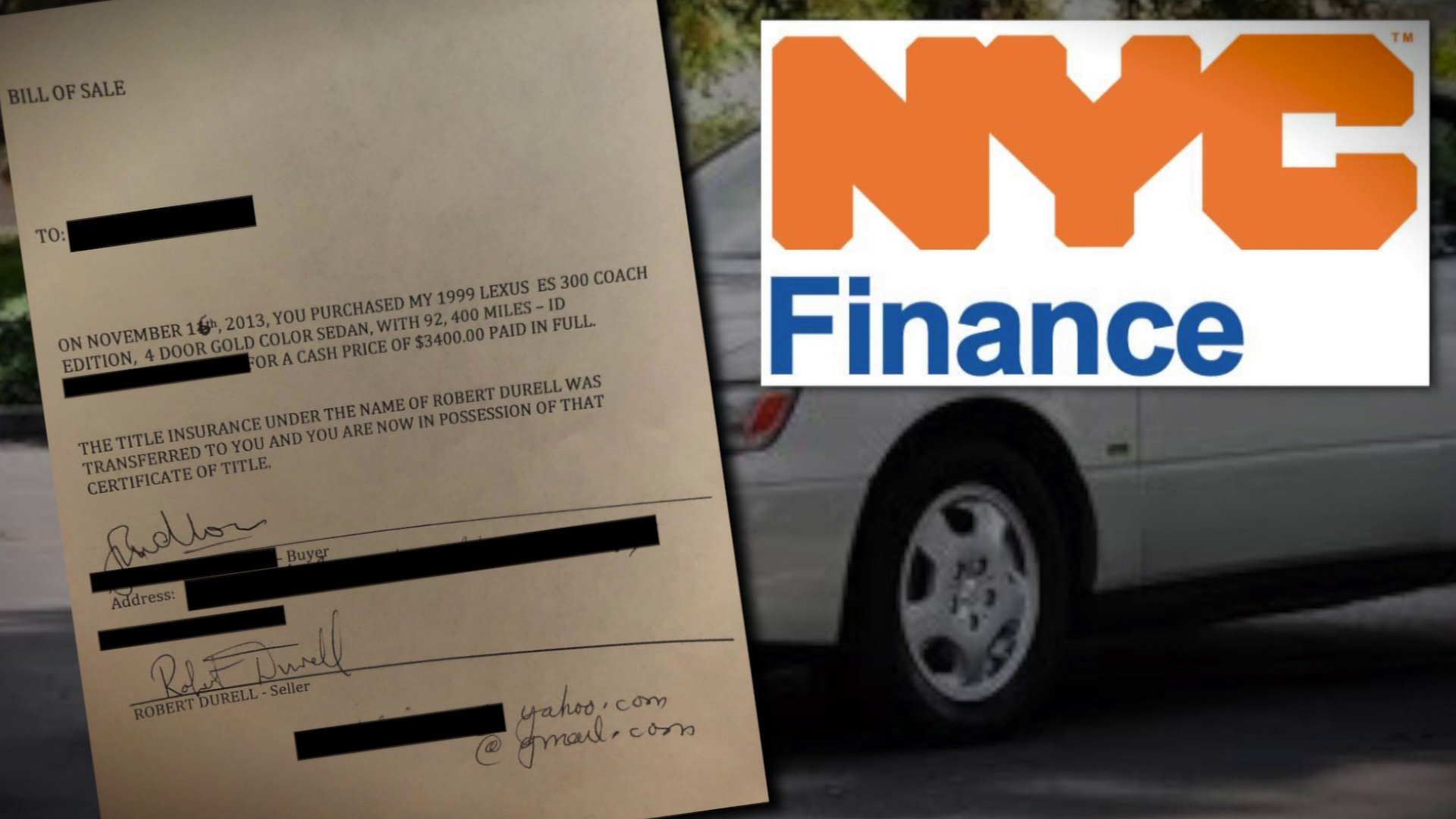 They spent eight months fighting two parking tickets. The couple didn`t even have a car.Arnold Diaz fought to help them get the fines dismissed.

Most New Yorkers would agree that fighting a parking ticket is generally a losing battle. For the past eight months, Manhattan residents Bob and Sandi Durell have been trying to prove their innocence, without success.

Their ordeal began when they received a notice in the mail from the Department of Finance Parking Violations Bureau saying they owed $100 for two unpaid tickets. One is for parking at an expired muni meter at West 116th Street in Manhattan. The other violation, issued at the same time and place, is for having a license plate on the car that didn’t match the plate number on the registration sticker. The Durells were baffled.

“I don’t have a car,” Sandi said. “Why am I getting these tickets?”

They used to own a car, but they sold it in 2013. Sandi turned in the license plates at a Department of Motor Vehicles office in midtown Manhattan. So after receiving the tickets, she sent in a copy of the car’s bill of sale and the DMV receipt for the plates, proof there is no way they can be guilty of the violations. They were shocked when the Parking Violations Bureau sent them its decision: Not guilty of the muni meter violation, but guilty of the license plate charge.

“I have nothing to do with these plates any longer," Sandi said.

The DMV is supposed to destroy all license plates turned into its offices. A department official said the plates are sent to a recycler in upstate New York. But, the official admitted, there have been instances of surrendered plates turning up on other vehicles.

“Somebody is doing something illegal," Sandi said, speculating that someone, somewhere, must have the Durells' old plates.

Next, the Department of Finance sent the Durells a Notice of Impending Default, tacking on a $30 penalty and threatening to turn the case over to a collection agency.

Sandi again submitted her paperwork along with a written statement saying: “My husband is 85 years old. I am 77. We are not able to keep dealing with the problems of your office. Please correct your records!”

She also contacted “What a Shame” at PIX11. We intervened with the Department of Finance on behalf of the frustrated couple. We were told to have them submit their paperwork again.

However, this time, they received good news. Last week, the Appeals Board decided to “dismiss the summons.” While the Durells are happy their eight-month battle with the bureaucracy is finally over, they're worried that they could get fined again

A good lesson for consumers here is to keep good records. If the Durells hadn’t saved their Bill of Sale for the car and the receipt for turning in their plates, even PIX11 could not have helped them.

If you’ve got a story for me, send an email to whatashame@pix11.com.