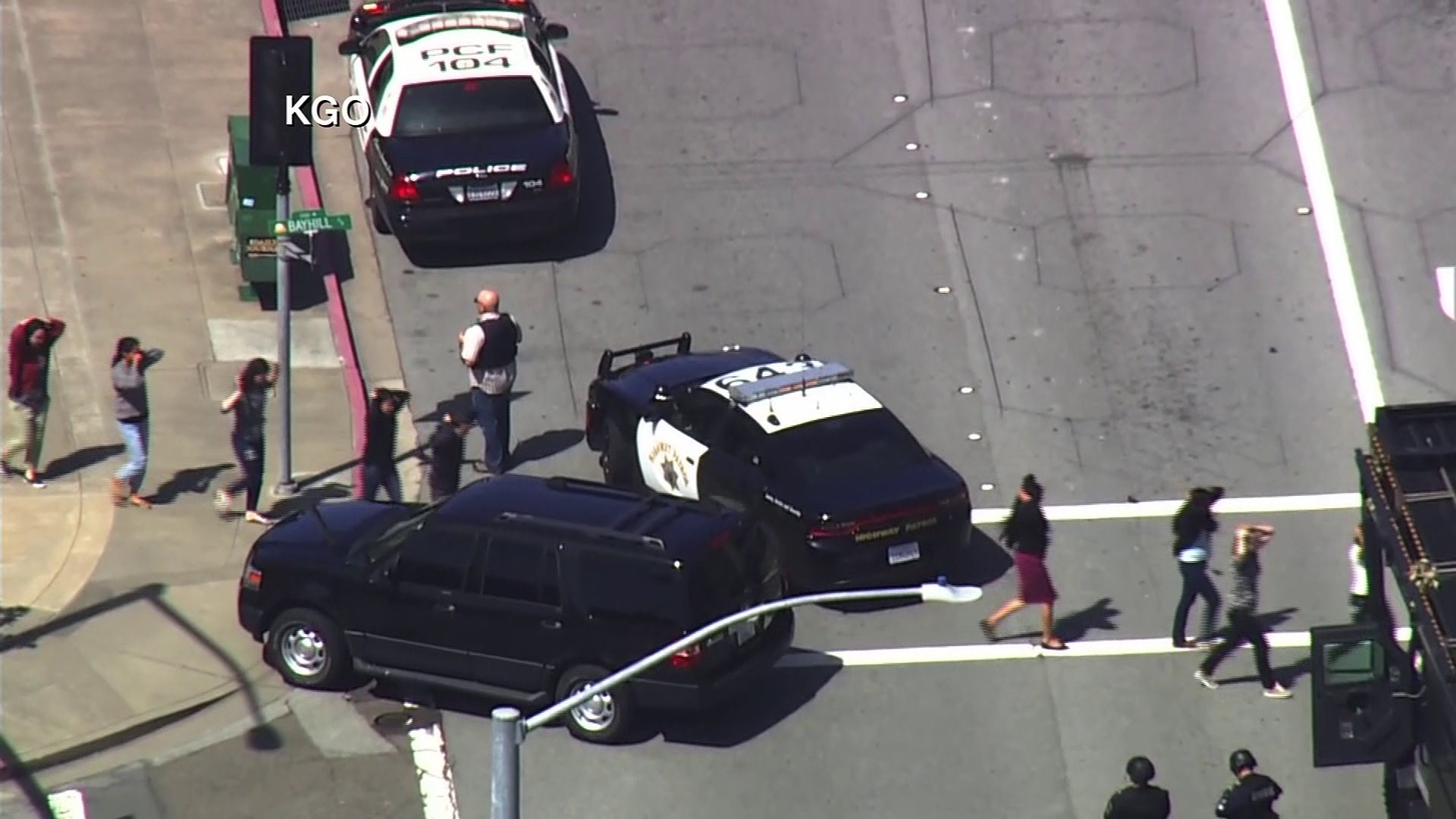 A woman who police believe opened fire at YouTube headquarters in Northern California has been found dead from an apparent self-inflicted gunshot wound, authorities said. Four others were injured, though only three of them suffered gunshot wounds.

There are multiple victims. San Francisco General Hospital said it has three patients from the shooting, including one in critical condition. Northern California's Stanford Hospital said it has received four to five patients, but a hospital spokeswoman did not have information on their conditions or their wounds.

Television news footage showed people leaving the building in a line, holding their arms in the air for police to inspect as they walked by. Officers patted down people grouped outside, and police vehicles surrounded the area.

We are responding to an active shooter. Please stay away from Cherry Ave & Bay Hill Drive.

Google, which owns the world's biggest online video website, posted on Twitter that the company is coordinating with authorities. The Bureau of Alcohol, Tobacco, Firearms and Explosives says it's also responding to the shooting at YouTube's suburban campus.

YouTube employee Vadim Lavrusik posted on Twitter that he heard gunshots and saw people running. He said he was barricaded in a room with his co-workers before being safely evacuated.

Will Hudson said his friend who works for YouTube texted him about the shooter.

"I think there might be a shooter in my building," read one text. "The fire alarm went off so we started to evacuate and then people (started) running saying there was a shooter."

Re: YouTube situation, we are coordinating with authorities and will provide official information here from Google and YouTube as it becomes available.

Hudson said his friend has made it safely back to San Francisco and is in contact with his family. Hudson said he's become accustomed to hearing about such violence but has never been so close to it before.

"It just feels strange. It feels like it could really be anyone. That's really the strangeness of it," he said.

Calls and emails to YouTube representatives were not immediately returned.

NYPD's Counterterrorism Bureau said it is "closely monitoring" the situation in San Bruno. YouTube has a New York location in Manhattan's Chelsea neighborhood.

President Donald Trump said he's been briefed on the shooting.

"Our thoughts and prayers are with everybody involved," Trump said in a tweet. "Thank you to our phenomenal Law Enforcement Officers and First Responders that are currently on the scene."