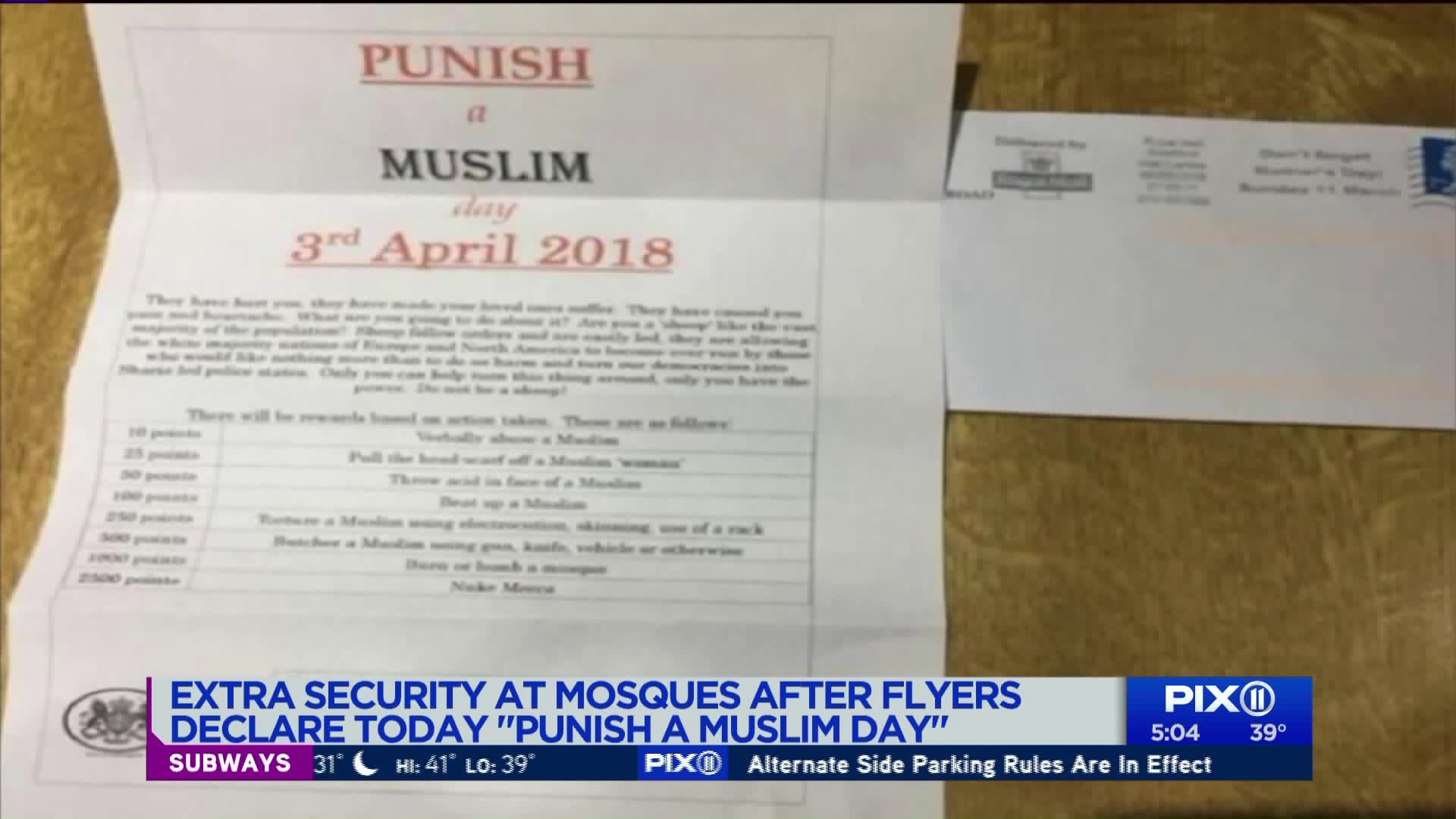 There is extra security in NYC today after flyers declared today "Punish a Muslim Day."

NEW YORK — The NYPD stepped up security at mosques and other religious sites around the city Tuesday after flyers declared the day "Punish a Muslim Day."

The flyers assign a point value to different hateful and violent acts towards Muslims, from verbal abuse and pulling off women's head scarves to acid attacks and even murder. They were first seen in March after they were mailed to several people in England.

An Arab-American group said the flyers have been circulated in New York as well.

"That is not a simple action. That is a premeditated action," Adams said of the flyers.

"They have hurt you, they have made your loved ones suffer. They have caused you pain and heartache. What are you going to do about it? Are you a ‘sheep’ like the vast majority of the population? Sheep follow orders and are easily led, they are allowing the white nations of Europe and North America to become over run by those who would like nothing more than to do us harm and turn our democracies into Sharia led police states. Only you can help turn this thing around, only you have the power. Do not be a sheep!

There will be rewards based on action taken. These are as follows:

Officers across multiple NYPD units have been deployed throughout the city to ensure safety. There is no evidence that the threats are gaining traction in New York, an NYPD spokesman told PIX11.