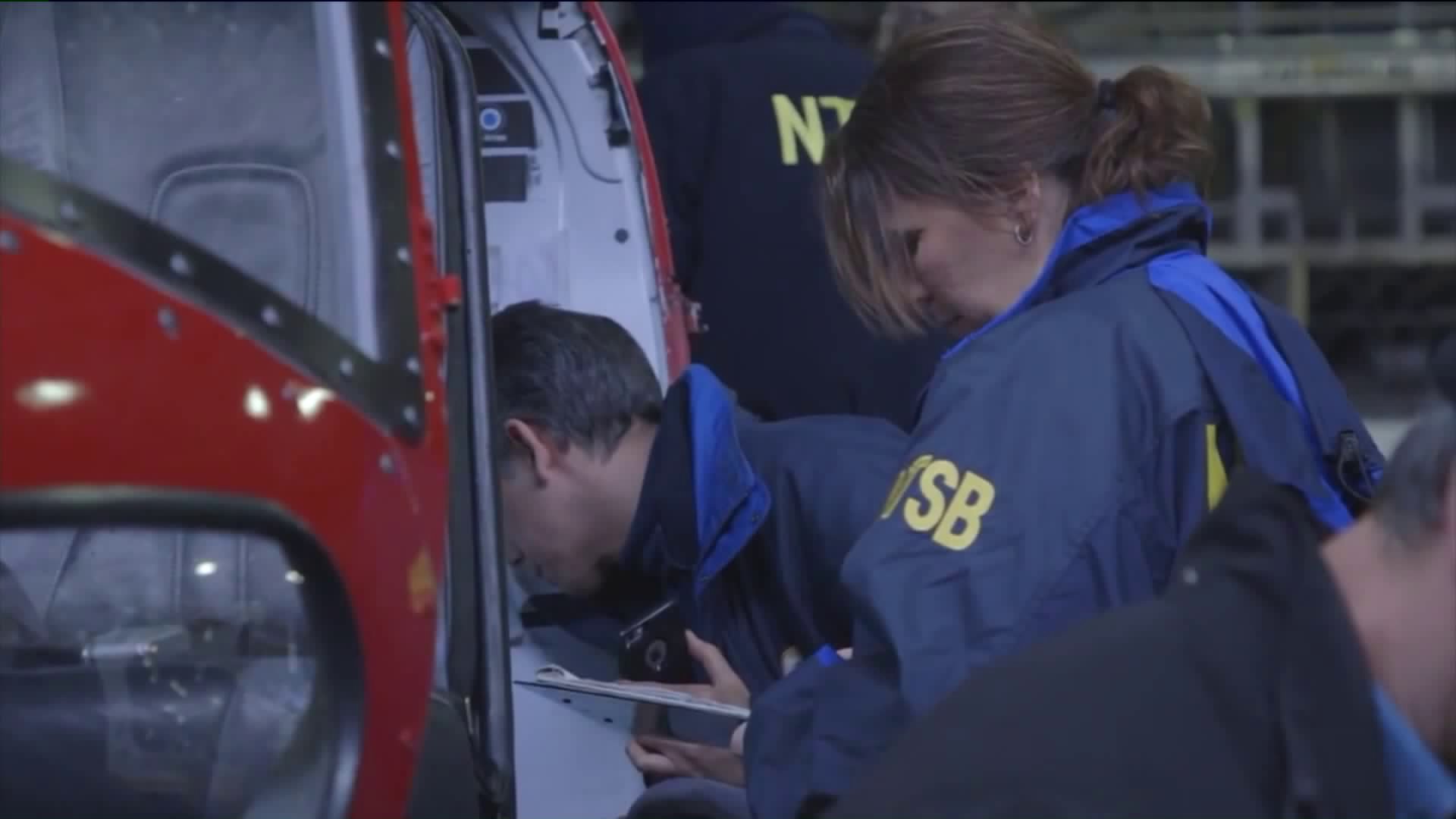 The pilot of a helicopter that crashed into the East River told investigators that he believed the aircraft`s fuel was cut off when a passenger`s restraint tether tangled with an emergency fuel cutoff switch, the National Transportation Safety Board said in a preliminary report on the crash. Five passengers who couldn`t free themselves from their harnesses drowned when the helicopter rolled over into the water.

NEW YORK — The pilot of a helicopter that crashed into New York City's East River told federal investigators that he believed the aircraft's fuel was cut off when a passenger's restraint tether tangled with an emergency fuel cutoff switch, the National Transportation Safety Board said in a preliminary report on the crash released Monday.

The pilot, Richard Vance, told the NTSB that he went to flip off the switch because the craft was going down, but discovered that it was already off and that part of the harness was underneath it.

Five passengers who couldn't free themselves from their harnesses drowned when the helicopter rolled over into the water. The pilot, who was not wearing a harness, escaped with only minor injuries.

Vance told the NTSB that the passengers had a safety briefing before the flight, and were told how to use cutting tools to slash the restraint harnesses if necessary.

The report also noted that the helicopter's pontoons didn't equally inflate, with the pontoons on the left skid more inflated than those on the right.

The NTSB has not issued any findings on the cause of the crash, and the report did not offer an opinion as to whether the pilot's observations were correct. A final report could be over a year away.

In his interview, the pilot said the helicopter, on an open-door flight, had been traveling over Central Park when the front-seat passenger turned sideways, slid closer to the pilot and leaned back, extending his feet outside the aircraft to take a photo. It was at that point that the pilot began experiencing problems.

The front passenger's restraint harness had already come off once before that during the flight, said the pilot, who recalled passengers on earlier flights also accidentally releasing their seatbelts.

The NTSB has previously raised safety concerns about the safety of the fuel controls on the helicopter model involved in the crash, the Eurocopter AS350.

After one of the helicopters crashed in Alaska in 2008, killing four people, investigators determined that a passenger had likely bumped the aircraft's fuel flow control lever with either his foot or backpack. It noted that Canadian officials had blamed a non-fatal accident in 1994 on a similar accidental movement of the fuel control lever by a passenger.

"The NTSB is concerned that the FFCLs on Eurocopter AS350-series helicopters can be easily and inadvertently moved out of their detents by objects or persons, including the pilot and passengers, in flight or on the ground," the NTSB wrote in its report on the 2008 crash.

It recommended that the Federal Aviation Administration require modifications of the control system to protect the lever from being deployed accidentally.

The fuel flow control lever implicated in those crashes is a different lever than the emergency fuel shut-off switch, but they are next to each other on the console.

Gary Robb, attorney for the parents of 26-year-old Trevor Cadigan, who was killed in the New York City crash, said the family was going to evaluate the safety of the emergency fuel shut-off switch if it can be so easily toggled off. He also questioned how much concern there could have been over the passengers' safety if they were able to move around and change position.

"The family found the lack of supervision of their activity outrageous," Robb said.