Dog hit by car after Wag dog-walker loses him 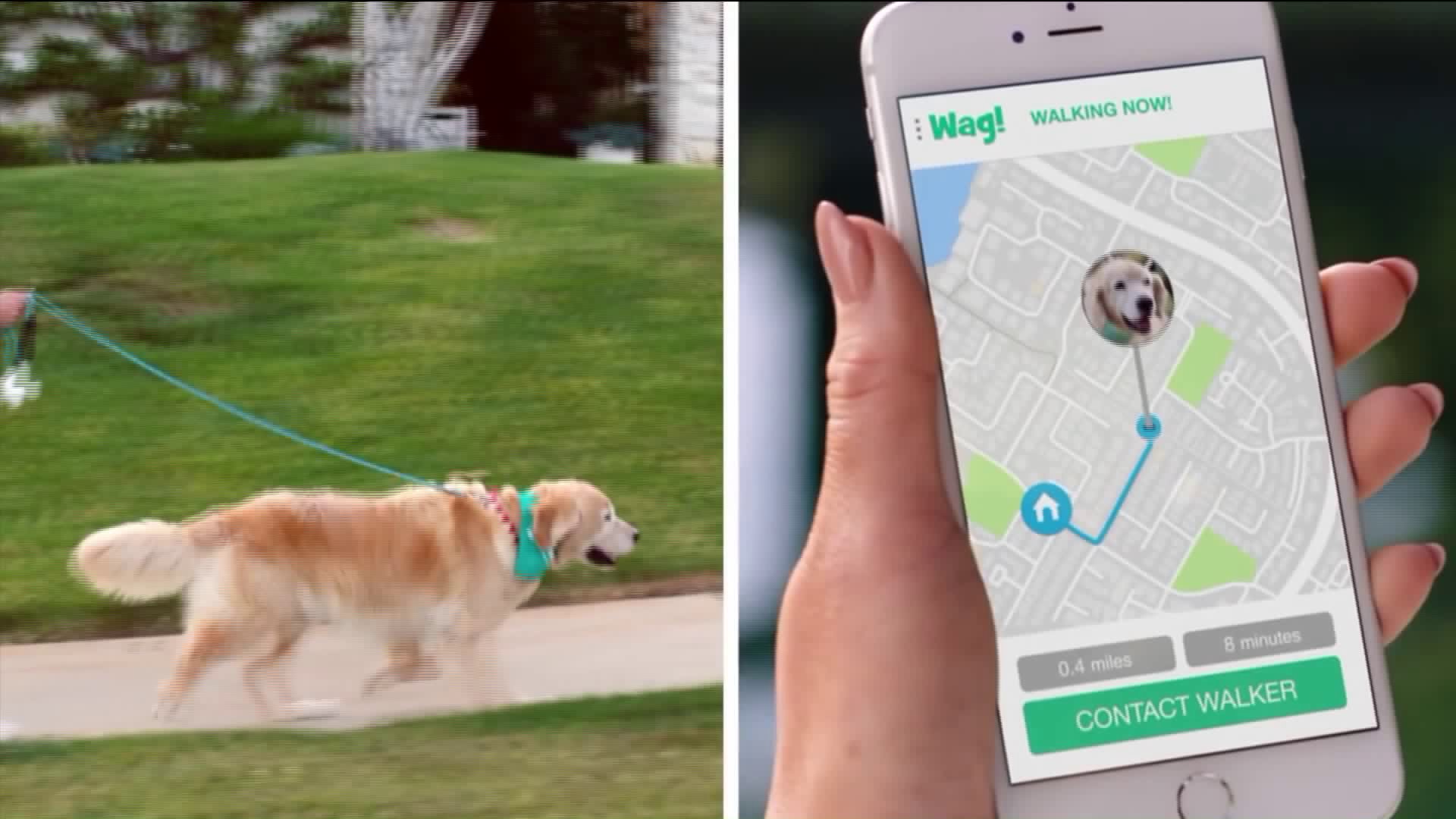 A dog was injured after a dog walker from the app Wag lost him, and it is not the first time this is happened with the app.

UPPER EAST SIDE, Manhattan — A dog was hit by a car after a walker from the app Wag, the so-called Uber for dogs, lost him last Tuesday.

“He looked like a homeless dog, I mean he was bloodied, he was pretty much coward,” dog owner Reba Cox told PIX11, describing the condition she found her beloved golden doodle Simba in after he was found by police roaming the streets.

She said Simba’s harness was not properly fastened and at some point during the walk, he got loose and took off, getting hit by a car near the family’s Upper East Side home.

A Wag spokesperson said the walker dropped the leash when removing her mittens to take an emergency call, suggesting that the harness was not a factor. Cox refuted that claim.

“There’ve been several eyewitnesses that told me there was no leash on him. There was no harness [because] somebody would’ve stepped on that leash," she said.

Cox said what made it all worse is that she learned Simba was missing not through the company, but from her door man. But the company insists it followed protocol. The dog walker involved in Tuesday’s incident has since been suspended.

“Wag! was able to locate Simba who had been secured by the local police precinct and return him to his owners in under an hour,” the company said in a statement.

Simba’s case is just the latest in a series of incidents involving dog-walkers with Wag.

Just a week ago, an eerily similar case happened to Upper East Siders Nicole DeCarlo and Cody Hunt after their 4-year-old Chihuahua Norman got loose from his harness.

“This is a company with a systemic issue where there not training their employees correctly,” Cox said.