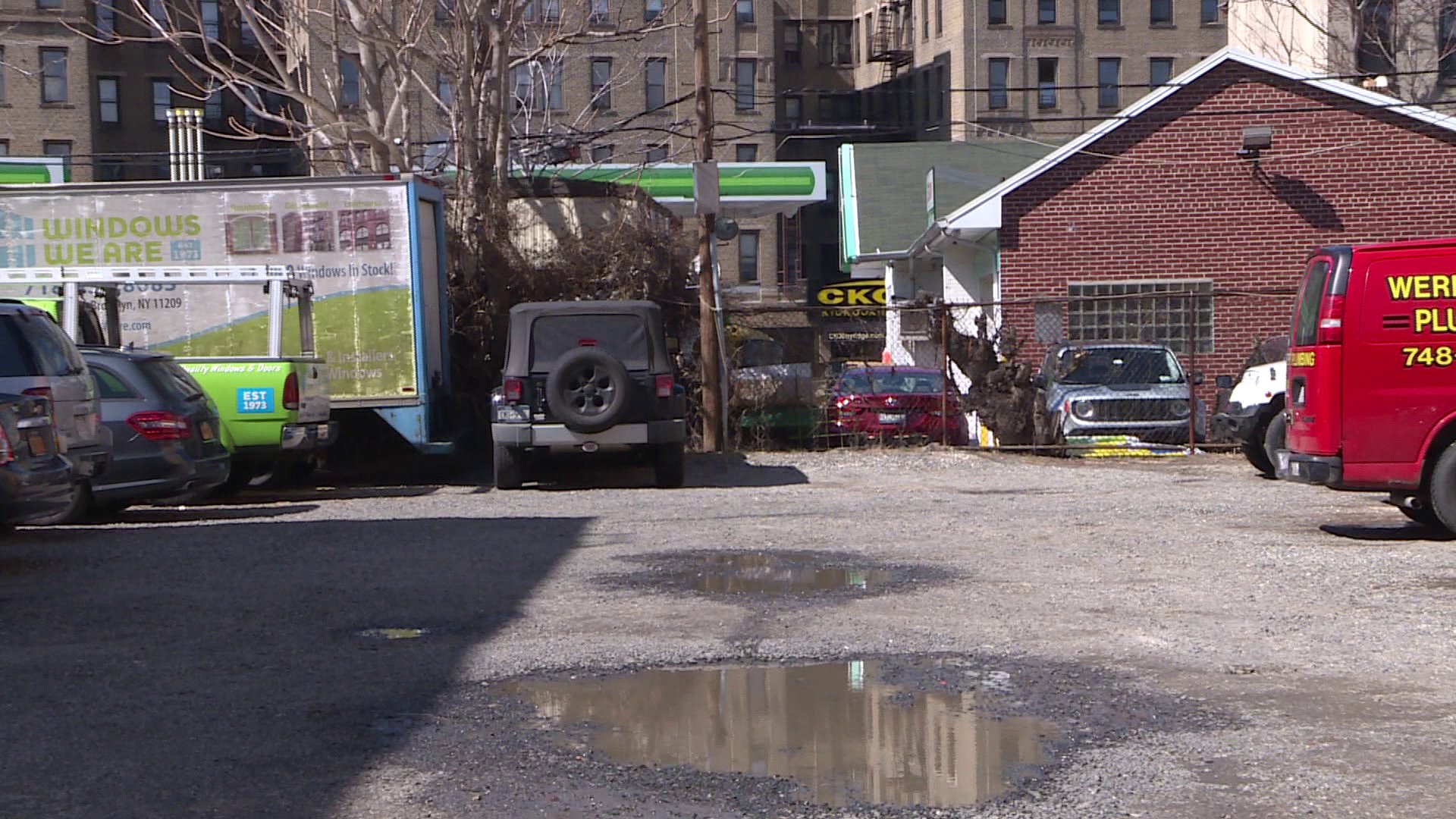 Lawmakers want the space for new classrooms. Some in the community are worried the hotel will be used to house homeless individuals.

BAY RIDGE, Brooklyn — Some Brooklyn residents are crying foul after learning about plans to build a hotel on a vacant lot in Bay Ridge.

Lawmakers are stepping in to stop plans from moving forward before it's too late.

For almost 10 years, a vacant lot in Bay Ridge has been on the market, and now a deal is almost done.

The would-be buyer plans to build a 63-room hotel on the lot — a plan that residents aren’t too keen on.

"You can't build a hotel here, it's too small. We have a school. This is the busiest intersection in Bay Ridge," said business owner Scott Turnbull.

Scott Turnbull owns "Windows We Are" which sits right next to the vacant lot.

For the last few years, he's rented the space for parking for his customers.

What's even more concerning to some is that the proposed buyer already owns a hotel in East New York, and it's currently not being used to house your typical tourist.

"Don't think about renting, the entire hotel is not a shelter" reads one online review.

"Not open to the public. Homeless people, and prostitutes usually seen walking around the building," another person wrote about the East New York Inn.

We reached out to the hotel owner to discuss his plans for the Bay Ridge lot if the sale goes through, but he did not return our phone calls.

"The last thing I need is a hotel across the street that's going to take up more parking, and have homeless vouchers, and have an element of crime that we don't need in our community,” said Senator Marty Golden.

Regardless of whether the building is used as a hotel or a homeless shelter, Senator Marty Golden said it just doesn't make sense at the proposed location, especially considering it's right across the street from P.S. 104, an overcrowded school with more than 1,300 students.

"I need classrooms. I have the most overcrowded school district in the city of New York. We have two hotels that have homeless vouchers. We don't need a third hotel with homeless vouchers that are going to cause an impact to our schools," said Sen. Golden.

Golden has already reached out to the School Construction Authority to see if the lot would work as a site for additional classrooms.

In the meantime, he's urging the community to attend a rally at the location Friday afternoon.