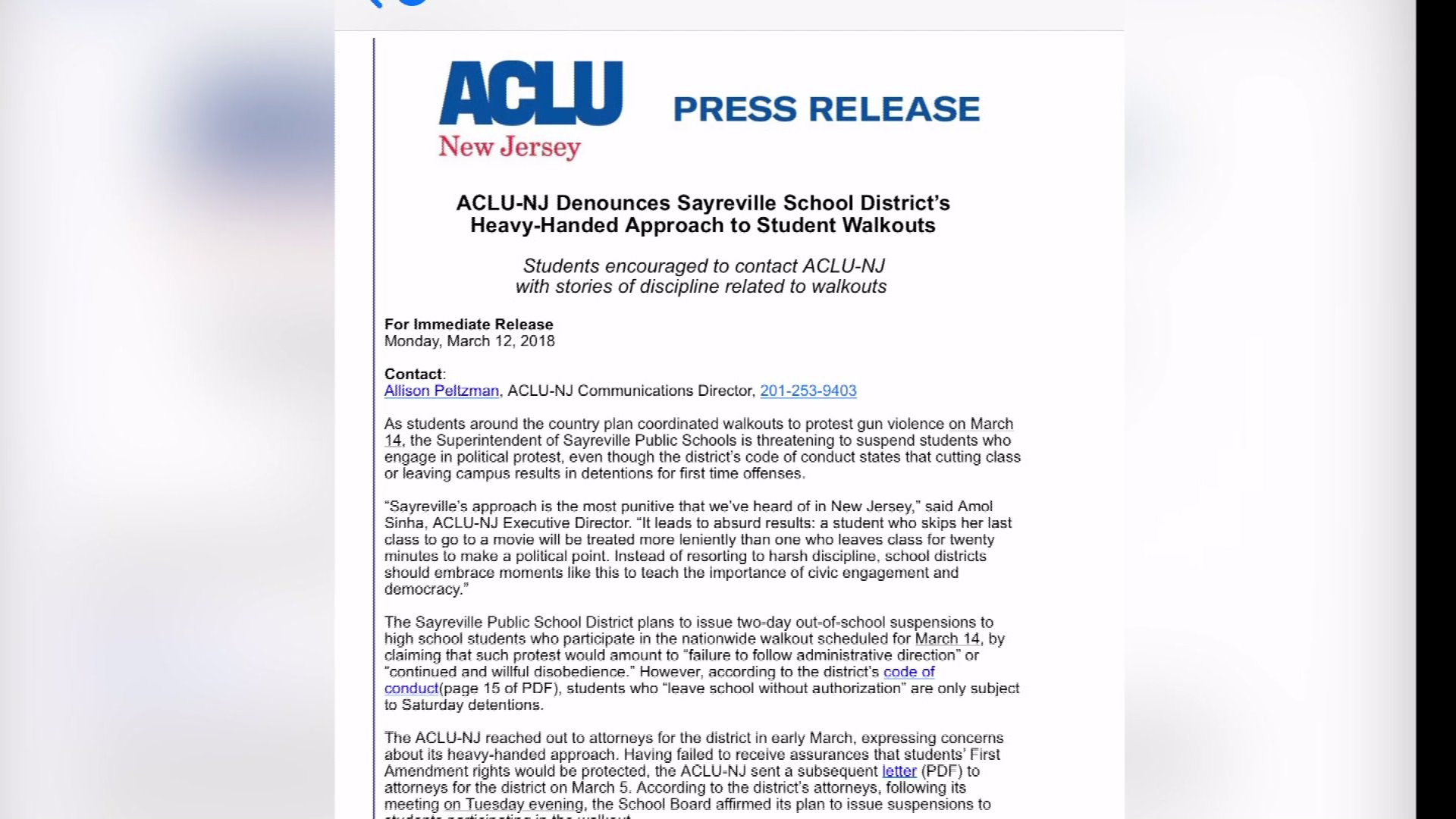 In the weeks since the shooting in Parkland, Florida, survivors and their allies have turned their grief into activism and advocacy. Part of that effort is Wednesday`s national school walkout.

SOUTH PLAINFIELD, N.J. — Students from across the country will be walking out Wednesday morning for 17 minutes to honor the 17 victims of the Parkland, Fla. shooting last month.

Some school districts are supporting the movement, allowing students the time, but others will be suspending students.

“I don’t think people should have guns, they should be banned, they’re dangerous and people die,” said Alexys Craggan Tuesday.

Craggan attends South Plainfield High School in New Jersey, where the district plans on giving students a one day in-school suspension if they participate in the 17 minute walkout.

School staff will be holding an assembly inside the school instead during that time.

Students, who have been making signs and planning for the walkout for weeks will still take part.

“If it’s for the right of gun control and to show we’re coming together as a community, I’m 100 percent with suspension," said sophomore Ruby Garcia.

Amanda Bermo, another student at the high school agrees.

“If being suspended means I can fight for something then that’s what I’m going to do, I rather take an in-house suspension, than take bullet,” she said.

Students in Sayreville, N.J. are also facing suspension, for two days, something the American Civil Liberties Union of NJ had denounced.

In NYC, the department of education says students will get a notation on their attendance record, but not face any other consequences.

The walkout will take place at 10 a.m.

PIX11 has reached out to the South Plainfield School District for comment, but no word yet on how they plan on monitoring the students protest outside of the school.