Nor’easter: Timeline of the storm 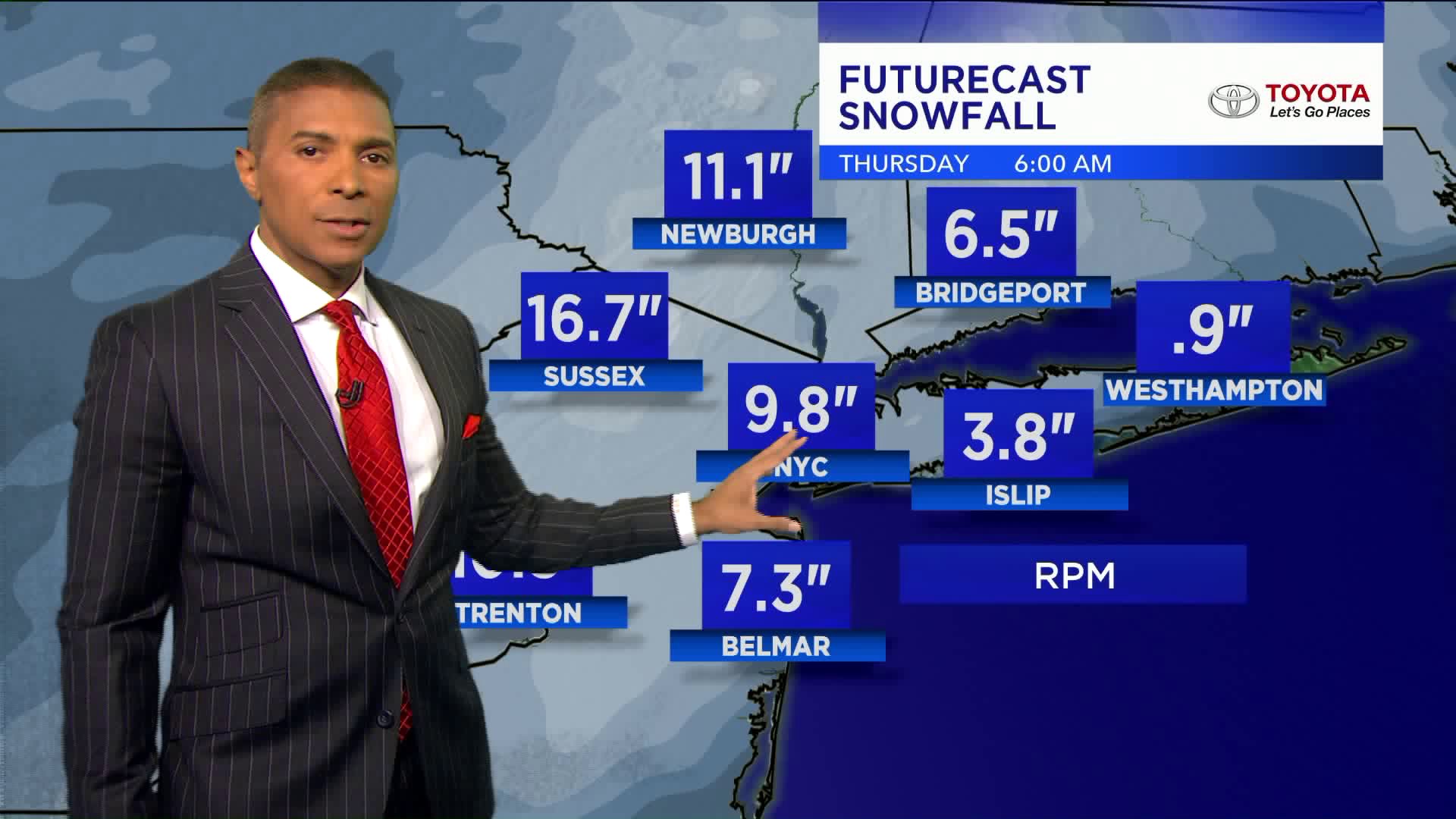 NEW YORK — A nor’easter packing heavy, wet snow and high winds hit the region Wednesday morning, threatening to blanket parts of the tri-state with a foot of snow and potentially cause another round of outages in places still in the dark from last week's storm.

Projections of the storm’s track have varied over the past 24 hours, but as of Wednesday morning, forecasters have a good idea of how this system will behave.

The latest models, as of 7 a.m., show the storm – which had been tracking closer to the coast – now shifting southeast and out to sea, which means more cold air and more snow.

Near-freezing temperatures will make for slick roads, treacherous travel and the chance of an icy mix. Winds gusts up to 60 mph are expected, and that could create temporary white-out conditions.

Currently, the timeline of the storm looks like this:

Light precipitation moved in overnight, with much of the region experiencing rain to start and the New York City metro area getting a mix of rain and snow.

At 11 a.m. is when the storm revs up and the heavier precipitation blankets the region, with a changeover to all snow in many areas that only saw  rain early in the morning – the exception being the South Fork of Long Island, which will get mostly rain from this system.

Thundersnow was heard about 12 p.m. in Manhattan, Hoboken and Brooklyn, meaning heavy bands of snow were rolling through the area.

By 2 p.m., banding set in and created cold enough conditions for heavy snow to fall. Snowfall rate of 1 to 2 inches per hour is possible.

All precipitation should end by daybreak on Thursday.

Total accumulations will range from 4 to 8 inches across much of New York City, with higher amounts possible in northern Manhattan, the Bronx and Westchester County.

The Jersey Shore and Long Island are expected to be spared the brunt of the accumulation, with 1 to 2 inches and 2 to 4 inches falling in those areas respectively.

Points north and west of the city will be hit hardest, with 8 to 12 inches forecast for Orange, Putnam, Sussex, Morris and Passaic counties. Locally higher amounts up to 15 inches is possible.