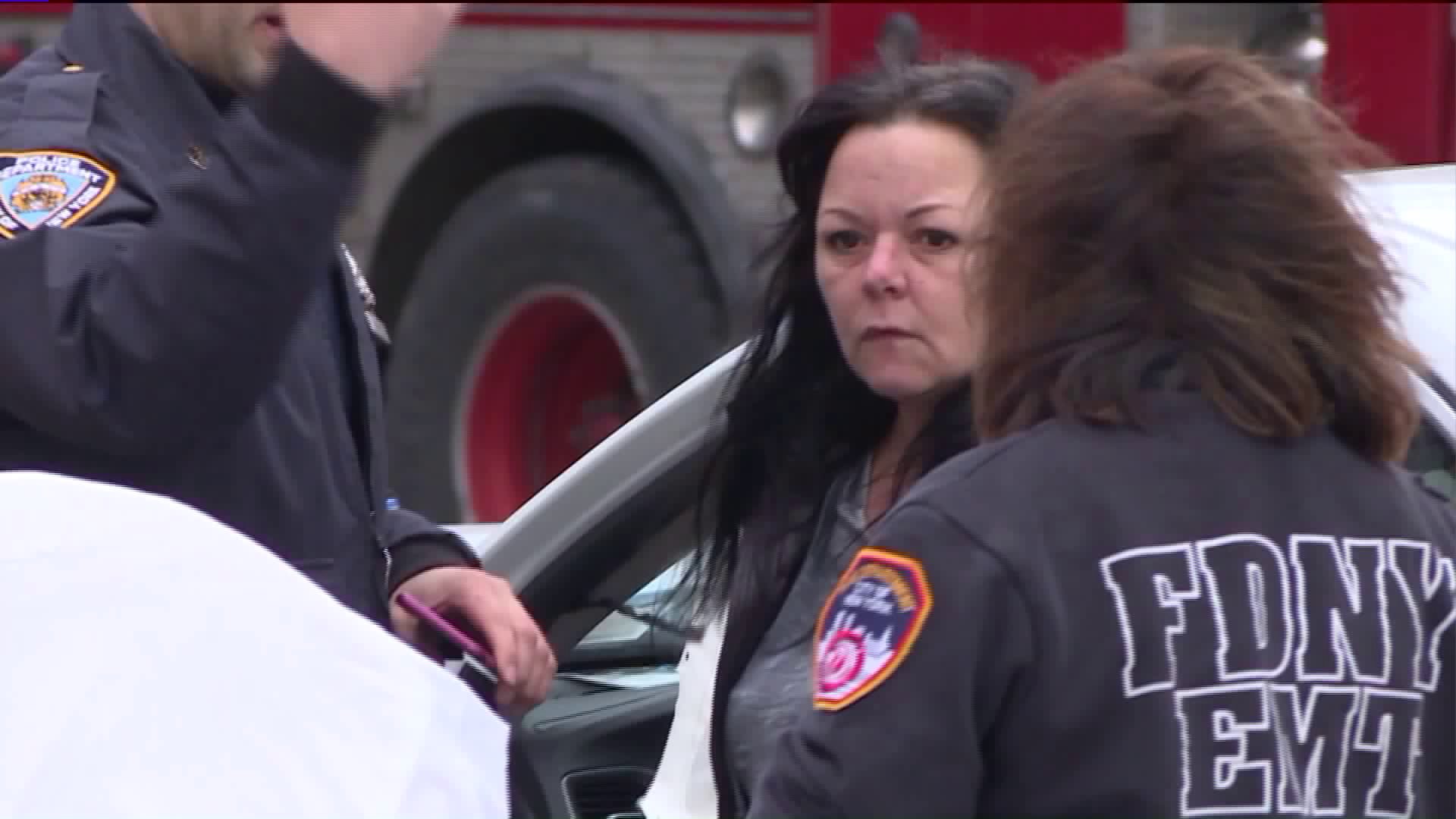 The woman behind the wheel of a vehicle that crashed into five people, killing two children, in Park Slope says she had a seizure at the time, sources tell PIX11 Tuesday. But witnesses are questioning the claim.

PARK SLOPE, Brooklyn — Two young children killed in a crash that injured three others, including a pregnant Tony Award-winning mother, were identified Tuesday, as the investigation continues into the driver's claim she suffered a medical condition at the time of the wreck.

Friends Ruthie Ann Blumenstein and Lauren Lew were walking with their two young children near Ninth Street and Fifth Avenue in Park Slope when police say a 2016 Volvo S60 Sedan crashed into them, along with a fifth person, around 12:40 p.m. Monday.

Both women were injured in the incident. Blumenstein, who goes by the stage name Ruthie Ann Miles, was critically injured and is pregnant. It is not known if her unborn child has survived.

Blumenstein won a Tony in 2015 for her role as Lady Thiang in a revival of the "King and I." Blumenstein's agent had no comment, the Associated Press reports.

"Sending love to you and your family. There are no words. Expect you are loved," Chenoweth tweeted.

A gofundme has since been setup for the Blumenstein family

The fifth victim, only identified as a 46-year-old man, was also injured and hospitalized, according to police.

The driver, Dorothy Bruns, 44, of Staten Island, is accused of hitting all of the victims then continuing down the road and crashing into another vehicle.

Police sources told PIX11 News that investigators are looking into whether Bruns may have had a medical condition when she hit the pedestrians. The driver, who police sources say passed a blood-alcohol test, said she had a seizure.

“I don’t want her to just say that, I had a medical emergency that conveniently happened between that intersection and right here," a witness who wished not to be identified told PIX11.

When asked if his instinct was that something else happened, he replied, "Not my gut. I was standing right here and she wasn't seizing."

Multiple other witnesses said Bruns appeared to increase her speed as she hit the victims.

She "started going slow, and then she put her head back and she just accelerated," witness Jennifer Muniz said.

The Volvo that Bruns was driving has been cited for speeding through a school zone four times and running red lights, according to published reports.