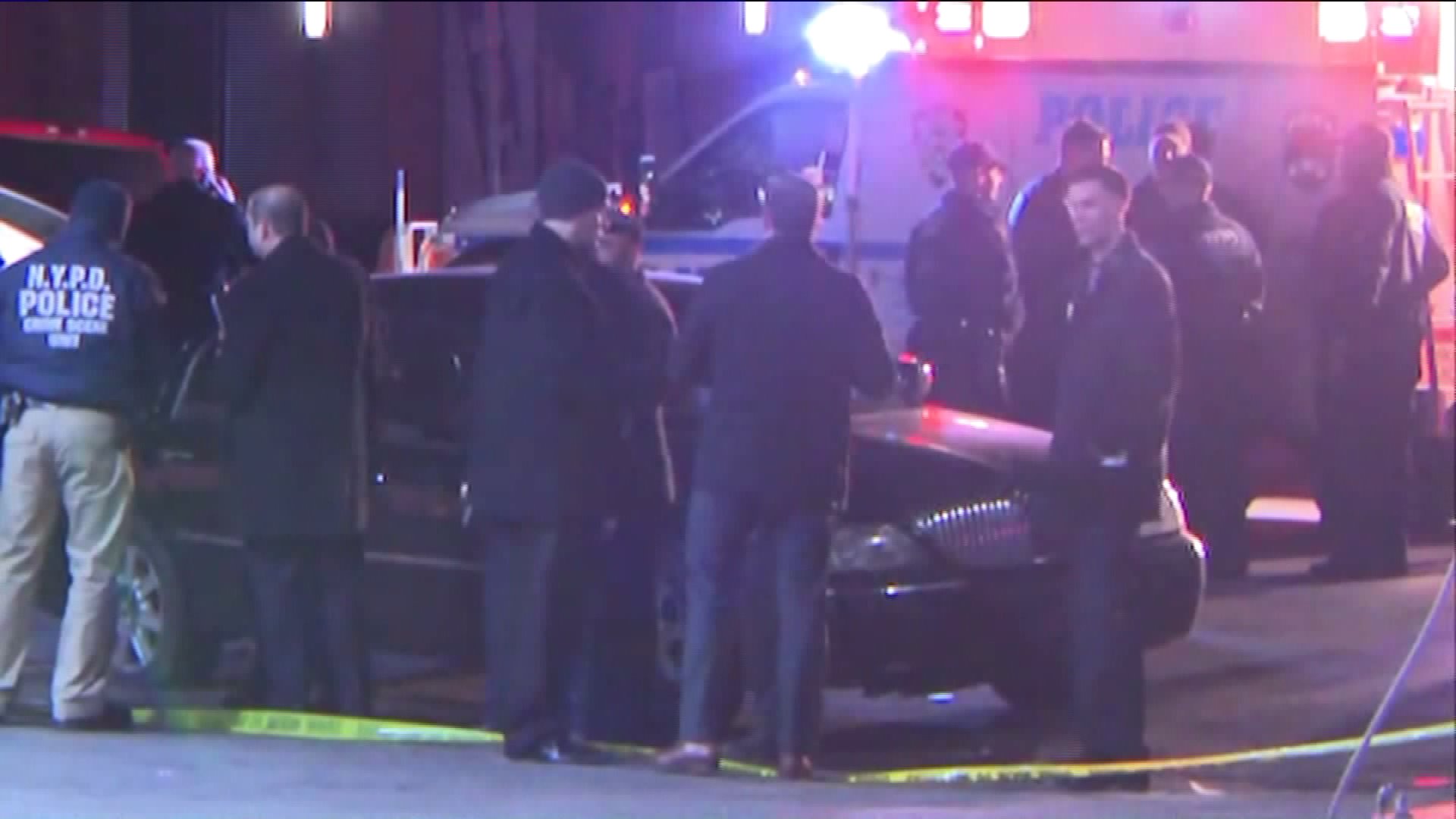 A suspected armed robber was killed by an off-duty officer Monday night in Canarsie and another remains at large, police said. 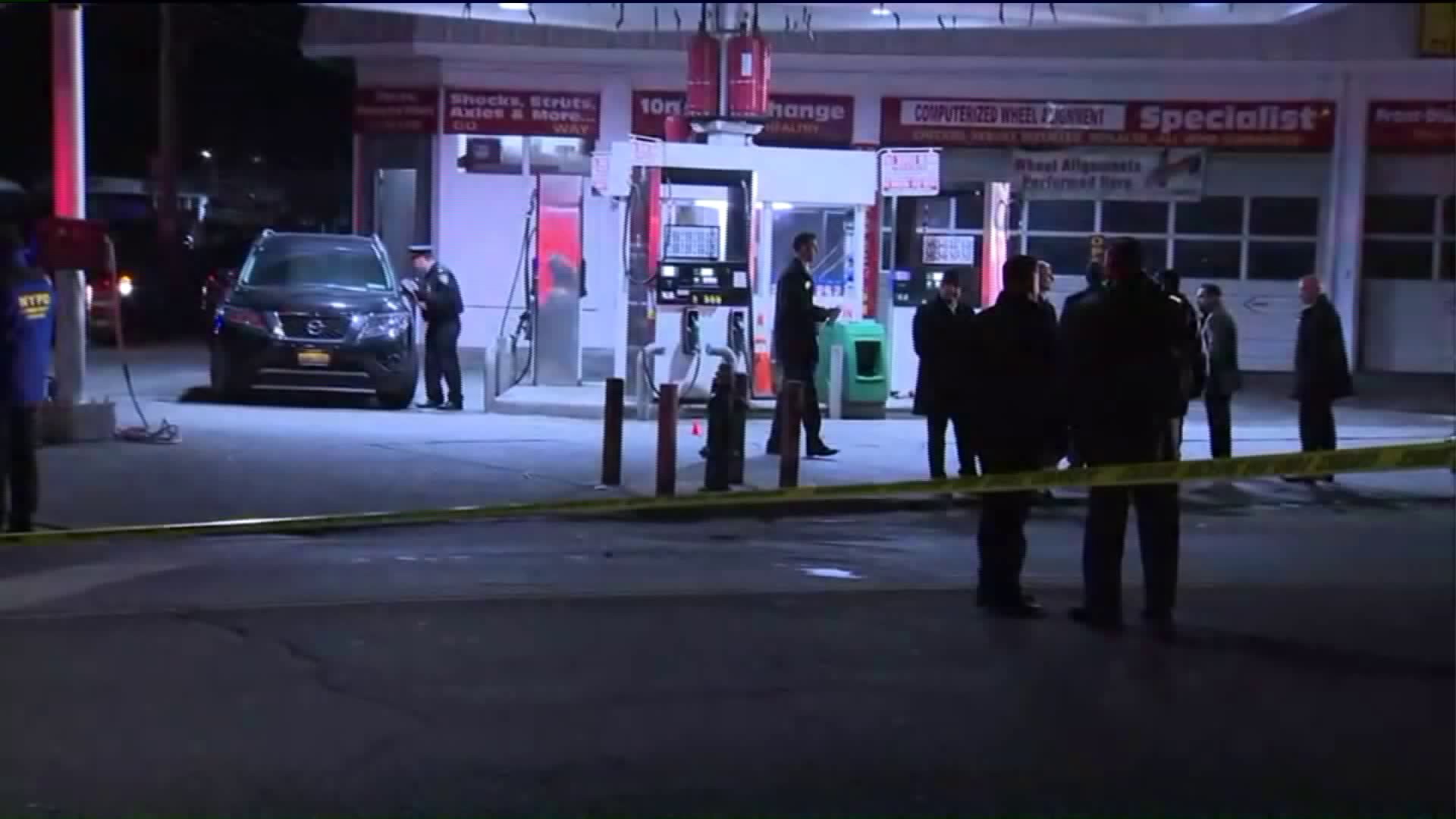 CANARSIE, Brooklyn — A suspected armed robber was killed by an off-duty officer Monday night in Canarsie and another remains at large, police said.

Police said the off-duty officer fired when the suspects turned to him with guns in their hands.

Police said the off-duty officer was siting in his car getting gas pumped into his vehicle by the station attendant when two armed men approached.

One of the armed men entered the station attendant's booth and demanded money from a worker while the second man remained outside and told the off-duty officer and the gas station attendant not to move.

A loaded .44-caliber revolver was recovered at the scene.

"As the two suspects exited the gas station, the off-duty officer identified himself as a police officer and gave them verbal commands to stop. The two suspects turned around towards the officer with the guns in their hands," NYPD Chief of Patrol Rodney Harrison said.

The officer then fired and struck one of the men in the torso.

The man, identified by police as 19-year-old William Simon, was taken to a hospital where he died. Simon has one prior arrest, a police source told PIX11.

The NYPD said the officer was not injured. The officer is with the NYPD’s intelligence division, a police source told PIX11.

The second suspect ran away, heading west on Avenue D. He is about 6 feet tall and was last seen wearing a grey hooded sweatshirt and blue jeans, police said.