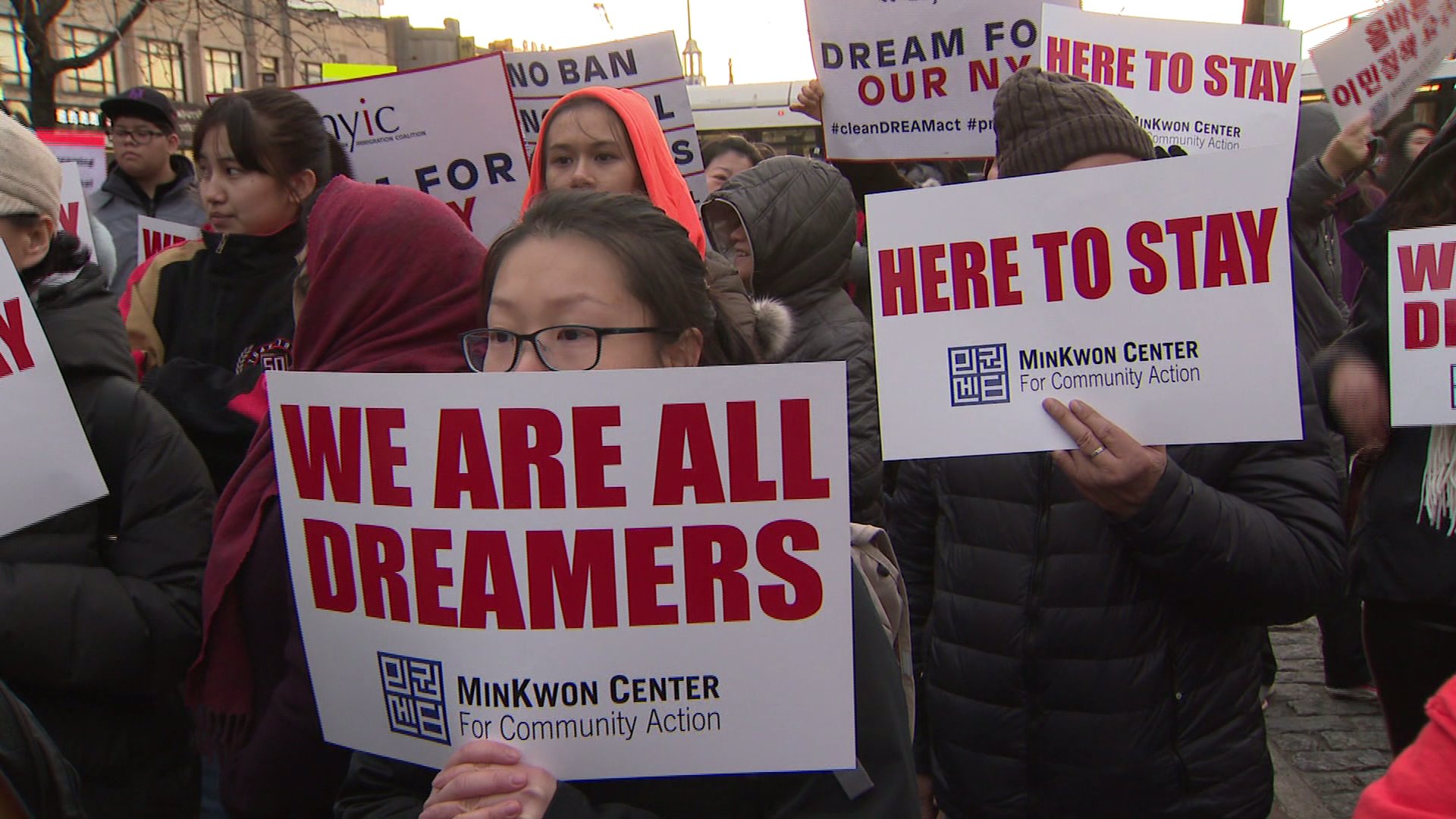 DACA recipients, known as "Dreamers," and immigrants with "Temporary Protected Status" (TPS) all stood together as one community Monday night, exposed to the frigid weather, and the frailty of their undocumented immigration status.

DACA recipients, known as “Dreamers,” and immigrants with “Temporary Protected Status” (TPS) — all stood together as one community Monday night, exposed to the frigid weather, and the frailty of their undocumented immigration status.

"I came here when I was 10-years-old," said "dreamer" Jisu Kim. "And I have never been back to Korea. I really can't imagine living outside of Flushing."

"We're not talking about a clean dream act. We're compromising - and we're not here to compromise," said Nepalese Immigrant Anshu Khadka. "We're here to keep everyone in our community safe."

The rally in Flushing, Queens echoed what took place across the country, from Milwaukee, to Chicago, and in the nation’s capital.

A long anticipated March 5th deadline to produce new protections for Dreamers failed to do so, unless you count as progress yet another round of the blame game between lawmakers in Congress, and the White House.

"We are still hopeful that Congress will do their jobs, show up and get something done, and fix this problem, and not kick it down the road and continue to ignore it," said White House Press Secretary Sarah Sanders.

"He made an exception time and time again and said these young people deserve a chance," said Illinois Senator Dick Durbin. "He told me tht personally, repeatedly. I believed him, but there's no evidence that it's happened or that it's going to happen."

But Anu Joshi of the New York Immigration Coalition says the country’s estimated 800,000 Dreamers are not in the clear.

"There are going to be thousands of DACA recipients who may be submitting their renewal who are going to fall out of status," said Anu Joshi of the New York Immigration Coalition.

In spite of the Supreme Court's decision, which would appear to give some relief to Dreamers, the federal government is not accepting any mew DACA applications."