2 children dead, pregnant woman and 2 others injured after being struck by driver in Park Slope 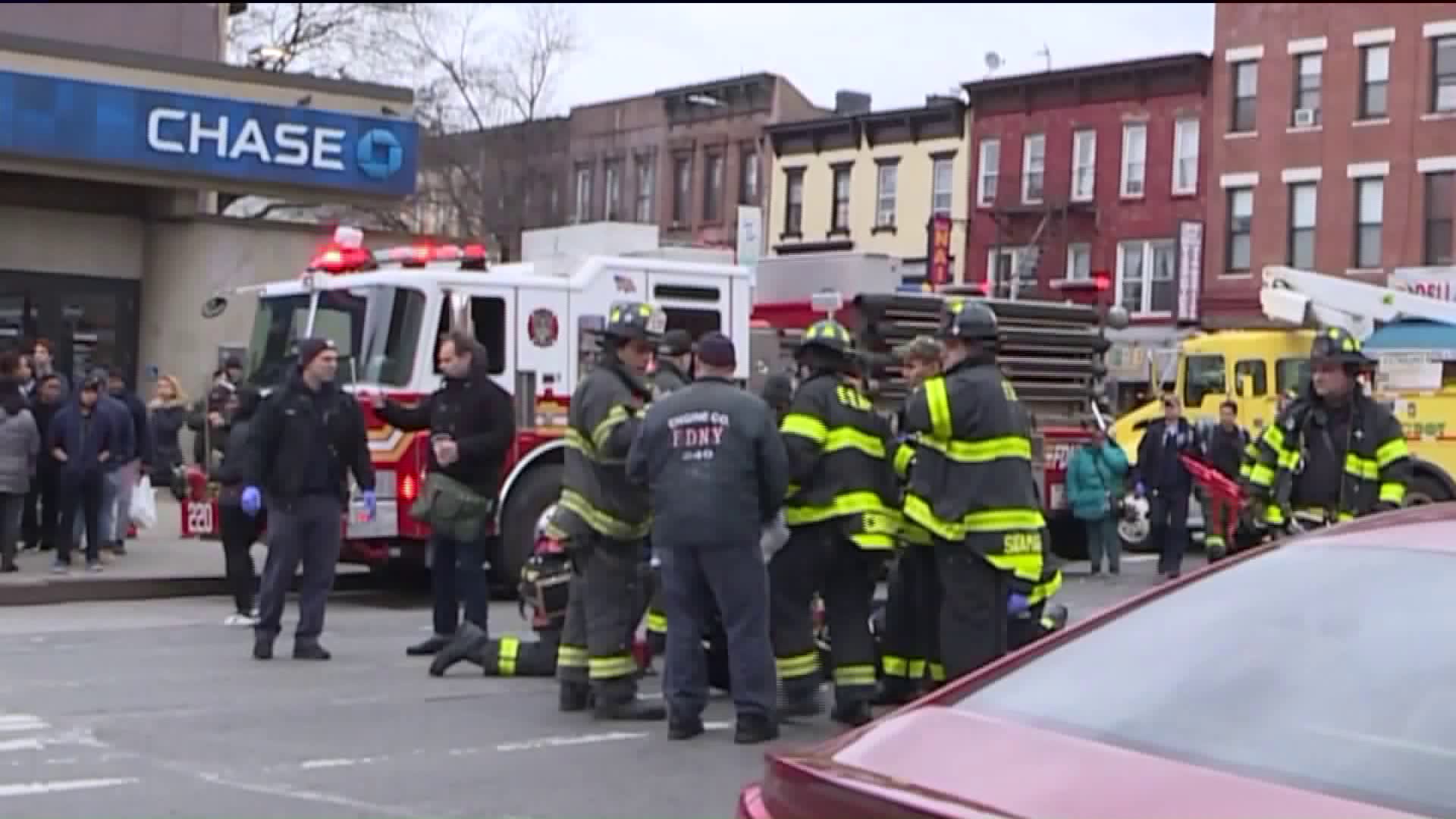 Two children are dead and three adults, including a pregnant woman, are injured after being struck by a driver, who witnesses say attempted to flee, in Brooklyn.

PARK SLOPE, Brooklyn — Two children are dead and three adults, including a pregnant woman, were injured after being struck by a driver, who witnesses say attempted to flee, in Brooklyn on Monday.

The pedestrians were struck by a 2016 Volvo S60 Sedan at the intersection of Ninth Street and Fifth Avenue in Park Slope around 12:40 p.m., according to police. A PIX11 reporter on scene witnessed a pregnant woman and two children in a stroller get off a bus when they were struck. The driver appeared to be speeding up to make it through a light.

The scene of a fatal crash at Ninth Street and Fifth Avenue in Park Slope, Brooklyn, on March 5, 2018. (Andrea Cavallier/PIX11)

When police responded, they saw two children and two women lying on the pavement with various injuries to their heads and bodies. All four were taken to a local hospital where the two children, identified as 4-year-old Abigail Blumenstein and 1-year-old Joshua Lew, were pronounced dead, according to police.

The pregnant woman has been identified as Ruthie Ann Blumenstein, a Tony Award-winning actress known by the stage name Ruthie Ann Miles. She was critically injured in the incident.

Police said the other injured woman, Lauren Lew, and a 46-year-old man were also injured and hospitalized, according to police.

The driver, Dorothy Bruns, 44, apparently attempted to take off after hitting the victims, but crashed into a parked and unoccupied car before coming to a stop. She was also taken to the hospital.

Police sources tell PIX11 News they are looking into whether or not Bruns may have had medical condition when she hit the pedestrians after she claimed she had a seizure. She has passed a blood alcohol test, police sources said.

The Volvo Bruns was driving was cited for speeding through a school zone four times and running red lights, according to published reports.

No arrests have been made at this time.