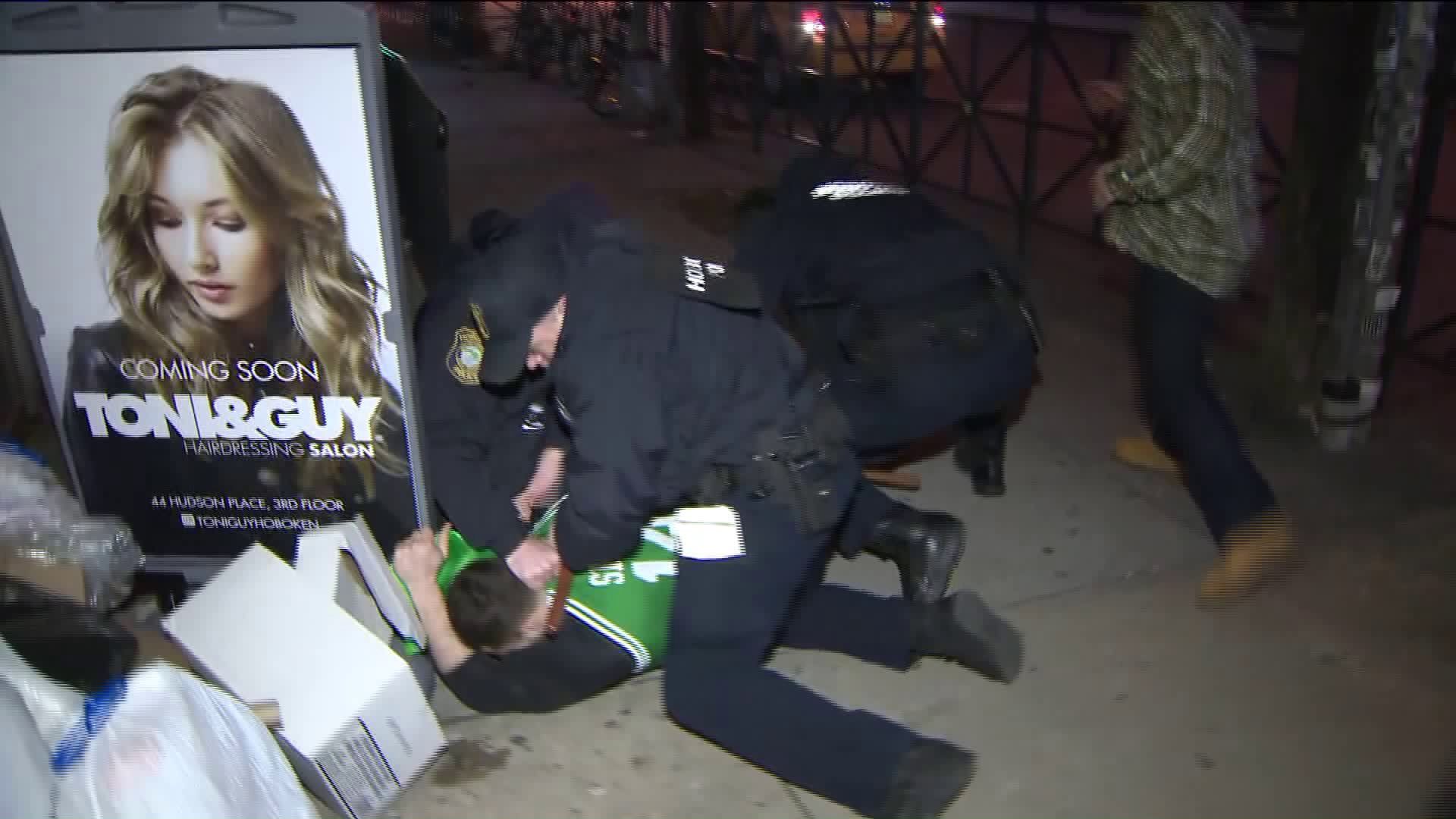 A man was arrested for disorderly conduct and for attempting to flee police at Hobokens LepreCon bar crawl.

HOBOKEN, N.J. — There was an increased police presence at this year's 'LepreCon' bar crawl in Hoboken on Saturday.

250 officers were out in force to make sure the celebrations did not get out of hand like they did last year.

"[Last year] we had 28 people go to hospitals, we had 11 arrests, 488 calls for service in 16 hours," Hoboken Police Chief Kenneth Ferrante told PIX11.

This year, Ferrante said there have only been two LepreCon related arrests. The first arrested happened at 4 p.m. A 25-year-old man was charged with aggravated assault and resisting arrest for assaulting a state Alcohol Beverage Control investigator, the chief said. A second man was arrested at 8 p.m.

"A 24-year-old from Pearl River , NY was on River Street, acting disorderly. He was stopped to be issued a summons and instead ran from police, until the next block there were more police. Arrested for Obstructing the Admin of Law," Ferrante said on Twitter.

At 2 p.m. Ferrante tweeted that the police shut down the first disorderly house party of the day at 508 Washington Street, with 35 people in a second floor four bedroom apartment. The residents still do not know what they did wrong to deserve a $2,000 dollar ticket.

"The authorities have been cracking down, so even something as small as the party that we were having created some sort of nuisance," partygoer Michael Bedford told PIX11. "They're getting a little more serious and that's why we can't have as much fun anymore."

In addition to the increased police presence, the city’s Alcohol and Beverage Control Board also banned five bars from participating in this year's St. Patrick themed bar crawl, citing a history of past violations. Newly elected Mayor Ravi Bhalla has been taking sweeping efforts to address what he sees as the city’s rowdy, family un-friendly image.

Just took another tour to assess status around the City. It’s looking like people are having fun and staying safe. Thank you to all the bar owners who have worked hard to follow city & state laws. I have reports from State ABC saying bars has been in compliance today. Kudos! pic.twitter.com/GJU58XhYSe