Thousands without power in NYC during major storm 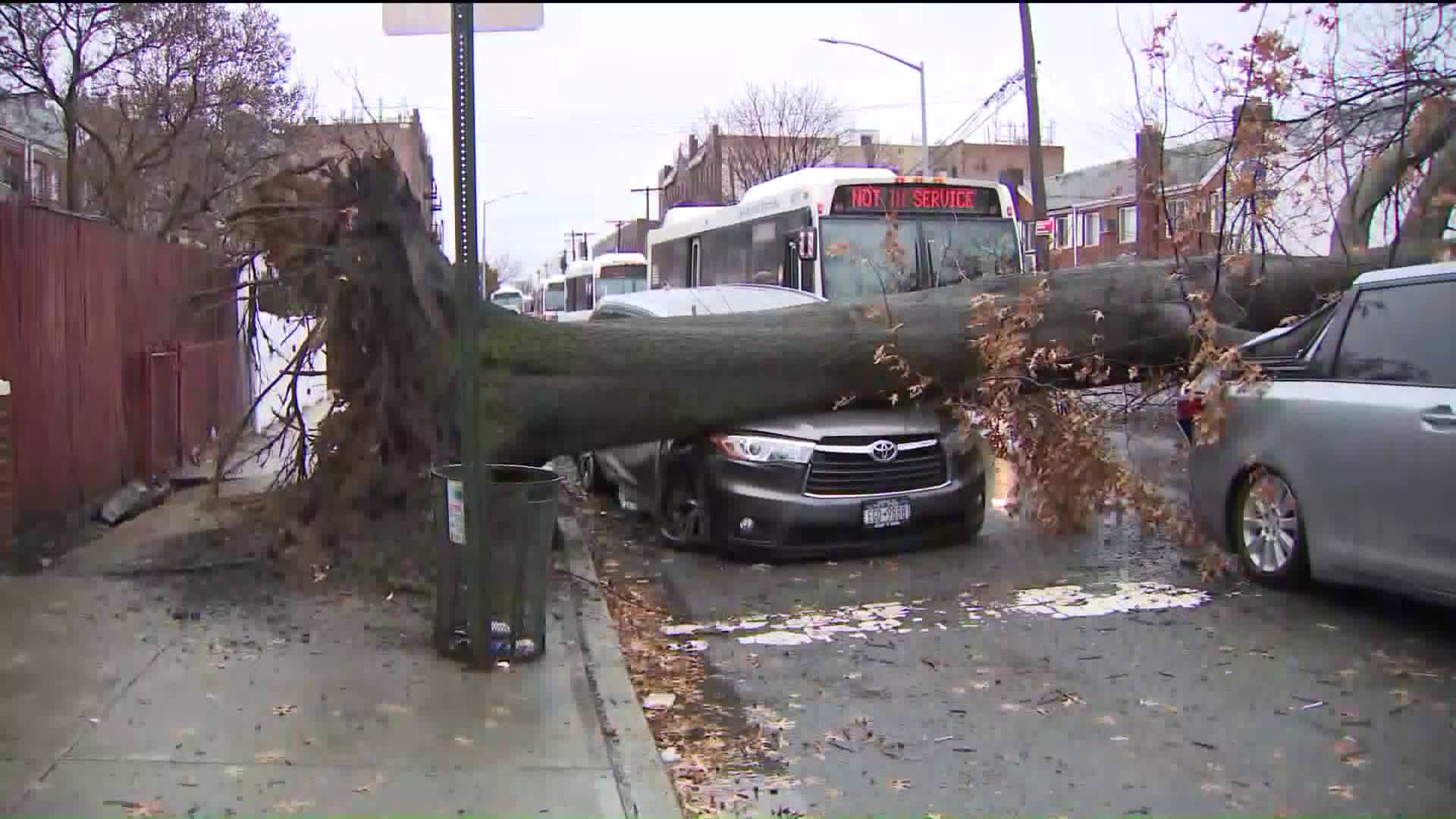 The storm slammed the area Friday.

Con Edison crews has restored power to 5,000 people who lost service since the start of the storm. Crews remain on the streets to restore service to the 40,200 customers still without power. Of those, about 28,000 are in Westchester and the rest scattered throughout the outer boroughs of New York City.

Among the outages were more than 2,000 Con Edison customers in NYC without power.

In the Bronx's Throgg's Neck, more than 1,600 customers were powerless due to downed wires as of 1 p.m. Power was expected to be restored by 10 p.m., according to Con Ed.

In College Point, Queens, more than 1,100 customers were without power for unknown reasons. The estimated restoration time was 7 p.m.

Besides the two major outages in NYC, a Con Ed outage map shows customers without power sprinkled throughout the five boroughs.

The National Weather Service says Buffalo received 8.4 inches of snow by 7 a.m., a record for that date, and areas south of the city were under 20 inches or more. The Rochester area was closing in on a foot of snow.

Accumulation were lower in eastern parts of the state, but the heavy mix of snow and rain made traveling hazardous, especially in the high-elevation areas like the Catskill Mountains.

Click here to see a map of the outages across NYC.