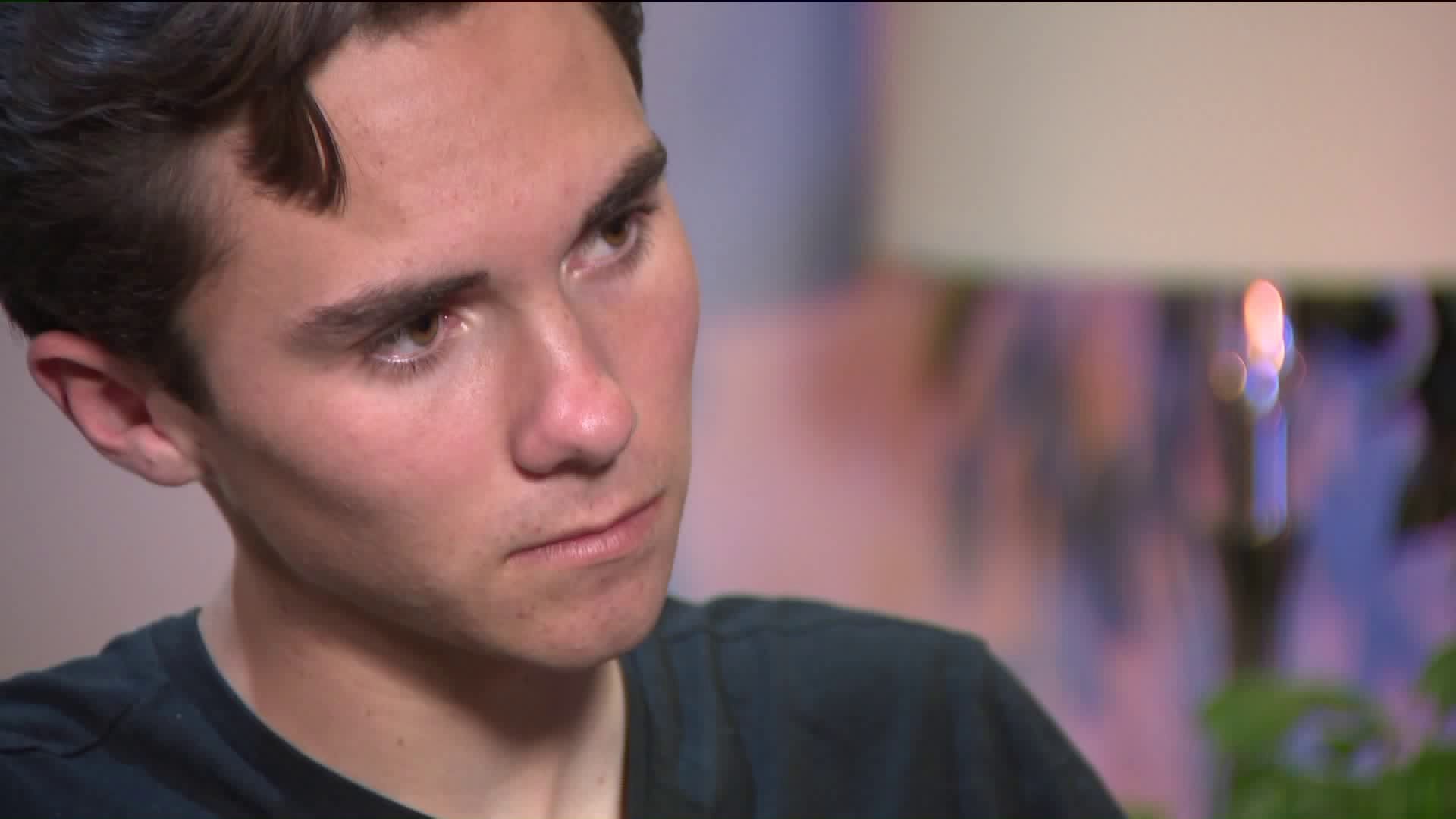 Two weeks to the day, 17 people were killed in yet another mass shooting. Now, survivor David Hogg talks about life after tragedy, and his newfound mission gun control.

NEW YORK — Two weeks after surviving a school shooting that claimed 17 lives, student-turned-activist David Hogg says he is determined to turn up the heat on the gun debate and make change.

Hogg is one of several students from Marjory Stoneman Douglas High School who has loudly and actively campaigned for gun legislation reform since the Valentine's Day shooting.

Even as Stoneman Douglas students returned to their Parkland school Wednesday for the first day of classes since the massacre, Hogg told PIX11 he will not lose momentum.

“I will be able to maintain this level of frustration consistently because we are millennials, we love complaining and we love thinking that we can change the world, and actually changing it,” Hogg said.

What does Hogg want?

Universal background checks, raising the age requirement to purchase a gun to 21, and laws blocking anyone with a history of mental health disorders or a criminal background or history or domestic violence from getting a firearm.

In Florida, the State House and Senate on Tuesday approved bills that would raise the minimum age to guy a gun to 21, require a three-day waiting period for most gun purchases and increase funding for school safety measures — including a controversial program to arm trained school staff to carry concealed weapons, the New York Times reports.

The idea of arming teachers, which President Donald Trump has pushed since the shooting, is "disgusting" to Hogg.

Among the reasons critics have pushed back against arming teachers and school staff is the concern that it wouldn't make a difference.

Hogg noted the only armed deputy on scene during the Stoneman Douglas shooting had 30 years of experience and failed to enter the school.

He had strong words for the deputy.

"Honestly he should have stepped in and taken action, because I was thinking at the time, thank God we have a school resource officer that’s going to come in and save all our lives. He didn’t, and I think that’s part of the reason why some of these people died," he said.

Hogg, a senior, does not feel safe returning to school — noting that, among other things, glass shattered during the school shooting is being replaced with glass that isn't bullet resistant.

He will go back, however, and after completing his final year of high school, plans to take a year off to campaign for politicians in favor of gun reform. Then he will pursue a career in journalism and politics.

For those online trolls who have claimed Hogg and other survivors are actors who were never victims of a school shooting, Hogg said, "they see us as a threat," and thanked them for getting his message out there.

Among those hearing Hogg's message are the more than 385,000 Twitter followers he has amassed since the shooting.

For fellow students listening, Hogg advises they continue to pay attention, make sure they are registered to vote, then actually get out and vote, and always stay politically active.

Hey FL get registered to vote! It's annoying, I know but that's because they don't want you to make your voice heard so don't let them! register! Get this done. REGISTER RIGHT NOW!!!!!!!! (If you haven't already) https://t.co/tiFcxOVqMg #votethemout