In the wake of wrongful convictions, new group puts citizen monitors in courts 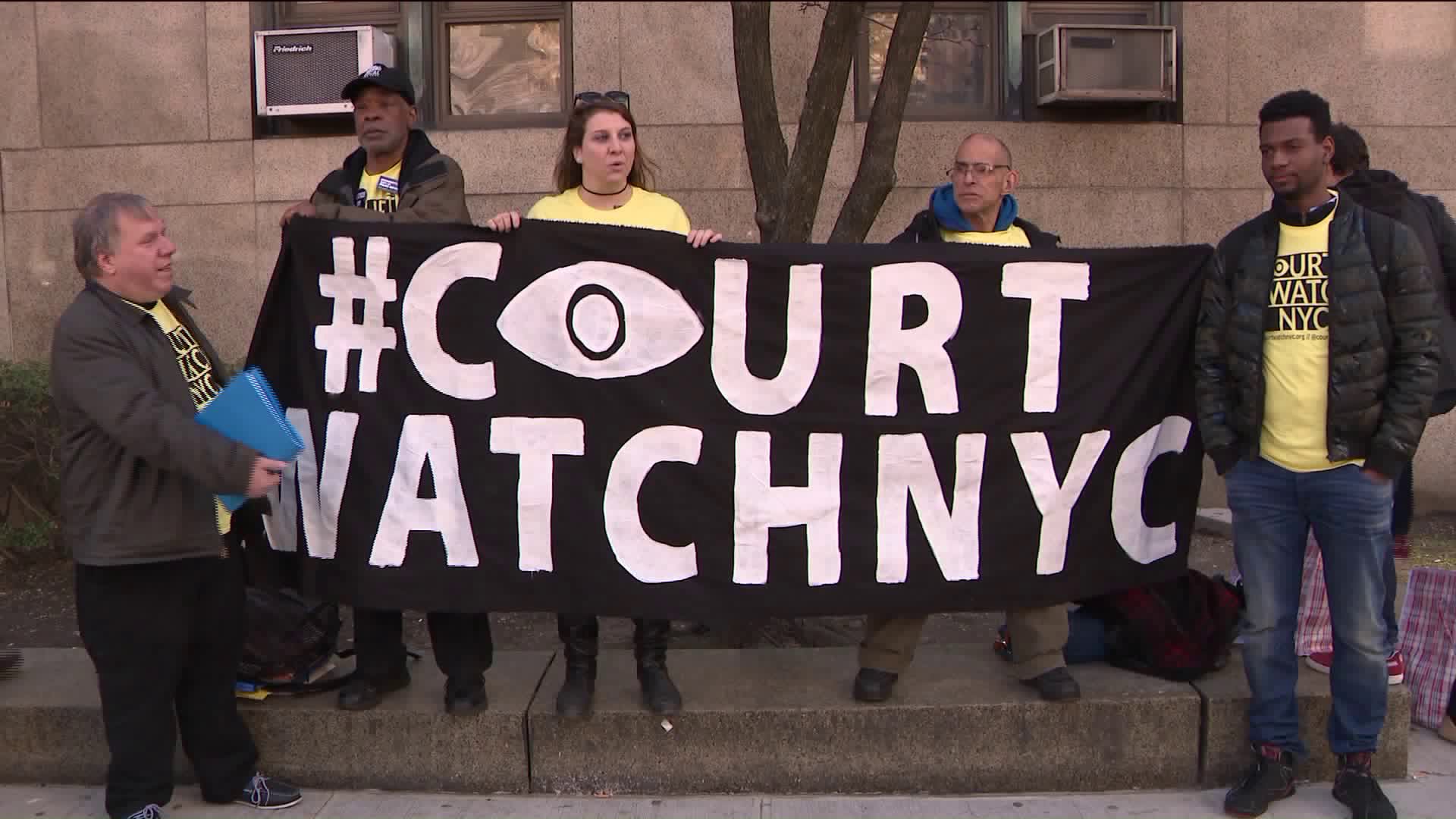 Court Watch NYC rolled out in the wake of at least 21 wrongful convictions being overturned in Brooklyn alone over the last three-and-a-half years, as well as more in other New York City boroughs.

NEW YORK — If knowledgeable, impartial observers are in courtrooms, it's more likely that justice would get done there. That's what backers of a new program, launched on Tuesday, say they intend to achieve.

Court Watch NYC rolled out after at least 21 wrongful convictions were overturned in Brooklyn alone over the last three-and-a-half years, as well as more in the other boroughs.

Carl Stubbs, 67, one of the organization's 150 trained court observers, said at a late-morning rally formally inaugurating the group, that he knows firsthand the effect that wrongful prosecution and conviction can have.

"I have spent more than half my life behind bars," Stubbs told PIX11 News. "Over 37 years of my life."

He said that the conviction that sent him away was for a burglary that he didn't commit, and that if he'd had objective observers at court with him, it may have turned out differently.

"I didn't want people going through what I went through," he said.

That's the reason why he donned the yellow T-shirt of a Court Watcher, joining the ranks of observers that will be deployed to courtrooms in Manhattan and Brooklyn. They'll be primarily in arraignment court in the two boroughs, with the intention of expanding to all five boroughs, the group's founder said.

"As the public, we don't want to see the criminalization," said Alyssa Aguilera, Court Watch NYC's founder and co-executive director of VOCAL-NY, an affiliated defendants' advocacy group. "We want policies to be actually implemented in the courtroom."

Court Watch NYC said that having observers present at a defendant's first court appearance can, among other things, help to reduce cases of exorbitant bail amounts. An example is the case of Pedro Hernandez, in the Bronx last year. His $250,000 bail ensured that his underprivileged family could not get him out of jail for an arrest on manslaughter that PIX11 ultimately showed that he didn't commit.

Some Court Watcher NYC members actually went in to arraignment court in Manhattan on Tuesday. They'd said that they were paying particular attention to ensure that appearances involving defendants having been accused of minor infractions, such as turnstile jumping, or low-level marijuana possession, don't result in incarceration or high bail.

Low-level infractions do not result in arrests in New York City, unless the suspect has an outstanding warrant, or has a substantial criminal record.

It’s Day One of the organization being in operation. What effect it could have, its organizers say, is yet to be determined.

“This is an innovative and new program,” Aguilera said, “so we'll see.”

She said that all of the information that Court Watchers gather will be consolidated and shared via social media and other communications.

“We saw, in real time, we were able to put a little pressure on the prosecutors,” Aguilera told PIX11 News, adding that they’d found at least two instances where harsher penalties than city ordinances allow were given to some defendants.

Meanwhile, the district attorney’s offices for both boroughs where Court Watchers operate had responses to the organization’s activation.

“Open courts are one of the great hallmarks of our justice system,” said a spokesperson with the Manhattan District Attorney’s Office, in a statement, “and we welcome the engagement and public accountability that court observers provide.”

A spokeswoman for the Brooklyn District Attorney’s Office said in a statement that it is “committed to making the criminal justice system in Brooklyn fairer and more equitable.” She added, “Brooklyn sends the lowest percentage of pre-trial detainees to Rikers Island of any borough.”