‘Emergency’ construction on Queens bridge halted after contractor is defaulted 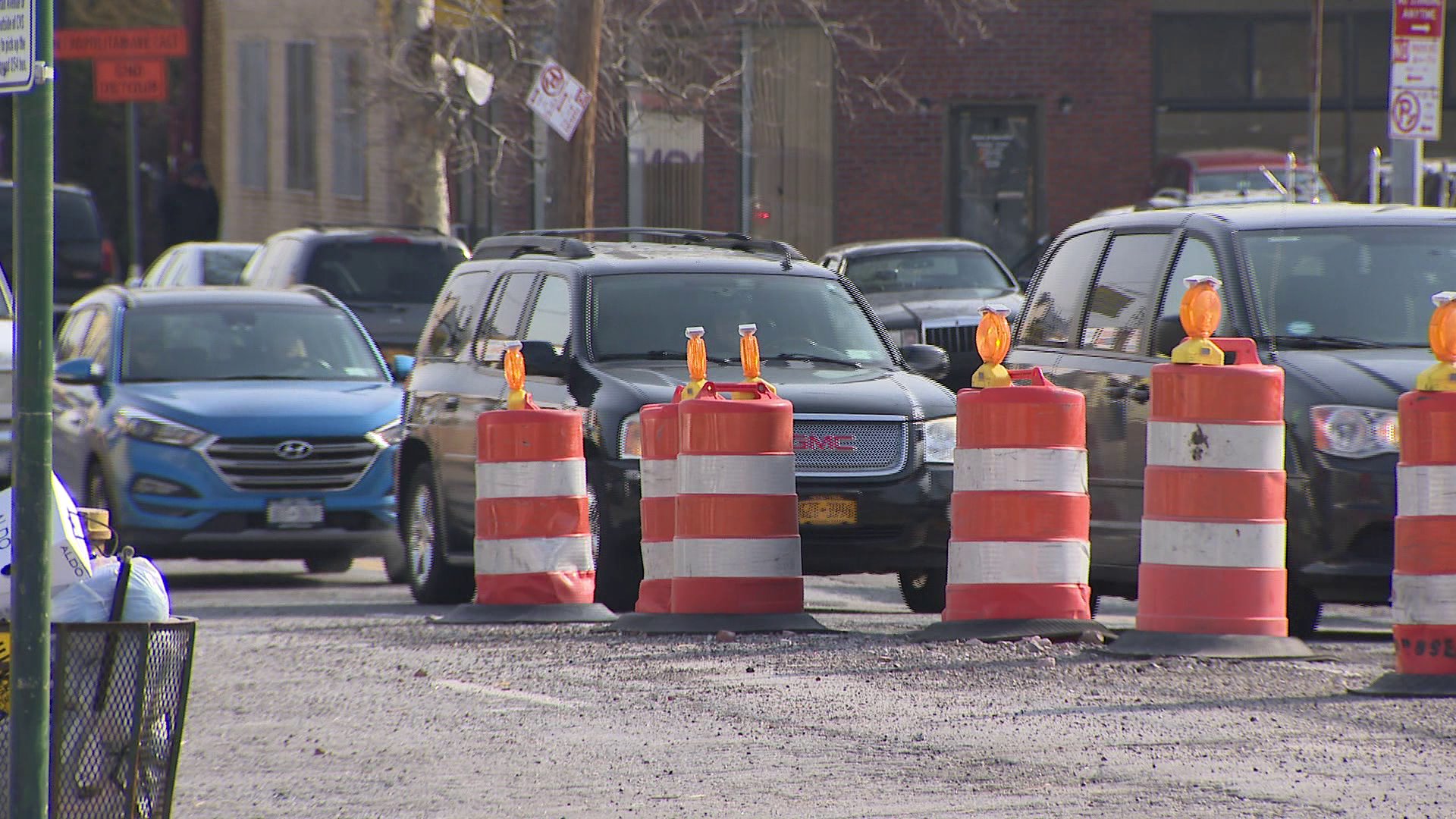 A railroad bridge reconstruction project that has torn up streets and tied up traffic for more than a year at the major intersection of Metropolitan Avenue and Fresh Pond Road in Queens has been halted and there is no end in sight.

Motorists are fuming and merchants are furious.

A railroad bridge reconstruction project that has torn up streets and tied up traffic for more than a year at the major intersection of Metropolitan Avenue and Fresh Pond Road in Queens has been halted and there is no end in sight.

Local officials are not surprised.

“The contractor was suspect because of not having done contracts like this, not having the staff to do this, we felt,” Queens City Councilman Robert Holden said. “When you have a low bidder that’s $3 million less on a $20 million job, that has to send up a red flag.”

Tony Nunziato, president of the Juniper Park Civic Association, said the DOT "should have done more research on the contractor."

Mugrose Construction, based in West Caldwell, New Jersey, is listed on some websites as primarily a home builder with a staff of five employees.

Two New Jersey bridge projects it’s worked on were both late in being finished.

We went to the Mugrose office hoping to speak with CEO Jeffrey Mazur. We were told he wasn’t there, but would contact us. He never did.

A spokesperson for the NYC Department of Transportation said “Mugroses’s experience and qualifications were deemed satisfactory.”

As for the very low bid, the DOT said “the bidder explained his bid numbers to the DOT’s satisfaction.”

However, after working on the project for most of 2017, Mugrose Construction allegedly fell behind schedule and was “defaulted” by the DOT.

The DOT said “the contractor’s bonding agency is in the process of rebidding the project to a contractor who will complete the remaining work.”

When will the work be completed?

The DOT said that “a new schedule will be submitted after the new firm is under contract.”

In other words: there is no projected start or finish date.

That is bad news for businesses in Middle Village and Ridgewood, where the construction is centered.

With the roads torn up and narrowed from four lanes to two, Steve Vinas, the owner of Tropical Restaurant on Metropolitan Avenue, said they've "been losing money weekly. All our customers are going other places. We had a loyal base, but now they can’t park.”

In the meantime, conditions are deteriorating on the 100-year-old bridge above the Long Island Railroad tracks.

Concrete is buckling and crumbling, and metal plates cover the many holes in the pavement. The replacement of the bridge deck is an emergency, according to the DOT.

“It is a nightmare and it's ongoing,” Holden said. “I’m calling for an investigation.”

If you have a story for me, send an email to whatashame@pix11.com.