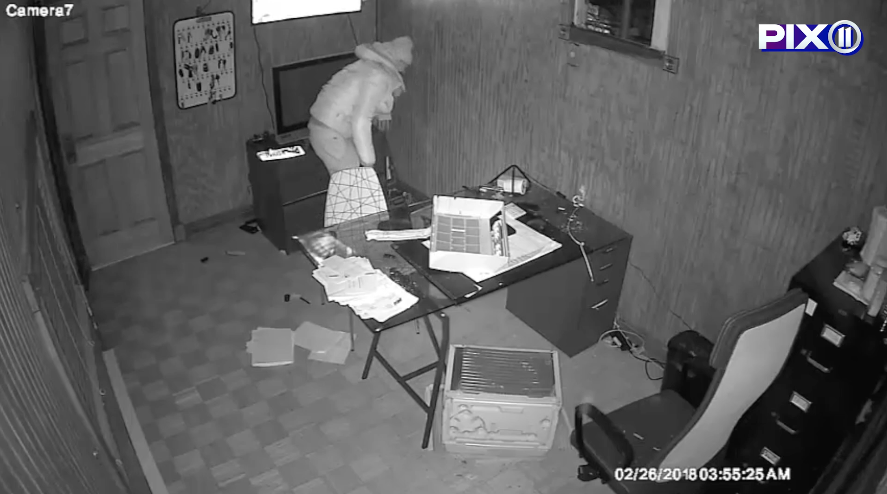 Take a good look at this man. Security footage caught him breaking and entering into N.Y.C Motors in the Bronx through an air condition unit.

Take a good look at this man in the video above.

Security footage caught him breaking and entering into N.Y.C Motors in the Bronx through an air condition unit. He then clumsily looks around an office before stealing two televisions, two computers and $2,000 in cash.

N.Y.C. Motors is near the intersection of E 167th St and Brook Ave. The incident happened early Monday morning.

The thief left the scene in a stolen 2007 BMW from the store, crashing into the front gate on his way out. The car is worth up to $7,000.

Police are also searching for a female suspect who they believe acted as a lookout.  If you have any information about the incident, call the NYPD's Crime Stoppers Hotline at 1-800-577-TIPS (8477).