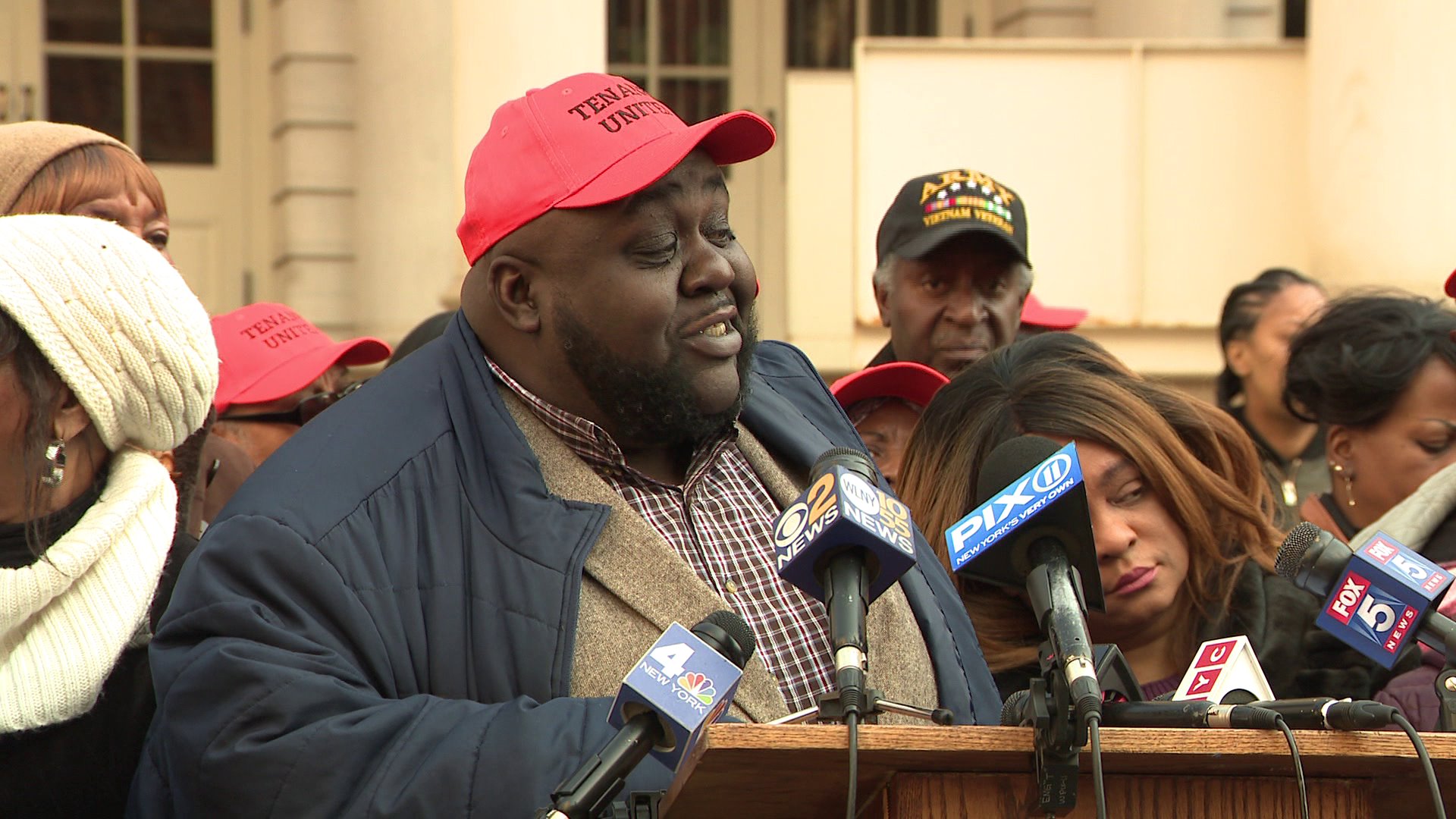 New York City Housing Authority tenants filed a lawsuit over "years of neglect" and "systemic violations of the law."

But minutes before the news conference was to start, just feet away from the podium and about a dozen cameras, the mayor walked into City Hall’s front door, ignoring the protestors.

"He needs to face us. We are the ones that got him in there," Quionones said. "We are human. We just want to talk to him."

“It’s symbolic of an administration that avoids accountability," he said. "A heating crisis on the scale of 320,000 residents. It is a humanitarian crisis."

A spokesperson for the mayor said de Blasio was on his way to a meeting.

He "doesn’t stop to engage with every single protest on City Hall steps," the spokesperson said. "He’s also met with NYCHA tenants many times before, including the CCOP."

NYCHA's Citywide Council of Presidents is filing a new lawsuit. Daniel Barber, CCOP’s president, said it’s not about money, but about fighting for what’s called proof of performance, getting repairs done.

“We are making a statement to the mayor, to the city of New York and to the governor and to anyone else," he said. "We will no longer take crumbs and sit by and live in inhumane conditions."

A spokesperson for the New York City housing authority said:

“While we work closely with the CCOP,  we refuse to limit resident engagement to one group because all tenants deserve to have input in our budget process/priorities. And, despite briefing the CCOP several times on lead, heat and mold, this is the first time their concerns about lead or heat and hot water have been raised as a collective group.”