Tinder for teens: Social app Yubo could open the door to online predators 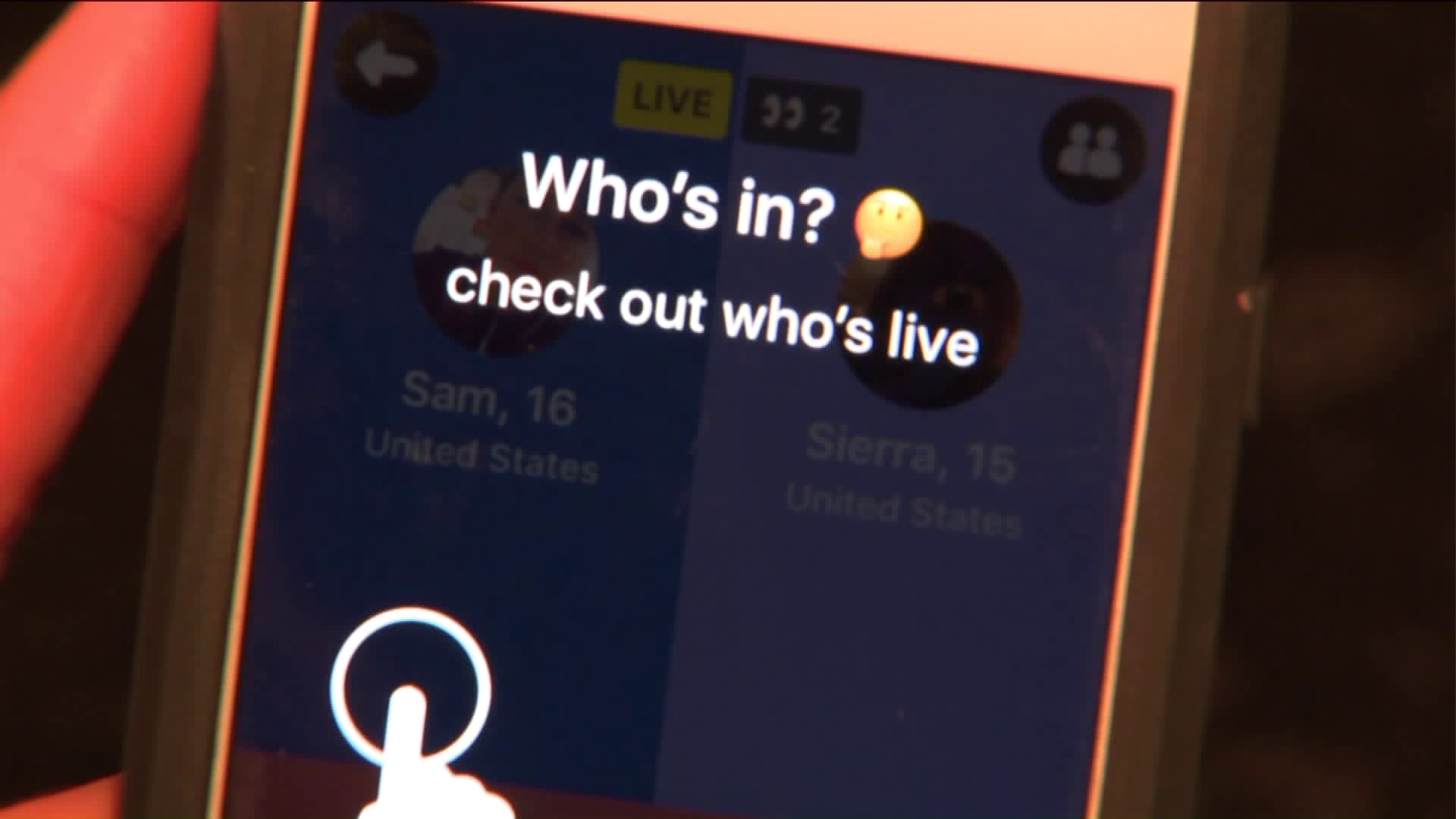 It`s marketed as an app for kids ages 13-17 to make new friends, but with features where you swipe right to like and left to pass, Yubo has become more known as the Tinder for teens.

NEW YORK — It’s marketed as an app for kids ages 13 - 17 to make new friends, but with features where you swipe right to like and left to pass, Yubo has become known as the Tinder for teens.

“It’s sexy and it's fun, and the goal in adolescence these days is to collect lots of friends and connections,” said Dr. Jodi Gold, psychiatrist and director of The Gold Center for Mind, Health & Wellness said. “But it’s also a place where you can potentially hook up.”

And that’s not the only concern.

Chris Hansen , the host of “Crime Watch Daily," said Yubo, and many apps like it, open the doors to predators who lie about their age and create fake profiles to lure innocent children.

“We saw it early on when we first did the '[To Catch A] Predator' investigations . But we only had decoys on two chatrooms basically,” Hansen said. “It’s the 24-hour access, the anonymity and the addictive nature that drives a lot of this stuff.”

According to the child safety website PureSight,  one in five teenagers say they have received an unwanted sexual solicitation via the web, and 75 percent of teens are willing to share personal information online. In almost all underage sexual predator cases, the teens have gone willingly to meet with them.

What’s also new to the app is a live-streaming option where teens chat about anything and everything to complete strangers.

Kathryn Kitt is a mother of three children, each on a mix of social media and social networking apps: “I would not approve of this at all. I would not let them have this app,” she said.

To monitor her children, Kitt said she gets alerts whenever they download an app. She also follows them to see what they are posting and maintains a constant open and honest dialogue about social media with them.

When Kitt and her 16-year-old son Andrew downloaded the app to give it a try, they were surprised.

“It’s so condescending. I hate it,” Andrew said. “The name of this stream … it’s not a name; it’s just called 'rates,' meaning that they posted a picture of themselves trying to look attractive and they’re going to rate them, like how they look. That is vile. You don’t do that.”

“It’s a little pornographic. Some of it. I don’t know how it’s getting passed the censors,” Kitt said.

In a statement, Yubo responded, “When it comes to safety, because our community is young, creating a safe environment for our users is a priority and a responsibility for us.”

Since rebranding in December, the company has increased its security features to include technology to detect fake profile pictures; a child online safety consultant; a required mobile number to register, which is recorded and verified; and a reporting abuse feature to inform the company of inappropriate activity.

“I think security is getting better, but there’s always ways to circumvent it,” Hansen said.

Gold advises parents to be proactive about their children’s profiles.

“You have to understand how your child presents themselves,” she said. “ There’s nothing wrong with making connections online . It’s about why you’re making the connections, for what reason.”

Gold said warning signs of online predation include if your teenager is becoming more isolated or secretive, if their grades drop or if they are avoiding their friends.