LaGuardia Terminal B tests autonomous robot in some passenger areas 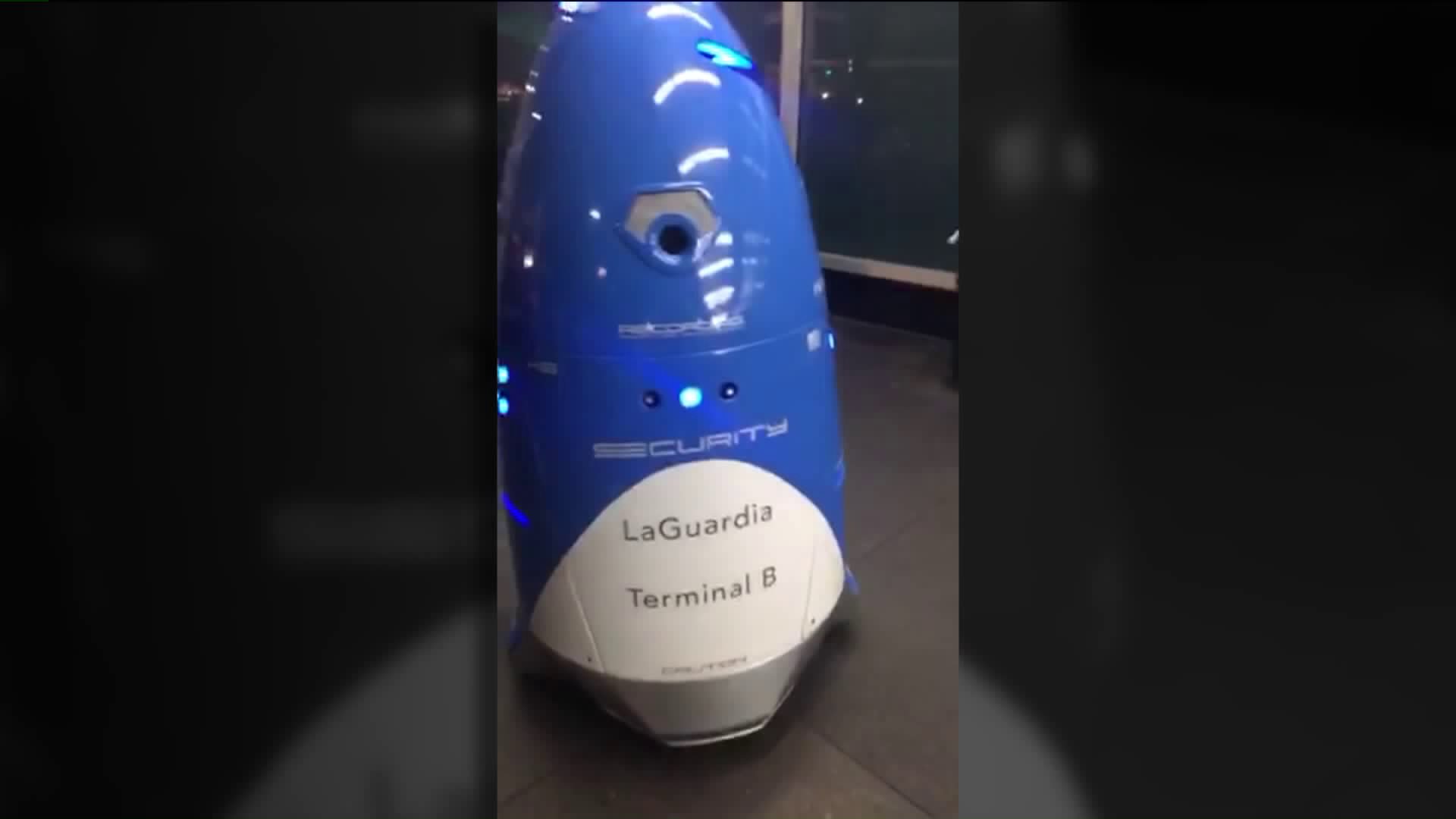 A lot of activity is buzzing around LaGuardia Airport in Queens.

Construction crews are rebuilding the facility and more than 77,000 daily passengers are on the move — along with one robot.

PIX11 News spotted the robot just outside Terminal B in the passenger drop-off and pickup area last week.

The robot, which weighs 300 pounds, moves around and makes a sound. The robot operates self-sufficiently and features cameras, sensors and microphones.

Robots can be configured to assist with security, traffic flow and environmental monitoring. The information the robot gathers can be relayed to assist law enforcement and security personnel.

The manufacturer, Knightscope, has designed robots for use at a variety of locations. But the robots have met some resistance and engendered controversy. A robot in San Francisco was vandalized after it was deployed to shoo away homeless people in a park, and another reportedly knocked into a child.

At LaGuardia, one of the models is being tested at Terminal B. The company says it will have more information at a later date.