8-year-old girl shot in the head in Brooklyn 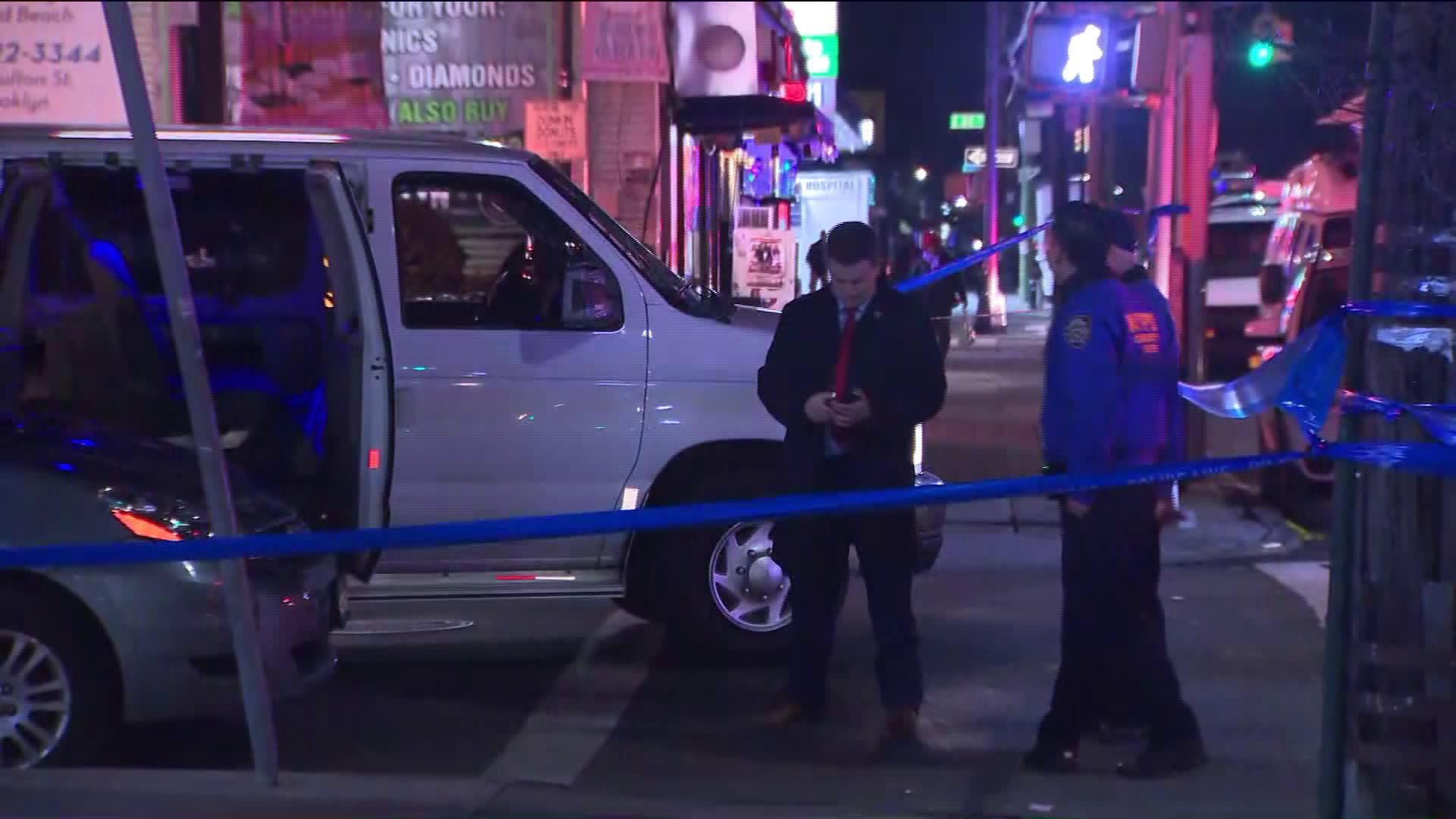 An 8-year-old girl was shot in the head in Brooklyn on Monday night. She was in a van with other children when shots rang out.

CANARSIE, Brooklyn — An 8-year-old girl was shot in the head in Brooklyn on Monday night, police officials said.

She was on Flatlands Avenue near East 83rd Street when she was shot around 5:45 p.m., officials said. The girl was in a van stopped at a red light with several other children when shots were fired by a group of men.

A bullet struck the rear driver's side window and the 8-year-old girl, who was sitting behind the driver, was hit in the back of the head, police said. She was conscious, alert and talking when she was rushed to a local hospital in serious but stable condition.

At least two men ran off from the scene, police said. One was last seen wearing a gray sweatshirt. The other man was wearing red.

Neighborhood resident Jordan Auiinde is nervous after the shooting.

"You’re not safe anywhere," Auiinde said. "It puts things in perspective. It can be anywhere it can happen. You just have to be alert."