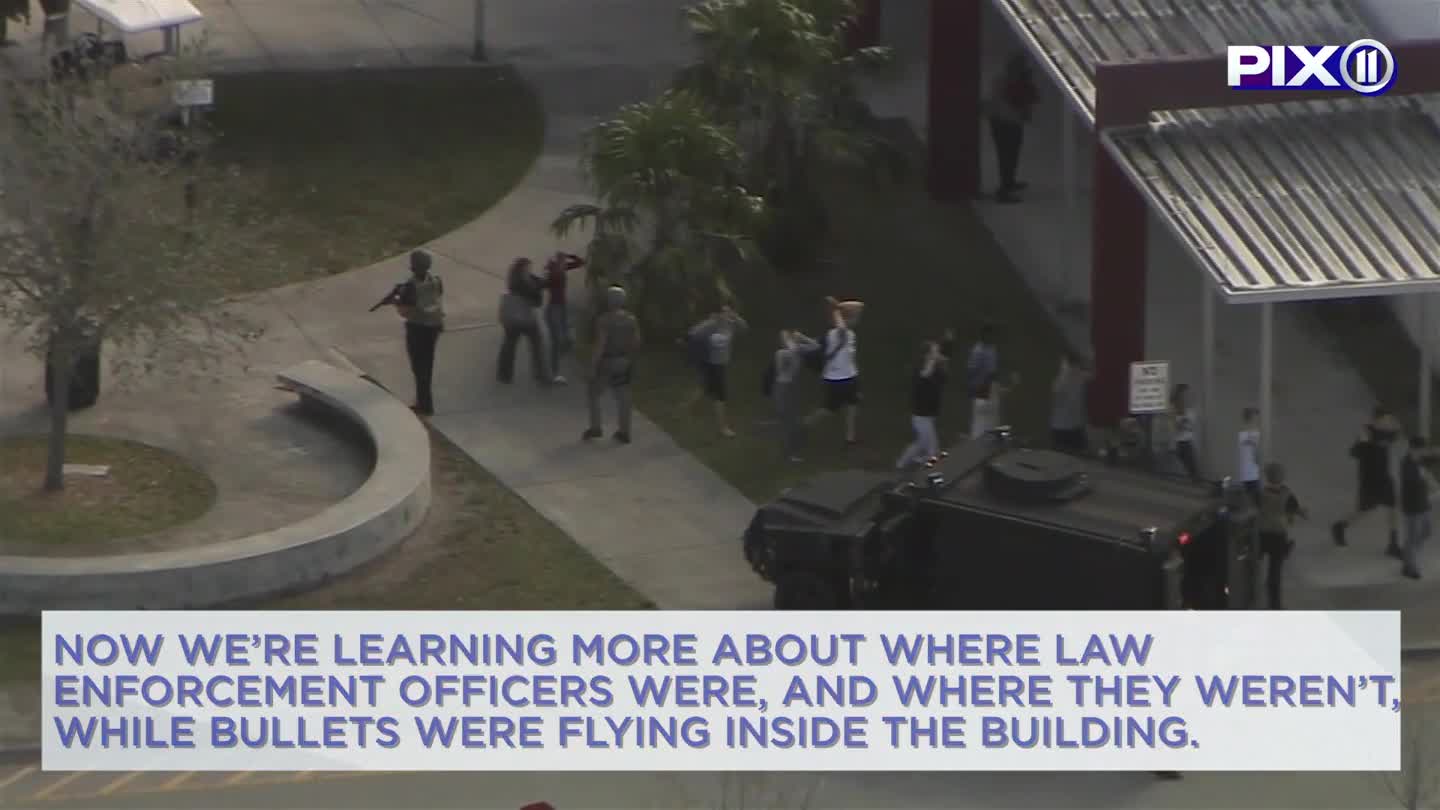 PARKLAND, Florida — The shooting inside Marjory Stoneman Douglas High School in Parkland that took the lives of 17 students and teachers lasted about six minutes. Now we’re learning more about where law enforcement officers were, and where they weren’t, while bullets were flying inside the building.

Broward County Sheriff Scott Israel revealed that the school resource deputy at Marjory Stoneman Douglas High School, Scott Peterson, waited outside the school building as the shooting unfolded.  Peterson was armed, in uniform and knew there was an active shooter, but stayed in position outside the building. He has since resigned.

Sources from the Coral Springs Police Department said that three other responding officers also remained outside. They reportedly had their guns drawn but stayed hidden behind their cars. Coral Springs officers were the first to go inside the school. The Broward Sheriff's Office said it is investigating these reports.

Additionally, the FBI has admitted that it failed to act on a tip received just last month warning that shooter Nikolas Cruz was a potential threat.

"I know he's, he's going to explode," the caller, who appears to know Cruz, told the FBI tip line. "I just think about, you know, getting into a school and just shooting the place up."

The caller also told the bureau that Cruz had pulled a rifle on his mother and said on Instagram that he wanted to kill people.