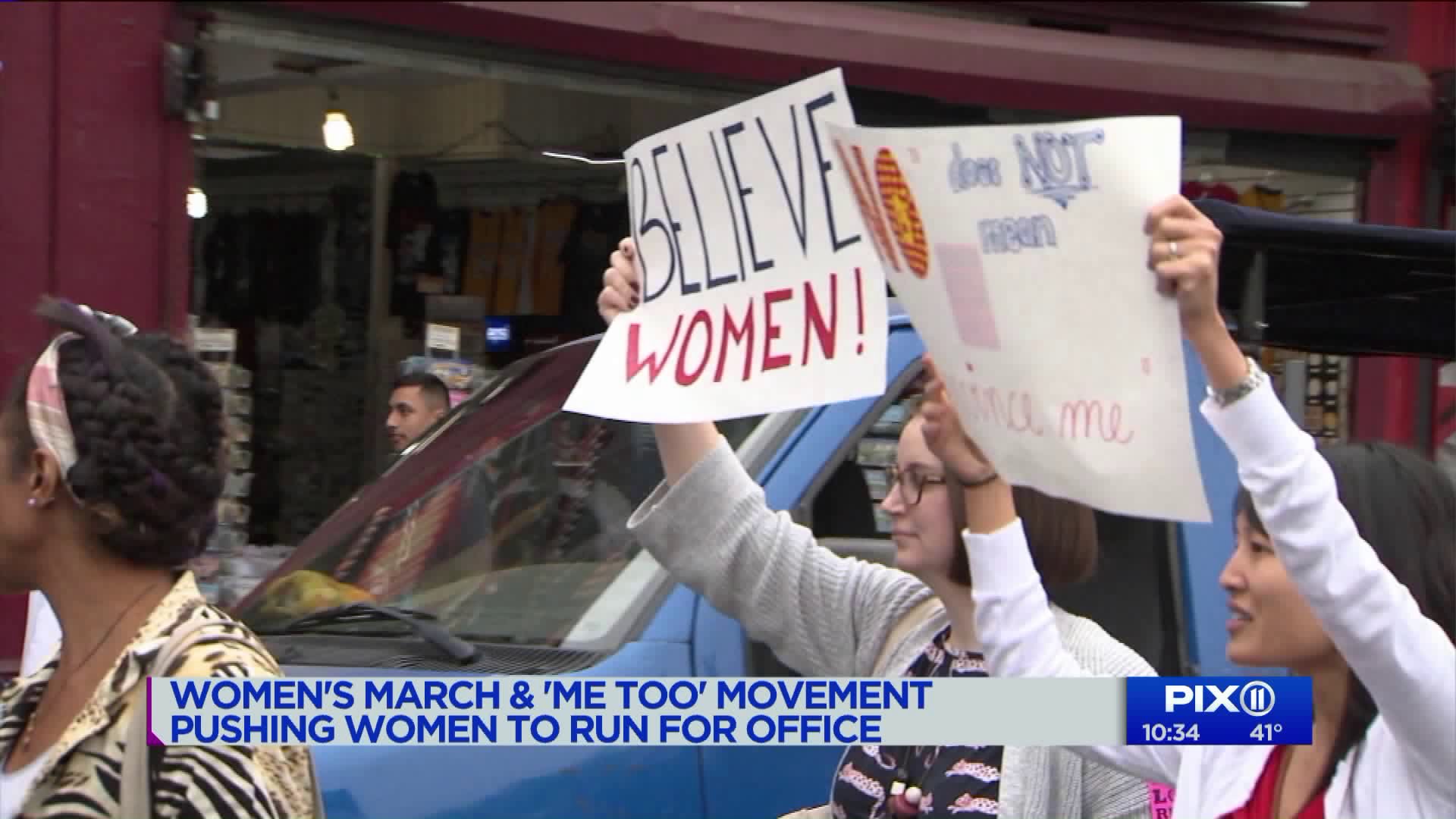 The Women`s March and the MeToo movement has inspired more women to run for office.

WESTCHESTER, N.Y. — Omayra Andino has been overseeing group homes and working with people who have disabilities in NYC and Westchester for decades. Now, the 48-year old mother is hoping to use her skills on a political platform.

“I feel empowered because I see women stepping up who’ve never done this,” Andino said.

She and her friend, Sarah DeRise, are running for trustees in Tuckahoe, her hometown in Westchester county. The election will be held on March 20.

This is the first time Andino is campaigning. She admits it can be intimidating, but says she’s ready for the challenge.

“We’re the underdog because we’re women and because the Republicans have dominated,” she said. “You need the village’s voice to be heard as a whole, not just a few."

Andino is one of hundreds of women in the country who are now fighting for a seat in American government. There’s been an uptick in women running for office. Analysts say the Women’s March and the MeToo movement have pushed women to want to do more.

“I think it’s time for women to take a step and do this,” Andino said. "Women in our role have a lot of different responsibilities and often we shy away from politics and leave it up to someone else."

And many New Yorkers agree. Currently, women hold only 11 out 51 city council seats. There's a strong push to elect 21 women to the NYC council by 2021.