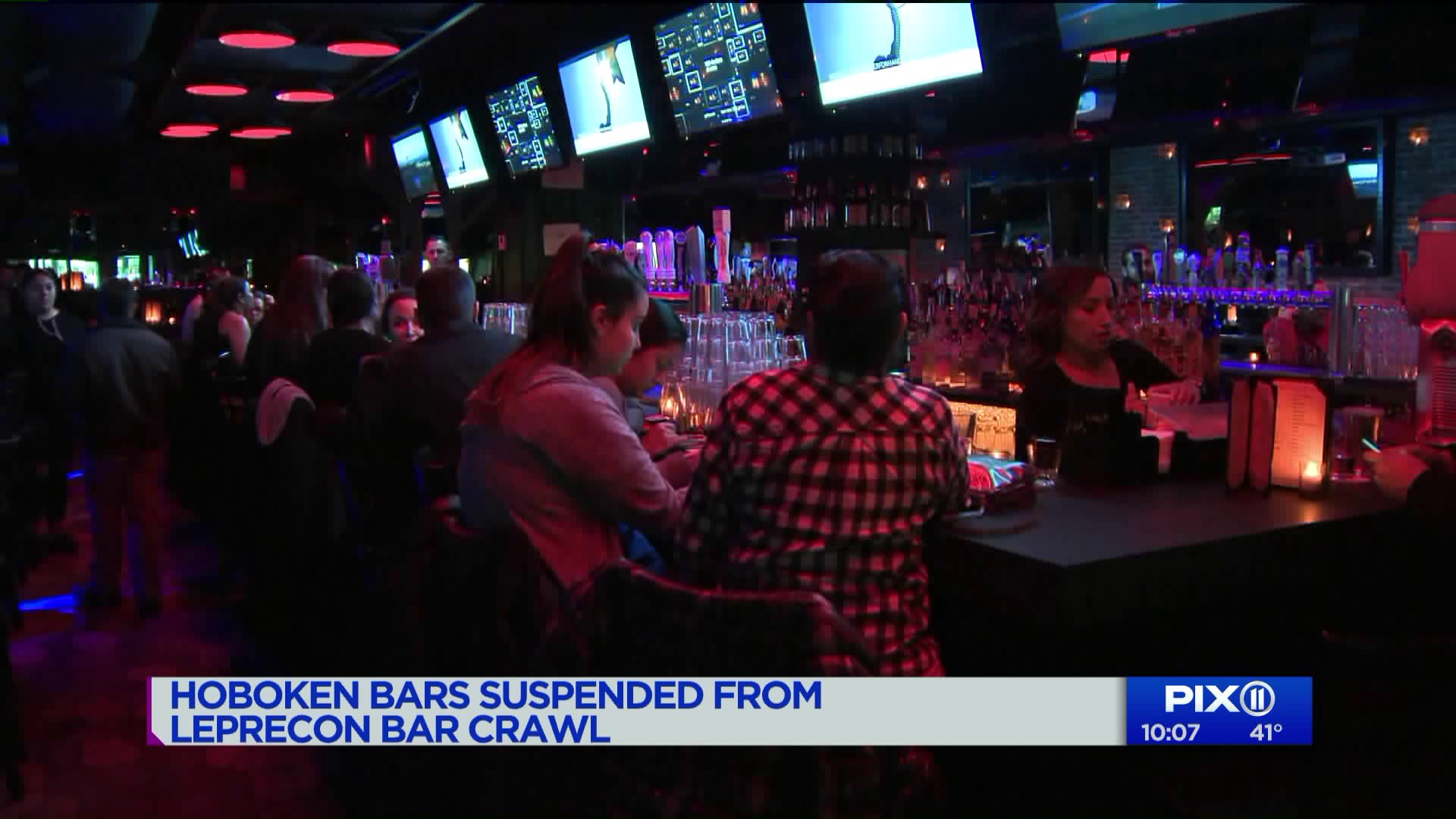 Hoboken has suspended 5 bars and banned them from participating in the annual LepreCon bar crawl.

HOBOKEN, N.J. —Hoboken has suspended five bars in the city and banned them from participating in this year's LepreCon, the city's annual, pre-St. Patrick’s Day bar crawl set to take place on March 3.

It is part of a sweeping effort by newly elected Mayor Ravi Bhalla to address what he sees as the city’s rowdy, family un-friendly image.

“Hoboken is evolving into a very family friendly, family oriented community. These 'con' events are not consistent with what Hoboken is today,” Bhalla said. “95 percent of the bar owners are very responsible...For those small bad apples, they are chronic offenders."

The city’s Alcohol and Beverage Control Board came down hard on 11 establishments that have liquor licenses, citing a history of past violations. But four of them were slapped with the most severe sanctions.

1-Republik, one of the most popular bar-restaurants in the city, will begin serving a 30-day suspension on May 21. The owners have decided to close for good.

Manager Mike McClarty argues the city is simply trying to make an example of 1-Republik.

"To say that we’re the only ones, or the cause of this holiday that’s been around forever, is not fair," he said.

“we’ve never shut down before. The waitresses were in tears, the bartenders are in tears. Last night, a lot of them used this job to pay for college, to better themselves. A lot of them have been here for 7, 8 years,” said mcclarty.

The Hoboken Bar & Grill is also serving a 30-day suspension that began on Friday. The Green Rock Tap and Grill will be suspended for 20 days, Mill’s Tavern for 24 days and The Shannon for two days. All bars will be closed on the day LepreCon takes place.