Girl, 8, recovers after being hit in the head by falling plank at unpermitted construction site 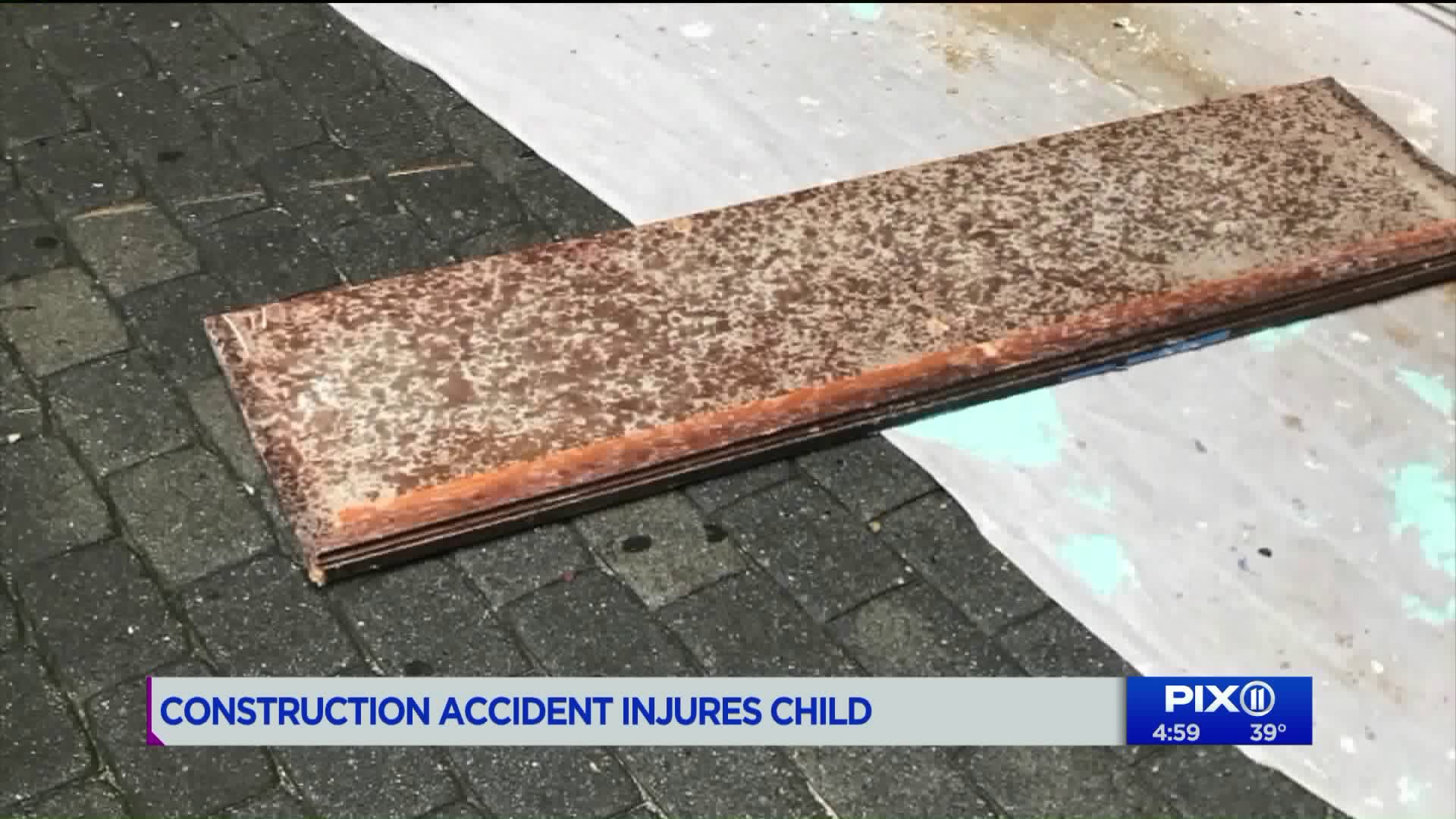 JACKSON HEIGHTS, Queens — Witnesses said it sounded like a gunshot. It wasn't, but a construction accident here Friday morning had the potential to be just as deadly.

Around 9:35 a.m., workers at a during a refurbishment in a fourth floor apartment threw a four foot by one foot wooden plank out of a window. It landed below on the head of Tatiana Devia, 8, leaving a bad wound.

The third-grader had been home with her family, on winter break.

"We were stepping out," her mother said, choking back tears. "We were going to have a family day in the park, and we ended up in the hospital. She got three staples on her head, and got a two centimeter laceration."

The impact echoed throughout the apartment building, on 35th Avenue at 83rd Street.

"At first it sounded like a gunshot," said Amine Zarbal, who'd been visiting his brother, who lives in the building, when the plank fell. "But then we got out," he continued, "and we see the little girl."

Zarbar confirmed what the girl's father, Diego Devia, told PIX11 News, that as the family started to come out of the door of their entryway, the father shouted up at the workers to stop for a moment so that he and his family could get by.

For some reason, the contractors did not stop, which endangered the four family members, including the children, Tatiana, and her three-year old brother.

"If that thing would've fallen on him," Ms. Piedrahita said, "it would've killed him."

The apparent construction accident happened exactly one week after a metal step fell off a fire escape in Lower Manhattan, and hit Richard Marchhart, 58, killing him. Two other people were injured in the accident.

Tatiana's family was grateful that her injuries were not life threatening. They said, however, that they were fully aware that they could have been, and that she won't be able to bounce back immediately from the trauma.

"She can't go back to school" until the middle of next week, at the earliest, Piedrahita said, "because she may suffer more concussions, secondary concussions," she said that doctors had told her.

Posted on the building now are stop work orders that the city's Dept. of Buildings issued against the contractor in the wake of the incident. The contractor, MNR Group, Inc., also faces fines for failing to safeguard the site, and performing unpermitted construction work.

Sources familiar with the case told PIX11 News that the fines are expected to be significant amounts.

PIX11 News attempted to contact MNR Group to no avail.