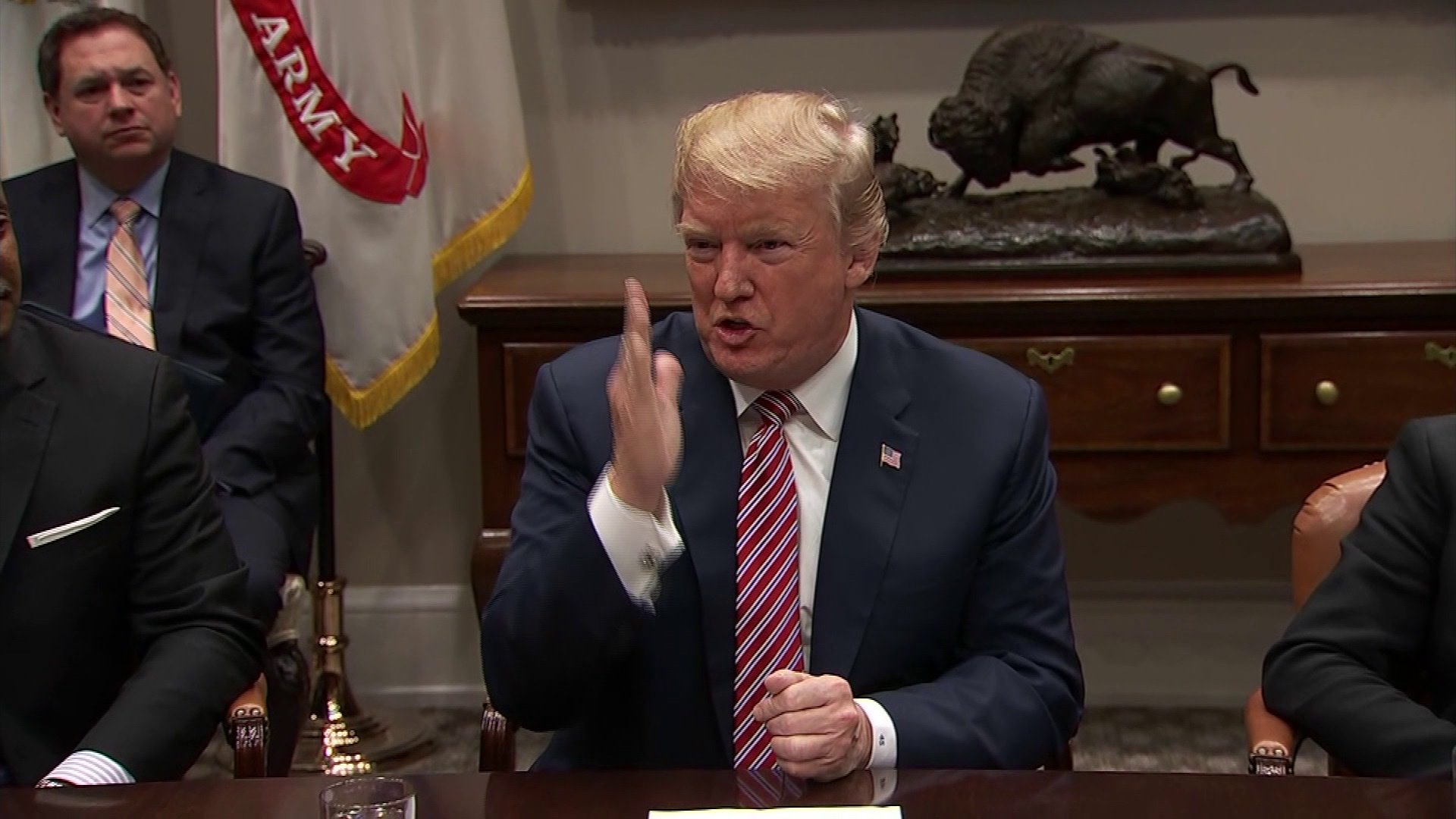 President Trump`s suggestion Thursday afternoon that trained teachers who elected to carry a concealed firearm should be be awarded a monetary bonus put a new twist on an already complicated issue.

In the wake of the Parkland, Florida school shooting massacre, there is little disagreement that laws need to be changed to make it more difficult for someone with mental health issues to buy a firearm.

But President Trump’s suggestion Thursday afternoon that trained teachers who elected to carry a concealed firearm should be be awarded a monetary bonus put a new twist on an already complicated issue.

"If they have the aptitude, I think a concealed permit for having teachers and letting people know that there are people in the building with guns, you won't have -- in my opinion -- you won't have these shootings," he said.

His idea is already being responded to all over.

"Here in Ohio, I have 300 teachers signed up in less than eight hours that want to be trained in firearms and want to have guns," Butler County Sheriff Richard Jones said.

But long time Union, New Jersey high school history teacher Nicholas Ferroni says he would not be willing to take up arms in any capacity. For him it comes down to student safety.

"I would rather throw my body in front of a shooter or tackle a shooter and take that chance than I would ever taking a chance of one innocent life lost because one teacher is - I don't want to say forgetful - but makes some sort of situation where a gun is accessible," Ferroni said.

Students who joined us for the new PIX11 Facebook Live show, “Talk It Out with Jay Dow,” say the country should be talking more about enhanced background checks and addressing mental health issues.

"There are too many possibilities for an accident to happen, for someone to think that someone is a threat," Glen Rock, NJ high school student Casey Bedwell-Coll said. "You never know when someone really nervous or jittery could have a gun and that could be a problem."

You can watch the first episode of “Talk It Out with Jay Dow” here.