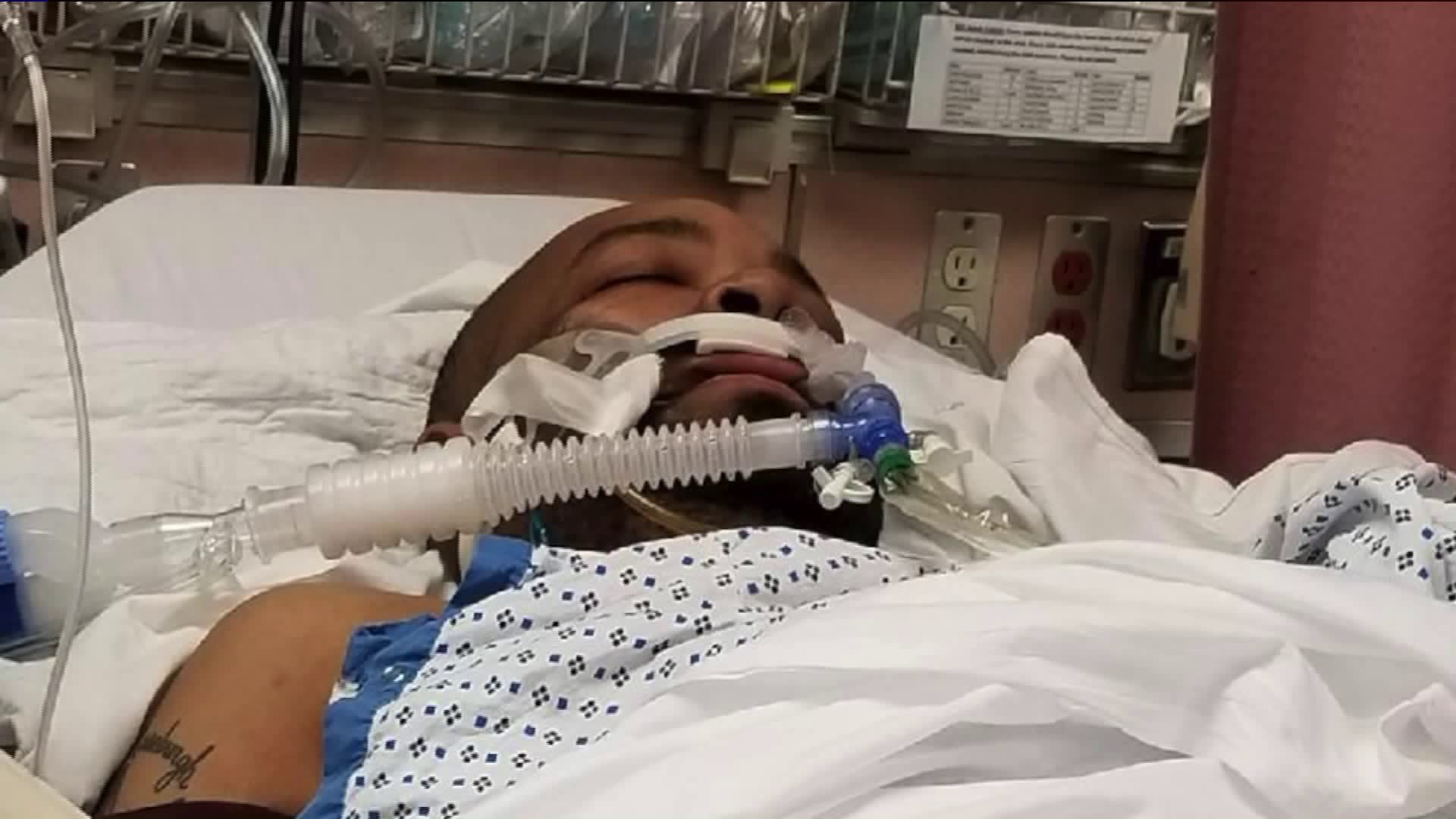 The father of three was knocked unconscious outside his Bronx home. He`s in critical condition.

BELMONT, the Bronx — Friends and neighbors said Philip Roseburgh, 35, was often seen hanging out with his three young children in front of his apartment building in the Belmont section of the Bronx.

“Phillip doesn’t bother anybody. Phil is usually in front with all the kids – the neighbor’s kids, and just enjoying himself, you know – not bothering Anyone,” said friend Afiya Lawrence.

Something went terribly Tuesday evening – an altercation that left the single dad unconscious in the hospital, showing little to no brain activity, according to his longtime friend.

During the altercation, Roseburgh fell and hit his head, knocking him out.

Surveillance video showed the moment when the first responding police officers, followed by an ambulance – arrived on the scene on Garden Street.

Right before the incident, neighbors said he was in a good mood — no one expecting a situation like this to happen.

The person involved in the incident fled the scene.