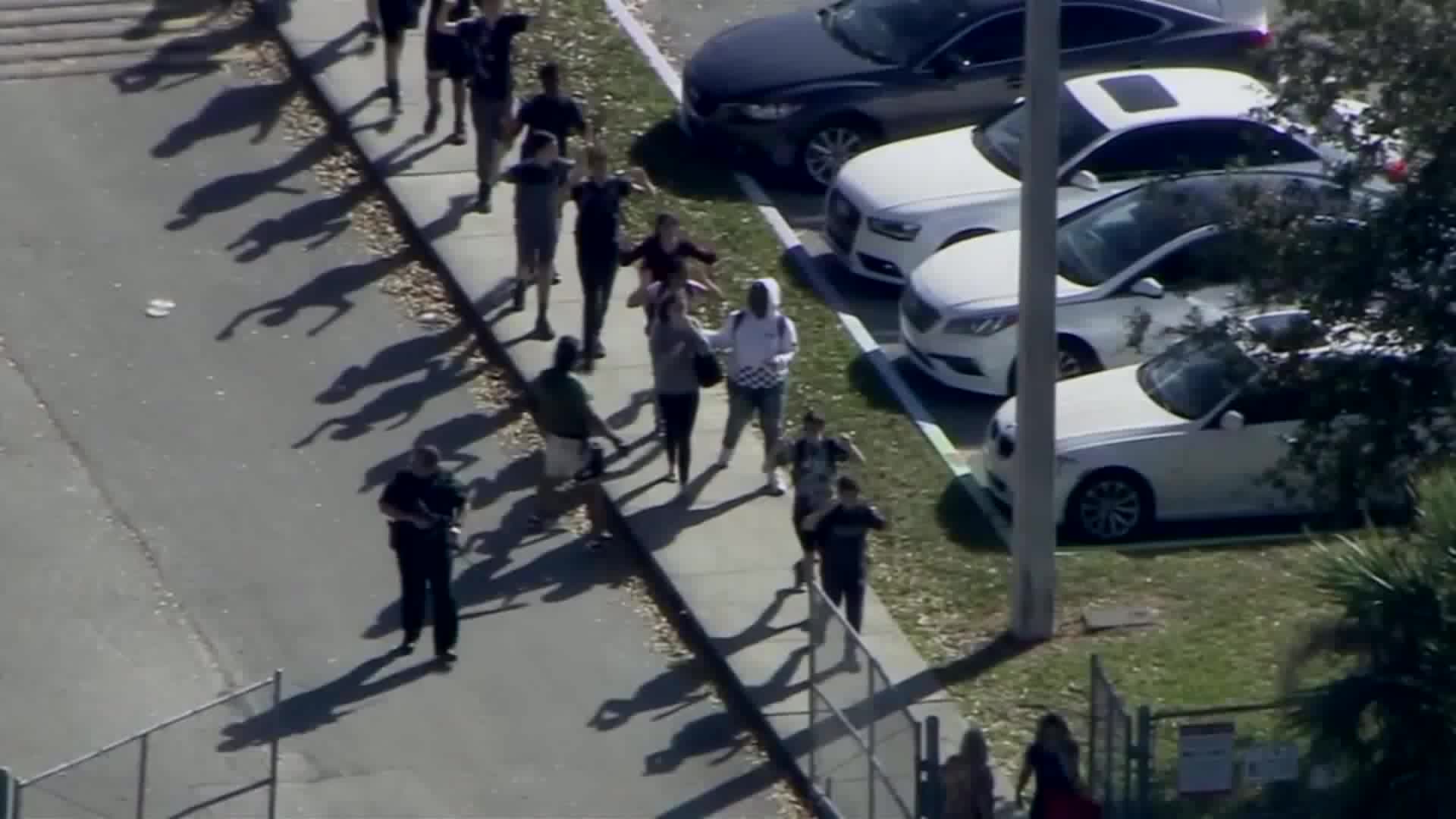 There`s currently at least one school safety agent at each school in the city, but they aren`t armed with guns. Staten Island lawmakers are calling on Mayor Bill de Blasio to send armed NYPD officers to schools.

Councilmembers Joe Borelli and Steven Matteo and Borough President James Oddo are pushing for the measure in light of the school shooting in Parkland, Florida.

This is the letter sent to Mayor Bill de Blasio about bringing armed officers to schools.

“I think we should look at putting police officers who have training, who have the responsibility of having a weapon in our schools this is something voted on by our local school board. After Sandy Hook, there was a lot of talk about this and our local schools’ Community Education Council actually voted in favor of it,” Borelli said.

According to the Department of Education, right now at least one school safety agent is assigned to each of the city’s 1,700 public schools. Some have more than one if it's a larger school.

Safety agents do not carry guns, but they do work for the NYPD under its School Safety Division.

“The school safety agents are great and they do a phenomenal job and they do a very important job of monitoring the front door but unfortunately we have seen school shootings like this one in Parkland and of course Sandy Hook before this,” Borelli said.

The group sent the letter to Mayor De Blasio asking for an armed, precinct cop in each city school when class is in session and during after-school activities.

“We have 40,000 uniform police officer some of these officers are already assigned to schools we are not talking about a drastic change. The reality is this is something that could and will stop a school shooting, unfortunately if a school shooting does happen it will be a police officer that would stop it from happening further,” Borelli said.

The DOE works with the police department to determine current staffing of school safety agents.

Borelli acknowledges the potential costs involved with the proposed plan.

“No one is denying it will cost more money but comparatively this is something we want to talk about that will make children safer, if that’s the case I’m sure we can figure out ways to cut costs elsewhere,” said Borelli.

PIX11  reached out to city hall. A spokesman for the mayor sent us this statement:

“The NYPD makes deployment decisions based on real school-by-school safety evaluations. We aren’t going to second guess those NYPD decisions, nor will we force NYPD deployment where the police department doesn’t believe it’s needed.”