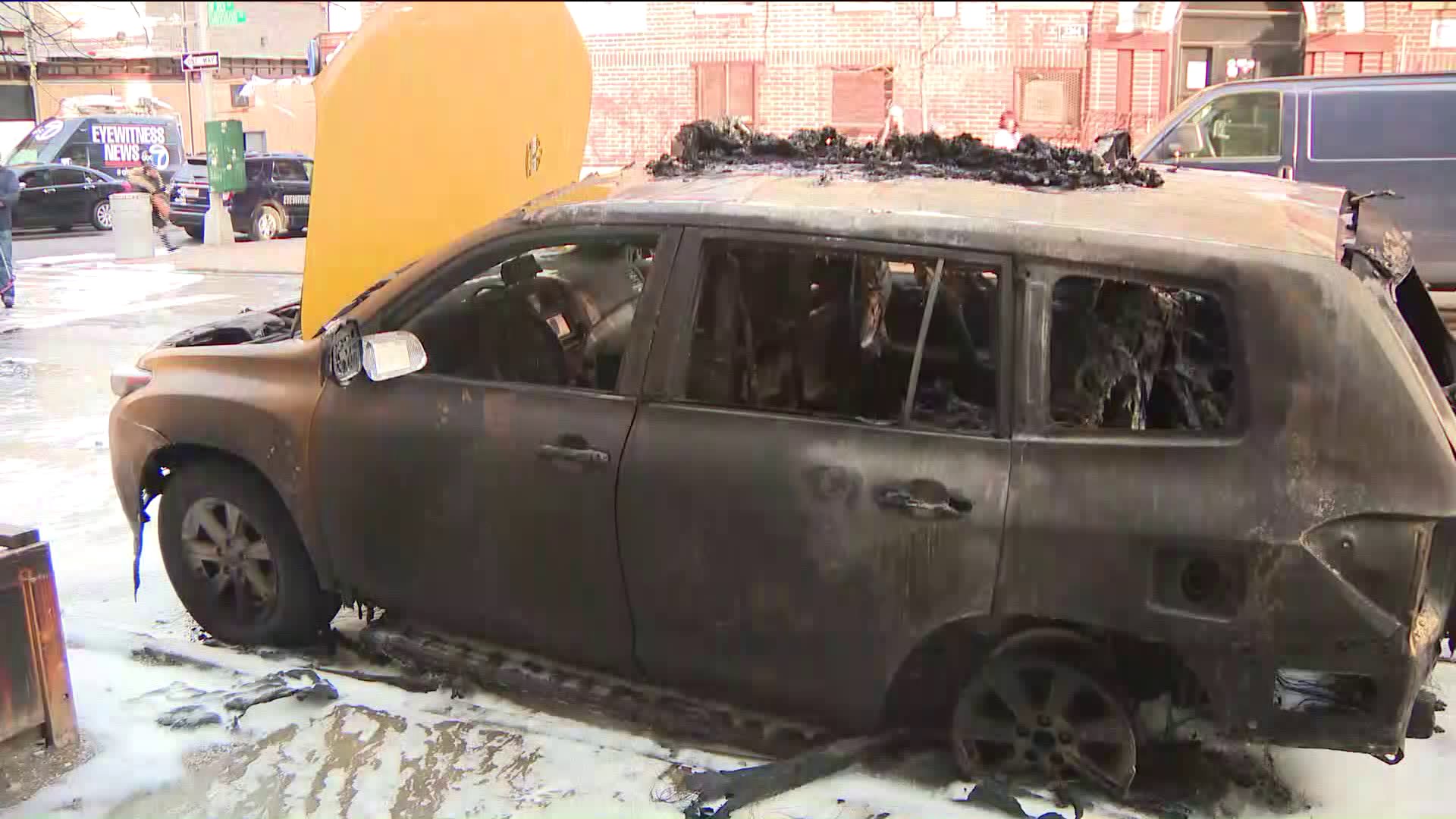 At least two cars were destroyed.

FORDHAM HEIGHTS, The Bronx — Multiple manhole explosions in the Bronx Tuesday afternoon caused a car and a yellow taxi to burst into flames — and knocked out power to nearby residential buildings.

It happened around 1:30 p.m. when the underground fire exploded through the manhole on Davidson Avenue.

The flames were so intense, at least two vehicles were destroyed. Firefighters extinguished the blaze within minutes.

The fire damaged Yaw Appiah’s taxi cab. “I parked last night around 1 a.m.,” Appiah told PIX11. “This is my main job. I have no other job apart from this one."

Con Edison is on the scene. Electricity was shut off to three buildings as Con Ed investigated.

No injuries have been reported.

FDNY Deputy Chief Jay Jonas said manhole fires are common this time of year due to the melting snow and salt interacting with the electrical wires — which ultimately causes the blaze.