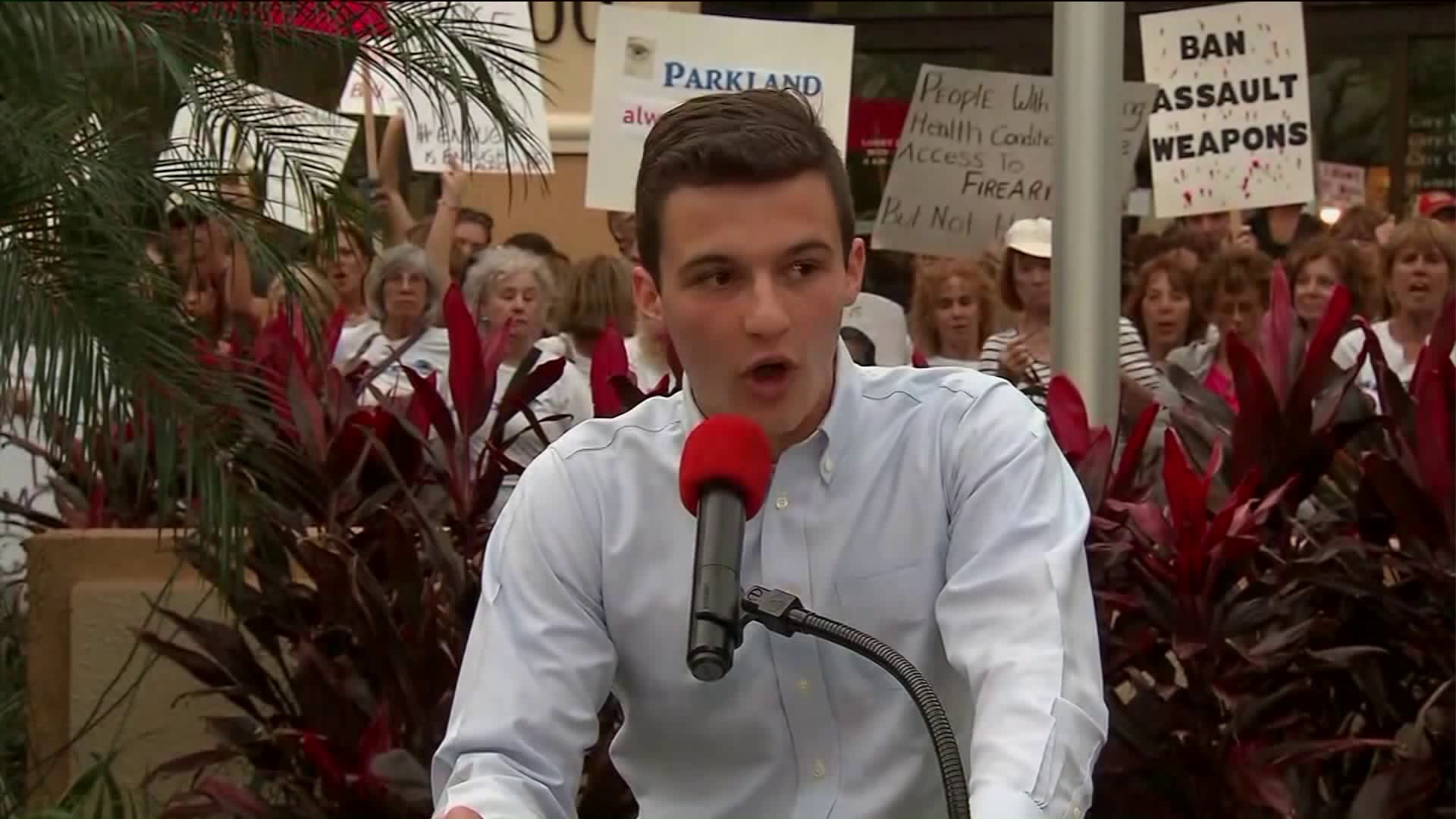 A movement for gun control is growing after 17 people were killed in a mass shooting at a Florida school on Valentine`s Day.

WASHINGTON — As survivors of Wednesday's school shooting demand that it be the last such massacre, marches are being planned around the country to amplify the students' message that action must be taken to end gun violence.

The marches share one mission: to put pressure on Congress to pass gun reform and make schools safer.

Fourteen students and three teachers were killed and many injured when a gunman opened fire at Marjory Stoneman Douglas High School in Parkland, Florida last week.

The shooting was at least the eighth at a US middle or high school this year and has reignited a debate over gun control.

In an emotional rally Saturday in Fort Lauderdale, politicians and Marjory Stoneman Douglas students called for a ban on weapons like the one used at the high school, and urged voters to kick out lawmakers who oppose the move or who take money from the National Rifle Association.

#Enough Walkout
Women's March organizers have lent their voices to the call, encouraging students, teachers and their allies to walk out of schools on March 14 to protest gun violence.

They're demanding that Congress take legislative action on gun control.

Women's March Youth EMPOWER is calling for students, teachers, and allies to take part in a #NationalSchoolWalkout for 17 minutes at 10am on March 14, 2018. Join us in saying #ENOUGH!https://t.co/8ZE8uthRlZ pic.twitter.com/45yCZl4zDm

The event is the brainchild of EMPOWER, the Woman's March youth branch, and will take place exactly one month after the shooting at Marjory Stoneman Douglas High School.

It's scheduled to begin at 10 a.m. in every time zone and last for 17 minutes — one for each victim who lost their life in the massacre.

Much like the original Women's March, the #Enough Walkout started as a Facebook event that is quickly growing to include dozens of schools across the US, from elementary schools to colleges and universities.

March For Our Lives

Students who survived the shooting in Florida are also planning to protest in Washington, D.C. on March 24 at an event organized by March For Our Lives.

"Here's a time to talk about gun control: March 24. My message for the people in office is: You're either with us or against us. We are losing our lives while the adults are playing around," junior Cameron Kasky said Sunday.

According to a mission statement for March For Our Lives, students will converge to say the nation can no longer wait to tackle issues of school safety and gun control reform.

They're asking that like-minded folks who can't make it to the nation's capital stage solidarity marches in their own communities.

"Every kid in this country now goes to school wondering if this day might be their last. We live in fear," the March For Our Lives website says. "It doesn't have to be this way. Change is coming. And it starts now, inspired by and led by the kids who are our hope for the future. Their young voices will be heard."

National Day of Action Against Gun Violence in Schools
Another national walkout is slated for April 20, the nineteenth anniversary of the Columbine shooting in Colorado.

The Network for Public Education has organized the National Day of Action Against Gun Violence in Schools.

It has called for school communities to engage in acts of protest around their schools.

"Organize sit-ins, teach-ins, walkouts, marches -- whatever you decide will show your school and community's determination to keep our students safe," it said. "It is time to let our legislators know that they must stand up to the gun lobby and enact meaningful reform to protect students and staff."

Addressing lawmakers
Meantime Florida lawmakers will experience the Parkland students' political motivation firsthand when they arrive at the state Capitol this Wednesday to speak to members of the Legislature.

Ryan Deitsch, 18, a senior planning to make the six-hour trip, says organizers have arranged buses to transport about 100 people, students and chaperones, to the capital.

They'll travel Tuesday night and plan to address senators Wednesday morning and representatives that afternoon. The plan is to split up into teams of three to five students and visit with legislators individually, he said.

"Stand Up: The Students of Stoneman Douglas Demand Action" will air live at 9 p.m., ET, on Wednesday, February 21 at the BB&T Center.

So far, Florida Rep. Ted Deutch, Sen. Bill Nelson and Sen. Marco Rubio have accepted an invitation to participate in the town hall.

Florida Gov. Rick Scott said he would be unable to attend because he would be working on legislative solutions in Tallahassee. And President Donald Trump also declined an invitation to speak.

Alex Wind, a survivor, told CNN's Fredricka Whitfield that he did not plan to attend and that the President needed to reach out to the students.

"If Donald Trump wants to listen to us, he should have taken the first invitation," Wind said. "We are not going to come to him. He is going to need to come to us."

Emma Gonzalez, speaking in the same interview, said she suspected his scheduled listening session could be a sign Trump does not want to face outraged victims of the shooting.

"The fact that he has organized this just proves that he's scared of us and that he doesn't want to have to face us," Gonzalez said.

But while the protests against gun violence and perceived inaction by lawmakers grow, so does the list of incidents involving schools.

In the less than a week since the shooting, the hopes of Marjory Stoneman Douglas students that their tragedy would be the last have appeared precarious.

As of Sunday night, there had been at least 12 reports of other incidents involving a threat to a school or a weapon on a school campus.

And so they march.