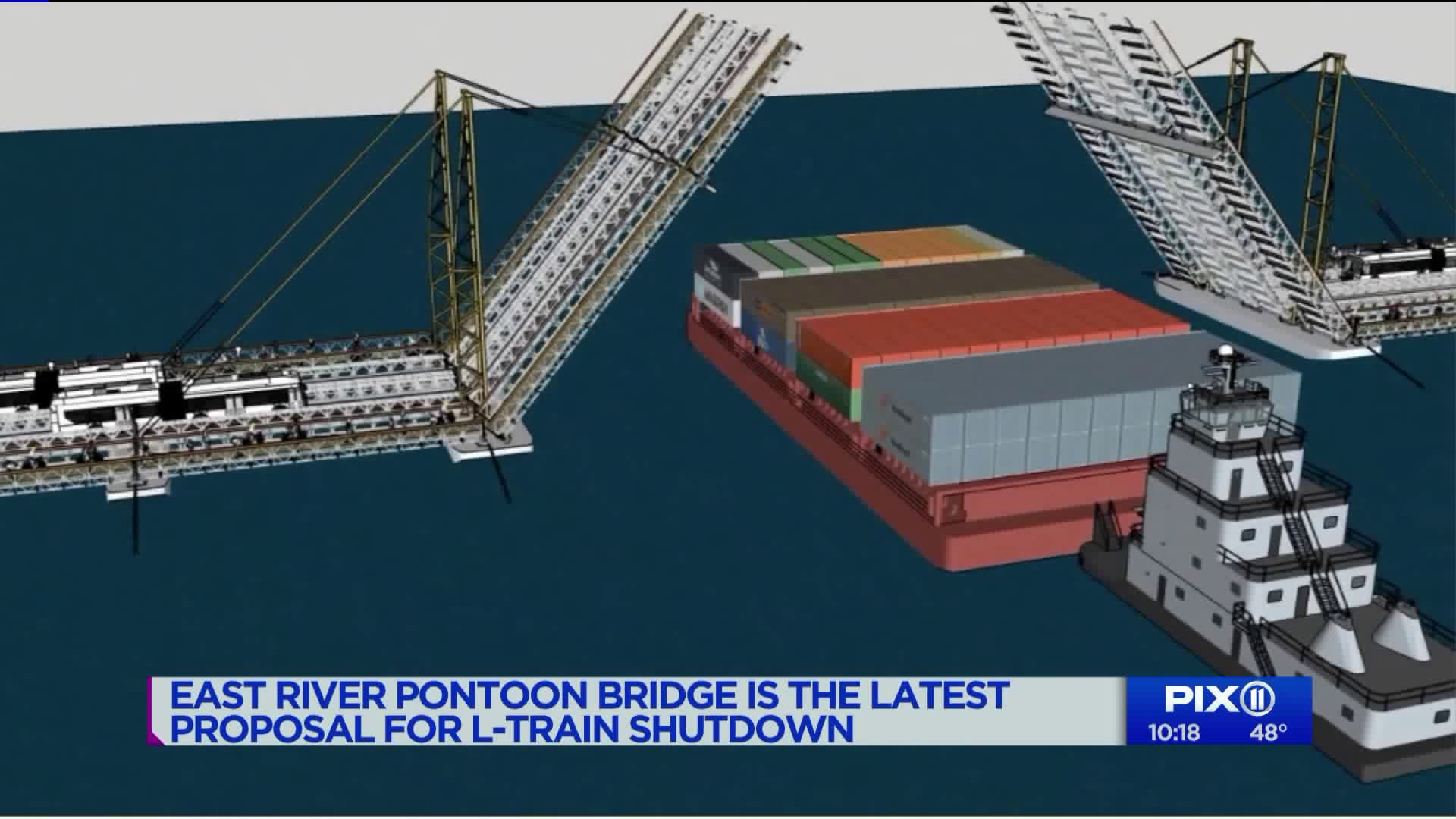 When the L train stops running from the Bedford Avenue stop in Brooklyn into Manhattan, more than 200,000 riders will be looking for a way to get around the city.

How about a pontoon bridge in the East River for buses, bikes and pedestrians?

A recent post on Kickstarter, the crowd-funding site, has caught the attention of some New York commuters. Parker Shinn is listed as the creator. He spoke to PIX11 News about the project via FaceTime.

He says the organizers are reaching out to the Coast Guard and the appropriate agencies. The proposal includes a drawbridge to allow ferries and boats to continue along their routes.

"The main purpose of this stage is to demonstrate community support and provide the city with a detailed and actionable plan," reads the pitch .

The structures have been used by the military and by some other localities.

The Canarsie Tunnel work is set to begin in April 2019 and last for 15 months. The tunnel was damaged by Hurricane Sandy and has required extensive repair and maintenance in the years since the storm in 2012.

The MTA and New York City Department of Transportation have issued preliminary plans that include increased subway service on the G and J/M/Z lines, high-occupancy vehicle lanes and additional bus routes. The agencies believe 80 percent of commuters will use other subway lines.

Officials are reviewing suggestions and comments from the latest round of open houses featuring question and answer sessions about the mega-project.

A number of transit advocates and designers have suggested ideas, some more creative than others.  ReThink NYC has proposed extending the E line into Queens.