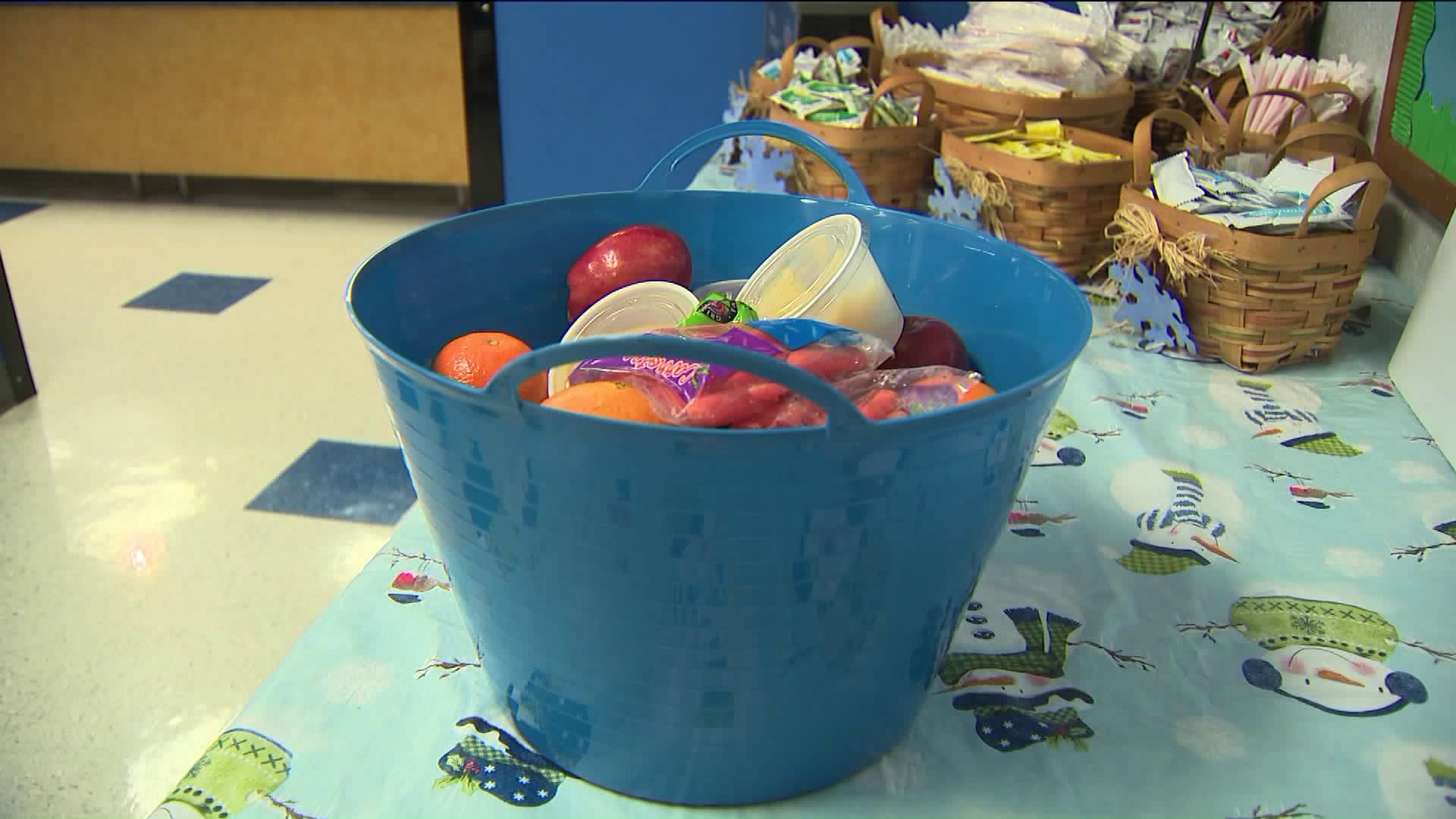 America wastes 40% of all our food. That`s $165 billion in the trash each year, according to a study by the National Resources Defense Council. But some local students are making an effort to change that.

GARFIELD, N.J. — The U.S.  wastes 40 percent of all our food. That’s $165 billion in the trash each year, according to a study by the National Resources Defense Council.

But some local students are making an effort to change that.

On the day we visited the lunchroom, students at Bergen Arts and Science Charter crowded around to give and to get.

"We’re not throwing it out when someone else could actually be eating it,” said Amreta Badlanudi, 10.

Here’s how it works - any unopened and uneaten food that a student does not want from lunch can be donated to the ’share table'. Any child who is still hungry can pick up.

Then, students are taking this one step further by donating all the leftover food to area food banks or homeless shelters.

"I was seeing that everybody was throwing out their food, and it made me upset,” it was fifth grader Makayle Cookinham, 10, who thought of the idea to start a ‘share table’ in her school. “I thought maybe it could go to those who really need it.”

In addition to filling a need outside, this concept is also helping to reduce a stigma inside the school. There are children at Bergen Arts and Charter School who qualify for free or reduced price lunches.

Sometimes students who can’t afford lunch would prefer to be hungry, rather than let their friends see them pick up a subsidized meal.

“You have to meet the basic needs, which is you know food, water, shelter,” said school nurse Joyce Cline-Blasi.

"I would walk through lunch room and I would be like are you going to eat your vegetables or your fruit?” recalls Cline-Blasi. “And all of the sudden you just see it dumped.”

Not surprisingly, a Harvard Public Health study found that the majority of what kids throw out in the lunchroom is the healthy stuff - their fruits and vegetables.

The huge amount of food we waste annually as a society is a sad fact, considering that 1 in 7 Americans use food banks, per a figure from Feeding America, the largest non-profit organization in the country that's geared toward hunger relief.

"We want them to get out there and be healthy and be their optimal selves so can pay attention and focus,” said Cline-Blasi.

PIX11 conducted an informal poll among schools across the region and most said that they do not have a sharing table. The number one reason why school leaders are apprehensive is allergies.

One superintendent said they have a student with such severe allergies that they had to make the entire school peanut-free.

Cove Road School said they safeguard students by only allowing them to donate food that was sold in the cafeteria. Kids with serious allergies must eat at a separate table from their peers so teachers can watch what they eat.

At Bergen Arts and Science Charter School, an older student is assigned to supervise the share table for every lunch period. Kids can donate food that they brought from home, but only if it is unopened and uneaten. Teachers said they are aware of which students have allergies and they monitor what students take.

"You know we have to let our students be responsible for what they can and cannot eat. And spreading the word of helping others is so important,” said Psihoules.

The earliest report of a ‘share table’ being created that we could find was at a school in Montana in 2010. Since then, these small vehicles to less waste have popped at schools across the country. But the trend is still not widespread.

Cove Road School began this practice 2 years ago and Bergen Arts and Science Charter just rolled it out in October.

Along the way, teachers say their trash load has lessened and kids are learning a healthy lesson.

“That it’s good to share,” said Sarah Szedo, 10. “And to be kind to other students who are hungry.”