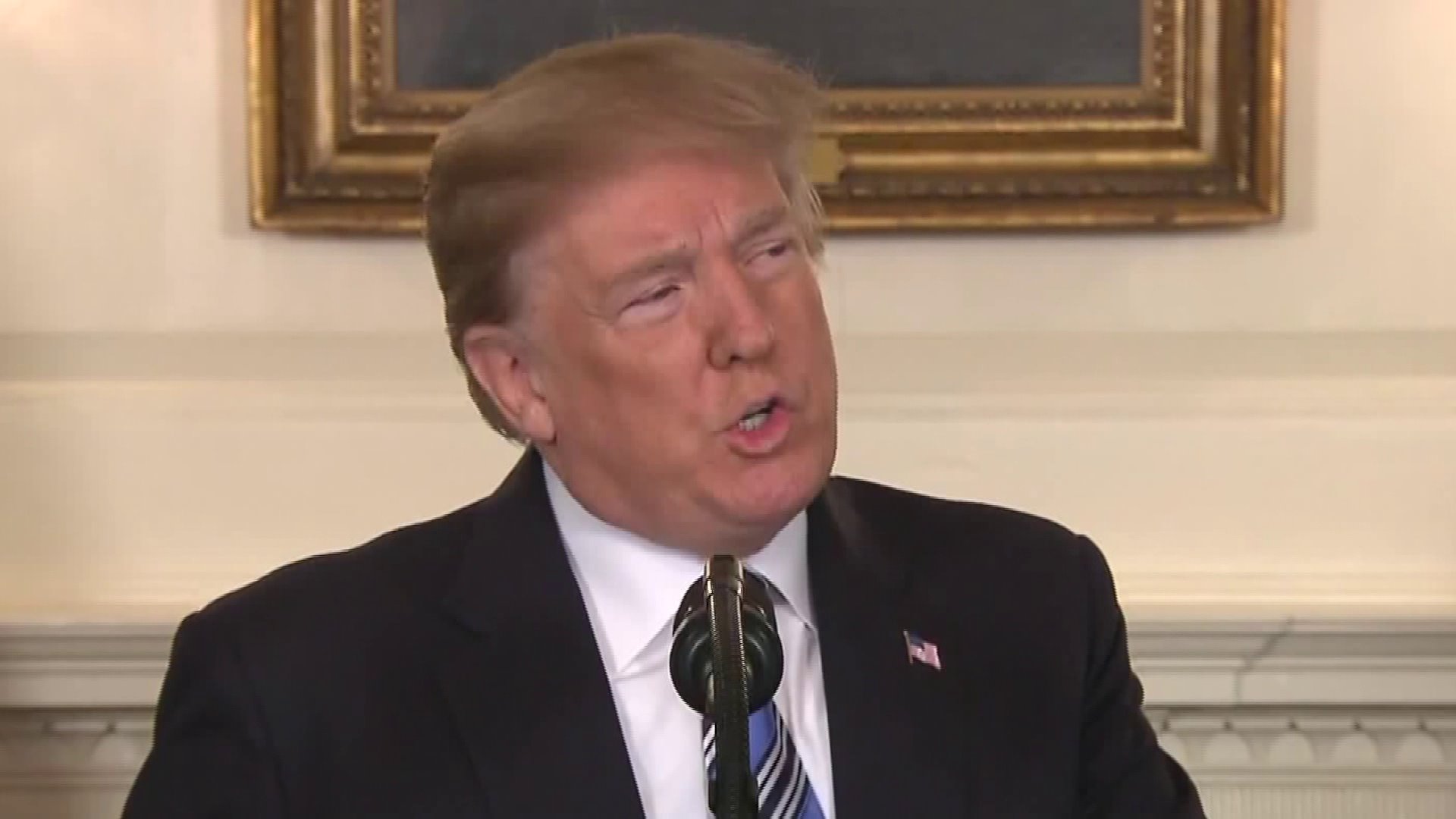 Declaring the nation united and grieving with "one heavy heart," President Donald Trump promised Thursday to tackle school safety and "the difficult issue of mental health" in response to the deadly shooting in Florida. He made no mention of the scourge of gun violence.

NEW YORK — When President Donald Trump addressed the nation Thursday, telling the country “No teacher, no child, should ever be in danger in an American school,” the statement rang hollow for some.

That’s because hundreds of students and teachers have been injured or killed in school shootings since December 2012, when 20-year-old Adam Lanza murdered two classes of first graders—20 children—and six administrators at the Sandy Hook School in Newtown, Connecticut.

Nearly 20 years ago, in 1999, the Columbine, Colorado high school massacre had shocked the national consciousness.

“Can we not acknowledge in this country we cannot accept this?” a former FBI agent sobbed on CNN Thursday.

And while the President said he was preparing to “tackle the difficult issue of mental health,” the school superintendent in Broward County, Florida—where the mass shooting took place—said “NOW is the time for this country to have a real conversation on gun control.”

The President never used the word “gun” in his speech.

The New York Post reminded the public about a National Public Radio story from last year. NPR reported President Trump threw out a policy that would have required the Social Security Administration to report the records of some mentally ill people to the FBI, which does National Instant Criminal Background Checks for people seeking to buy guns. The story said the National Rifle Association encouraged the President to get rid of the policy.

The 19-year-old accused shooter in the Parkland, Florida case got his AR-15 rifle legally last year, after passing a background check.

But Nikolas Cruz had allegedly posted disturbing statements about wanting to be a “professional school shooter” on social media.

A YouTube vlogger who notified the FBI last September said his first attempt, by e-mail, turned up a bad domain.

The FBI said Thursday it never identified the person (Cruz) who had posted photos and statements and didn’t know he was from Florida.

The agency pointed out the YouTube vlogger who notified them was from Mississippi.

Representative John Lewis, a Democrat from Georgia, challenged the U.S. Treasury Secretary, Steven Mnuchin, at a hearing about the federal budget.

“Is there any money in the budget to deal with the proliferation of gun violence?”

The Treasury Secretary seemed slightly flustered by the question.

And when the President finished his address Thursday, he didn’t answer a question tossed out by a reporter, as he left the podium.

“Mr. President, why does this keep happening to Americans? Will you do something about guns?”