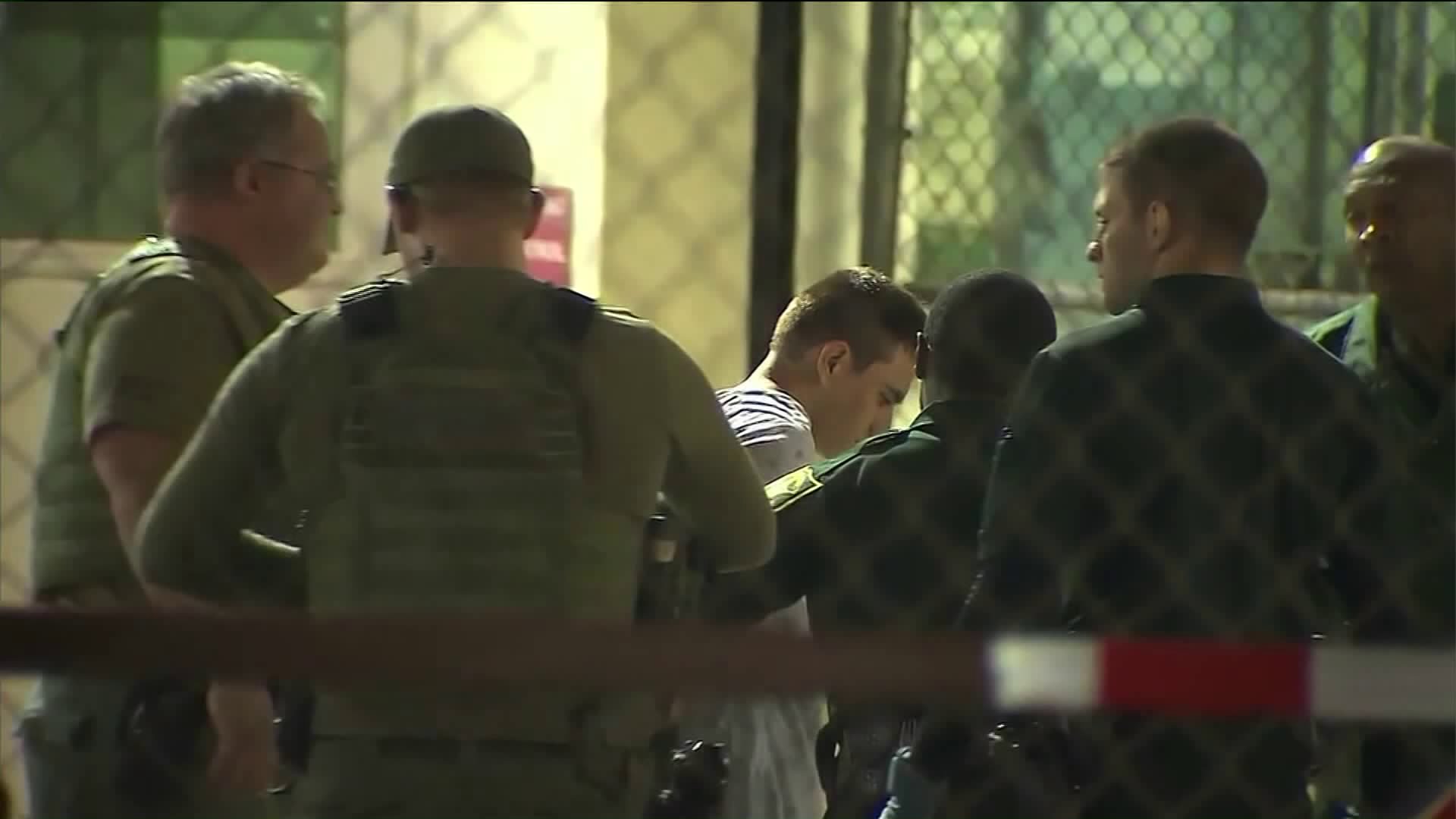 Nikolas Cruz was booked Thursday after officials say he opened fire in a high school on Valentine`s Day, killing 17 people.

PARKLAND, Fla. — The 19-year-old suspect in a deadly rampage at a Florida high school was charged with 17 counts of premeditated murder Thursday after being questioned for hours by state and federal authorities.

Nikolas Cruz was charged with 17 counts of premeditated murder after a school shooting in Florida on Feb. 14, 2018. (Broward County Sheriff's Office)

Cameras captured Nikolas Cruz being escorted by sheriff's deputies from the Broward Sheriff's headquarters to the county jail in Fort Lauderdale early Thursday morning. He is expected to appear in court later that day.

Cruz was captured in a quiet neighborhood about two miles from the school. Sheriff's officials said in an email that Cruz was initially taken to a hospital for labored breathing before being questioned at sheriff's headquarters.

Counselors are being made available for students, teachers and staff, but the school will remain closed as an investigation continues.