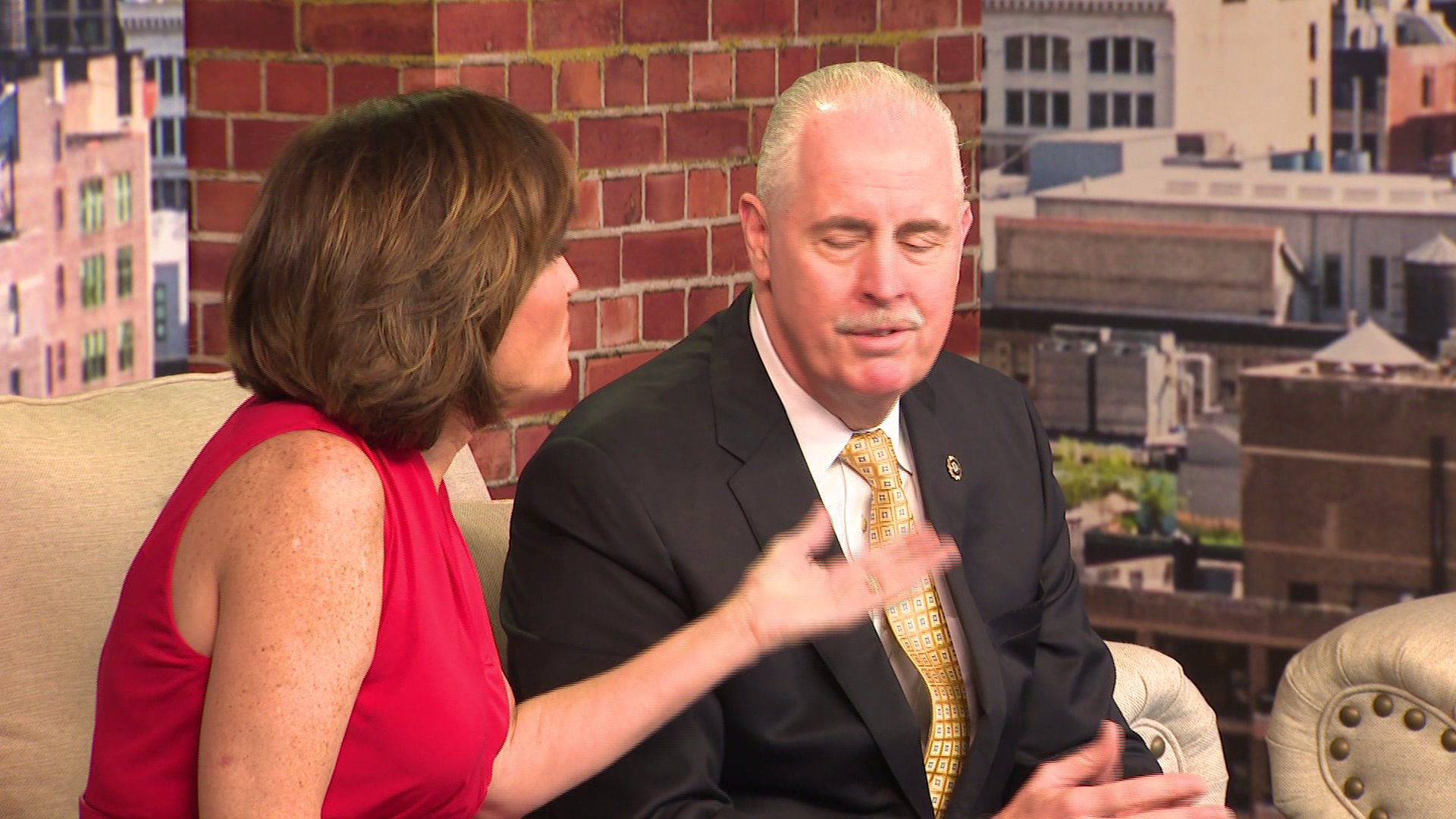 Robert Boyce, the NYPD`s Chief of Detectives, had never done a Facebook show before, even though social media has radically changed the way his cops investigate cases and it`s helping them crack a lot of them.

NEW YORK — Robert Boyce, the NYPD’s Chief of Detectives, had never done a Facebook show before, even though social media has radically changed the way his cops investigate cases — and it’s helping them crack a lot of them.

After 35 years with the NYPD, first as a transit officer, Chief Boyce will retire on St. Patrick’s Day, March 17th, after blowing the whistle on 44th Street to officially start the parade up Fifth Avenue.

The date is significant, because Boyce stepped into the hugely important position of Chief of Detectives on St. Patrick’s Day 2014.
He’s facing mandatory retirement in April, when he turns 63 years old.

During a wide-ranging interview that will air Monday night on PIX11 Facebook at 7 p.m., Boyce discussed the many cases his investigators solved during his 4-year tenure overseeing 77 detective commands around the city.

One of the highest-profile cases was the Howard Beach jogger, Karina Vetrano, who was brutally beaten and raped in parkland near her home in August 2016.

She fought her alleged attacker bitterly, and police said they found suspect Chanel Lewis’ DNA under Vetrano’s fingernails and on her phone.

And even though Lewis—who went to special ed schools for behavioral problems—had no prior arrests, Chief Boyce insisted police got the right man.

“Everything he said lined up with what we had as evidence,” Boyce noted.

When PIX11 mentioned that a number of New Yorkers felt Lewis was too thin to overtake the athletic and toned Vetrano, Chief Boyce didn’t back down, calling the case strong—and solid.

Boyce appeared with the Commander of his Cold Case Squad, Lt. David Nilsen, and Detective John Roberts, who solved the 2008 murder of 14-year-old Sabrina Matthews, whose throat was slashed in her Cambria Heights bedroom, while her mother slept downstairs.

The suspect, Rashon Venable, had left neighboring Queens Village with his family, shortly after Matthews’ murder, but he was later arrested and convicted of raping a 14-year-old girl in Pennsylvania.

Venable pleaded guilty last week to Sabrina’s murder and will accept a prison sentence of 19 years to life.

On the Monday night webcast, Chief Boyce will talk about his most profound memories from his four years in the top hierarchy of the NYPD.

He served as Commander of precincts in the Bronx and Brooklyn during the rough years of crack cocaine wars.

In 2016, when Boyce re-structured the Detective Bureau, he made a commitment to crack down on gangs, and he thinks that’s made a huge difference in plummeting crime rates.

“We used to average about 5,000 shootings a year,” Boyce said, “Incredible numbers. We were down to less than 800 last year. Not where we want to be, but we’re pushing along.”

“You look at the murder rate; under 300 for the first time since 1951. Crazy numbers in reductions.”

Boyce’s wife, Kathleen, is a former police officer. They have an adult son and daughter.

Although Boyce acknowledged it will be very hard to leave a department he loves, he added, “It’s time to move on. To use a sports analogy, they have a very deep bench.”