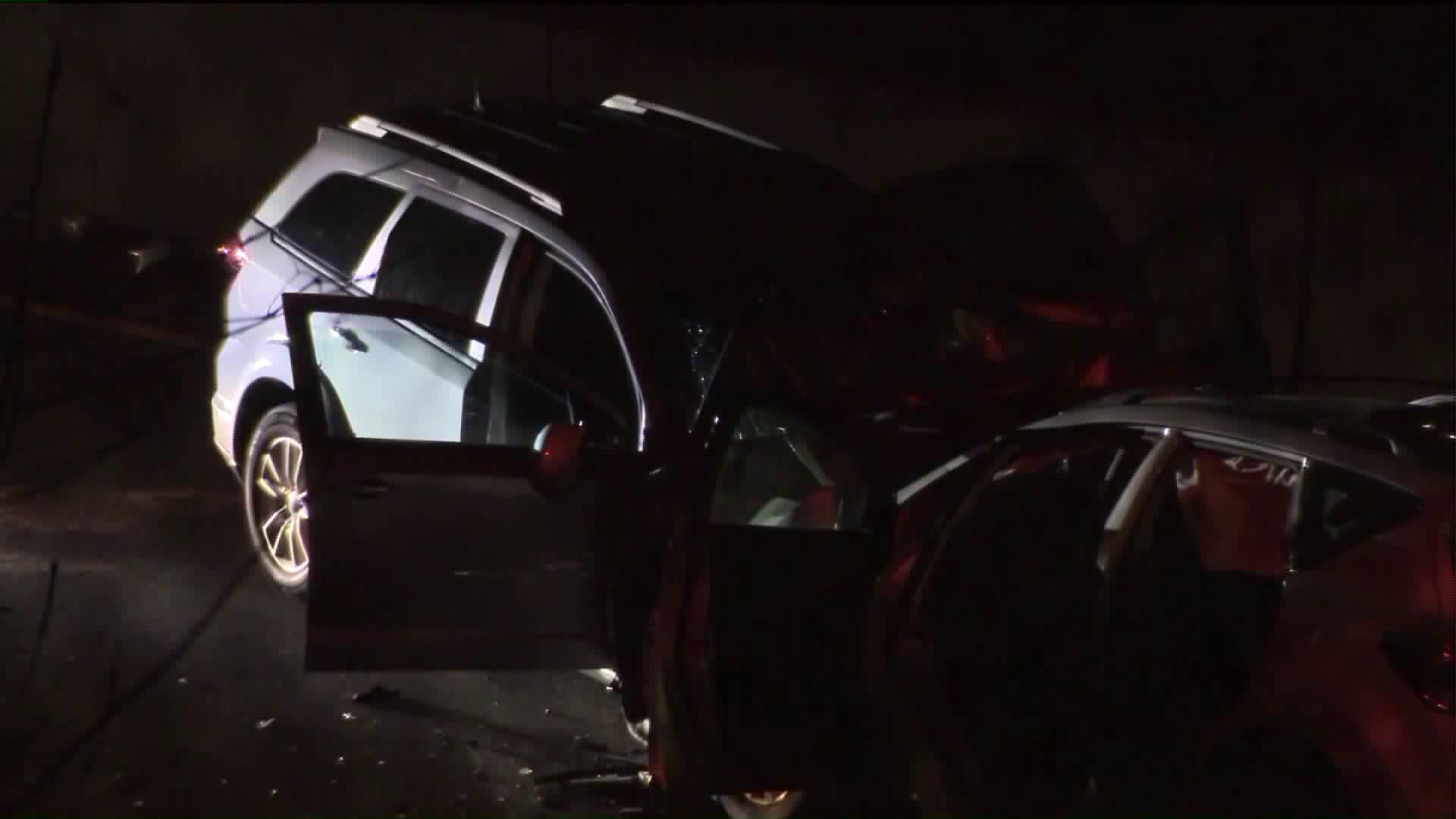 7 people are injured after a wrong-way driver crashed into an oncoming car on the Cross County Parkway and Sprain Brook Parkway. (PIX11 - Anthony DiLorenzo)

The incident occurred around 3:10 a.m. when a car was traveling south on a northbound lane of the Bronx River Parkway and Sprain Brook Parkway.

As it was driving down the highway, it struck an oncoming car with six people in it, police said.

Seven people, including the driver of the wrong-way car, were taken to the hospital. Their conditions are unknown.

The driver behind the wheel of the car driving the wrong way was arrested on suspicion of DWI, police said. Charges are pending.

Charges are pending against the male driver, whose car has a TLC license plate, police said.

The road is closed on the northbound Bronx River Parkway before the Sprain Brook Parkway exit — all three lanes of the highway are blocked.

AIR11 was over the scene of the crash: