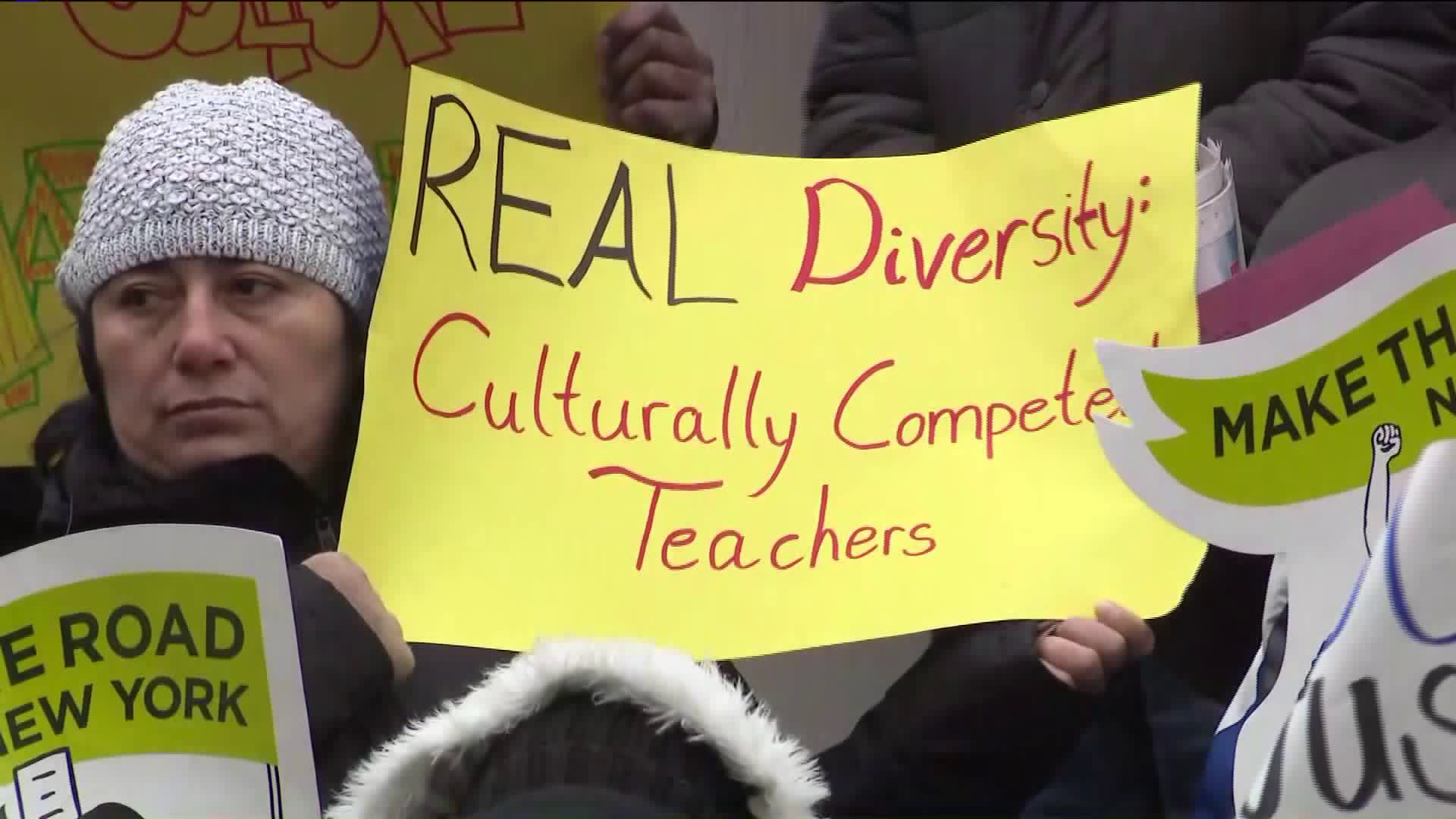 A Bronx middle school teacher is being investigated after allegedly stepping on black students during a lesson about slavery in her social studies class. Parents are calling for change.

Their voices echoed through the halls of City Hall this morning as dozens of city parents and members of the Coalition for Educational Justice stormed towards the mayor's office, demanding a meeting with Mayor Bill de Blaiso and calling for a teachers in the city be given anti-bias training, specifically what they are calling Culturally Responsive Education.

The anger and passion stem from an apparently absurd lesson plan that took place a couple of weeks ago, allegedly conducted by Patricia Cummings, a teacher at Middle School 118 in the Bronx.  Students told PIX11 Cummings asked three African American students to lie down on the floor, then allegedly stepped on one of their backs to re-enact the pain of slavery.  One mother PIX11 reached over the phone said her daughter was a student of Miss Cummings and she was shocked by what she heard in the news.

“I think it was just bad judgement.  She could have gone a different direction, but I don’t think she did it to hurt anyone,” she said.

A number of parents sounded off Tuesday and said Cummings' lesson may have been a poor judgement call, but  also indicated a more widespread issue in the city.

The New York City Department Of Education said Cummings remains employed with the district but is currently reassigned away from students and working at the central office as their investigation continues.  As for that meeting with the Mayor, the Coalition for Educational Justice said they were told by the mayor's chief of staff they will get a formal sit down.  The coalition, however, is waiting for a date to be confirmed.