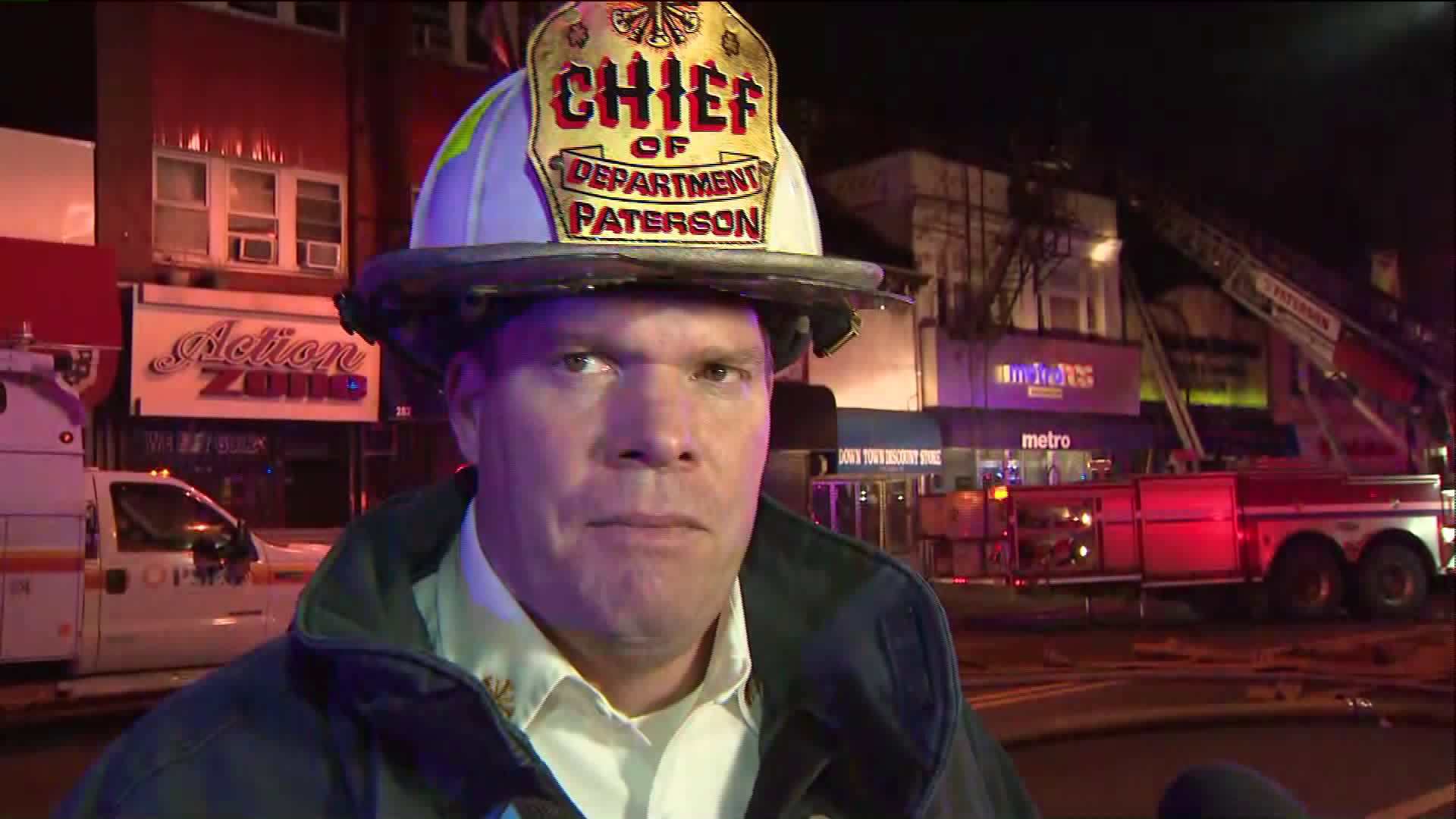 80 firefighters responded to the blaze.

The deep seated fire began around 11:33 p.m. Monday in the basement of a building located at 268 Main Street, according to Paterson Fire Chief Brian J. McDermott. He said 80 firefighters responded, but were driven out by the heat, flames and "odd configuration of the building."

The Red Cross is assisting 20 people who have been displaced and one firefighter was taken to a hospital for minor injuries, according to the fire department.