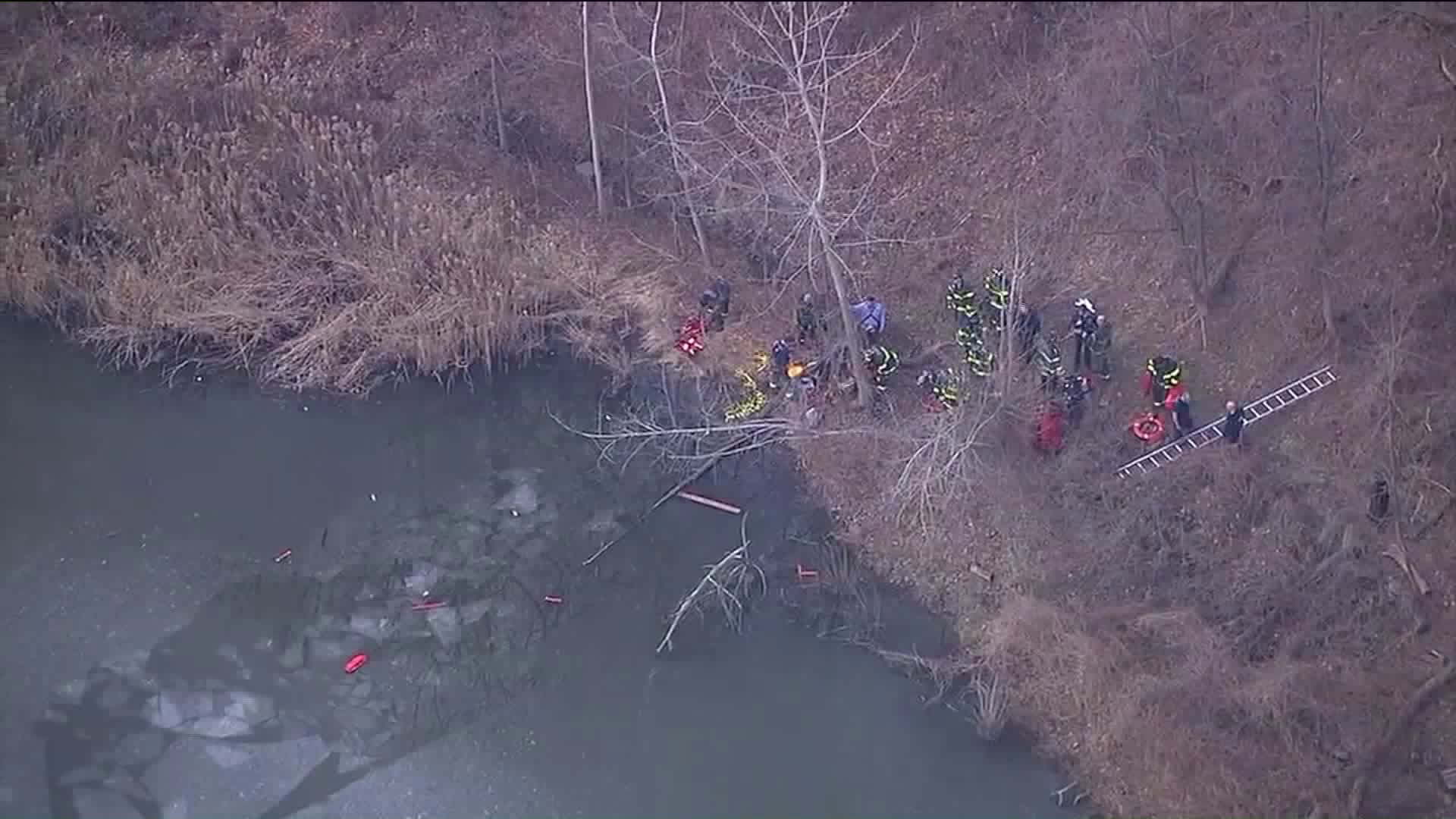 A boy is dead after he fell through the icy pond with his friend in Queens Tuesday.

Anthony Perez and a 12-year-old friend walked out about 50 feet onto the ice when it cracked and Perez's friend plunged into the frigid water around 4 p.m., officials said.

Perez saved his friend, pulling him from the icy water, then fell in himself, police said. His friend rushed home and told his mother to call 911.

Firefighters were on scene within four minutes of receiving the call. Perez was submerged under the water when rescuers rushed to the pond. Firefighters had to break the ice and get into the water to pull the boy out. They used their hands to get through the ice.

Perez was unconscious and unresponsive when he was removed from the pond. He was rushed to the hospital in critical condition.

"We implore parents - make sure your kids know the ice in the city of New York, on these lakes and ponds, is not safe," FDNY Deputy Chief George Healy said. "It won't support your weight. "

Two firefighters were are being treated at the hospital for hypothermia.