Two men who allegedly ran a gun ring from an Equinox gym get no bail; FBI seeking third man 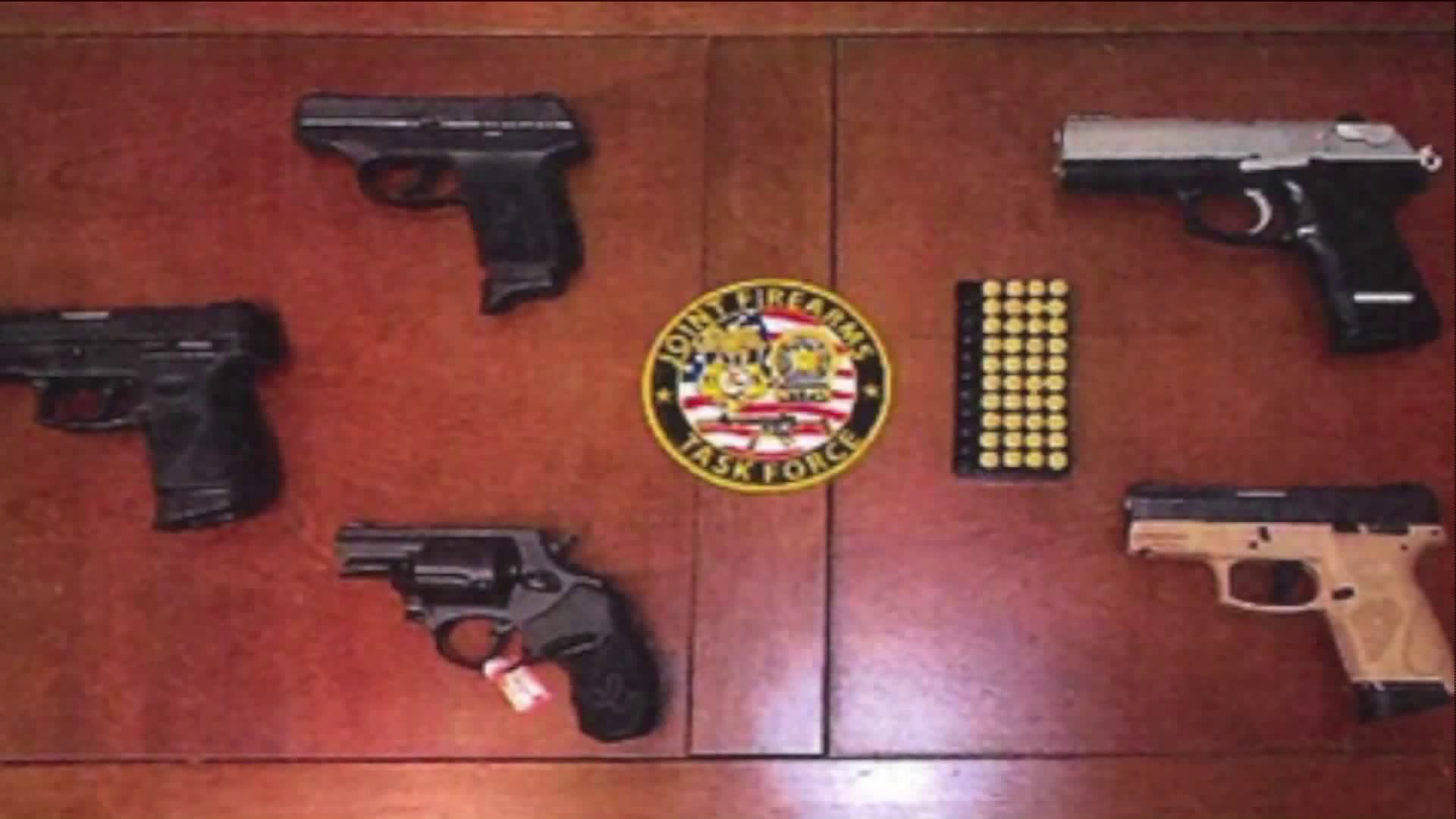 LOWER MANHATTAN, N.Y. — FBI agents and NYPD detectives are trying to track down an Equinox gym worker who they say was one of three men running a gun ring based, in part, at the gym where the missing man works. Meanwhile, his two alleged accomplices went before a judge in federal court on Friday to face a long list of felony charges.

The accusations are the result of a months-long investigation by federal agents and NYPD detectives into activities by Maquan Moore, 29, Morris Wilson, 32, and another man, whose name investigators are not yet revealing.

According to federal complaints against Moore and Morris, the three men were running an illegal gun sale ring up the East Coast.

Morris, who lives in Orlando, would buy guns in Florida and other southern states illegally, according to prosecutors, and would transport them to New York. His accused partner, Moore, would arrange to sell the weapons, at least one of which is considered an assault weapon. The guns ranged from semi-automatic handguns to semi-automatic rifles.

They were stored at the Equinox gym where the third member of the ring worked, according to the indictment. The gym, on Hudson Street, in the West Village, is half a block away from a school.

Moore sold some of the weapons from outside the gym, where he also worked out. Federal agents recorded a series of undercover gun buys with him. In one, Moore sold 20 guns at once, netting $18,000. A federal agent, posing as a buyer, pointed out on undercover video that the gun sales were happening close to a school. Such sales, as well as gun possession, less than 1,000 feet from a school is a federal offense.

On Friday, both Moore and Morris were brought before a judge for arraignment. He did not grant bail for either one.

Equinox said that it is working with law enforcement on this case. The 9/11 Museum said that Moore works security at the museum through a subcontractor.