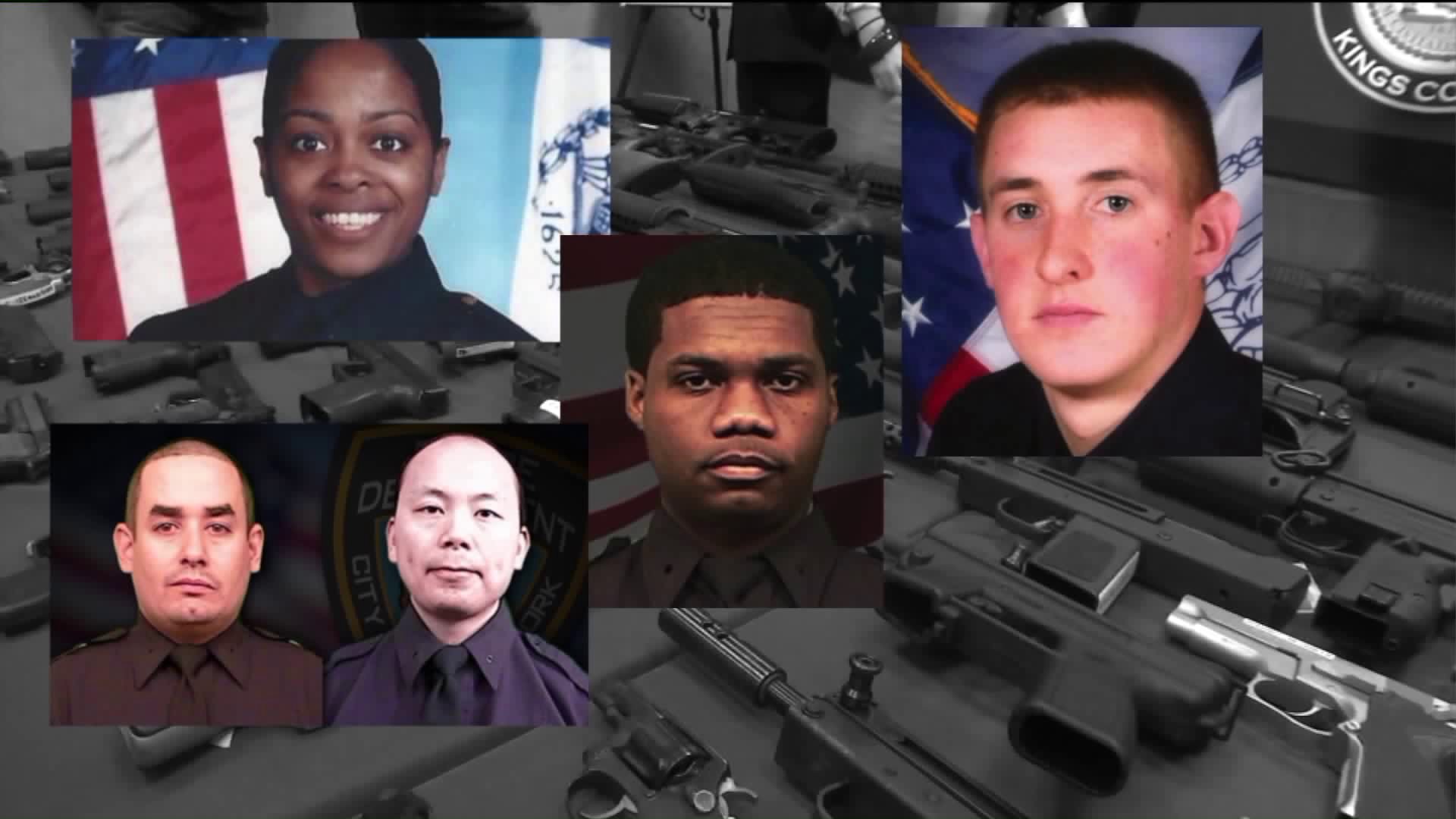 LOWER MANHATTAN — A 9/11 Memorial security guard and two others are accused of smuggling guns into New York City and storing them at a gym in Lower Manhattan, police sources said.

It was the result of a long-term undercover operation between the NYPD and federal agents. Maquan Moore, Morris Wilson, of Florida, and a third unidentified person are in custody and expected to appear in court later Friday.

Moore worked as a security guard at the 9/11 Memorial and Museum. He was arrested Thursday night for allegedly selling military firearms to undercover detectives, police said.

A spokesperson for the 9/11 Memorial and Museum said the entity contracts our security to U.S. Security Associates, formerly known as Andrews.

The unidentified third suspect worked at the Equinox Printing House on Hudson Street where the guns were allegedly stored, sources said. That location is across the street from a school and the weapons were in violation of a federal law against selling firearms within 1,000 feet of a school, according to the indictment.

A spokesperson from the gym told PIX11 they "are fully cooperating with the authorities to gather as much information as possible at this time."

PIX11 had long-reported on the shipment of illegal guns up the I-95 Corridor from southern states where gun laws are much more relaxed.

About 90 percent of these firearms come to New York from places like Georgia, Virginia, the Carolinas and Florida — where two of the suspected smugglers are from.

The majority of these guns are used for crimes and in five instances, illegal guns have been used to kill five police officers in New York City since 2007.

It is unclear how long these three individuals were allegedly bringing these guns into the city and from where.