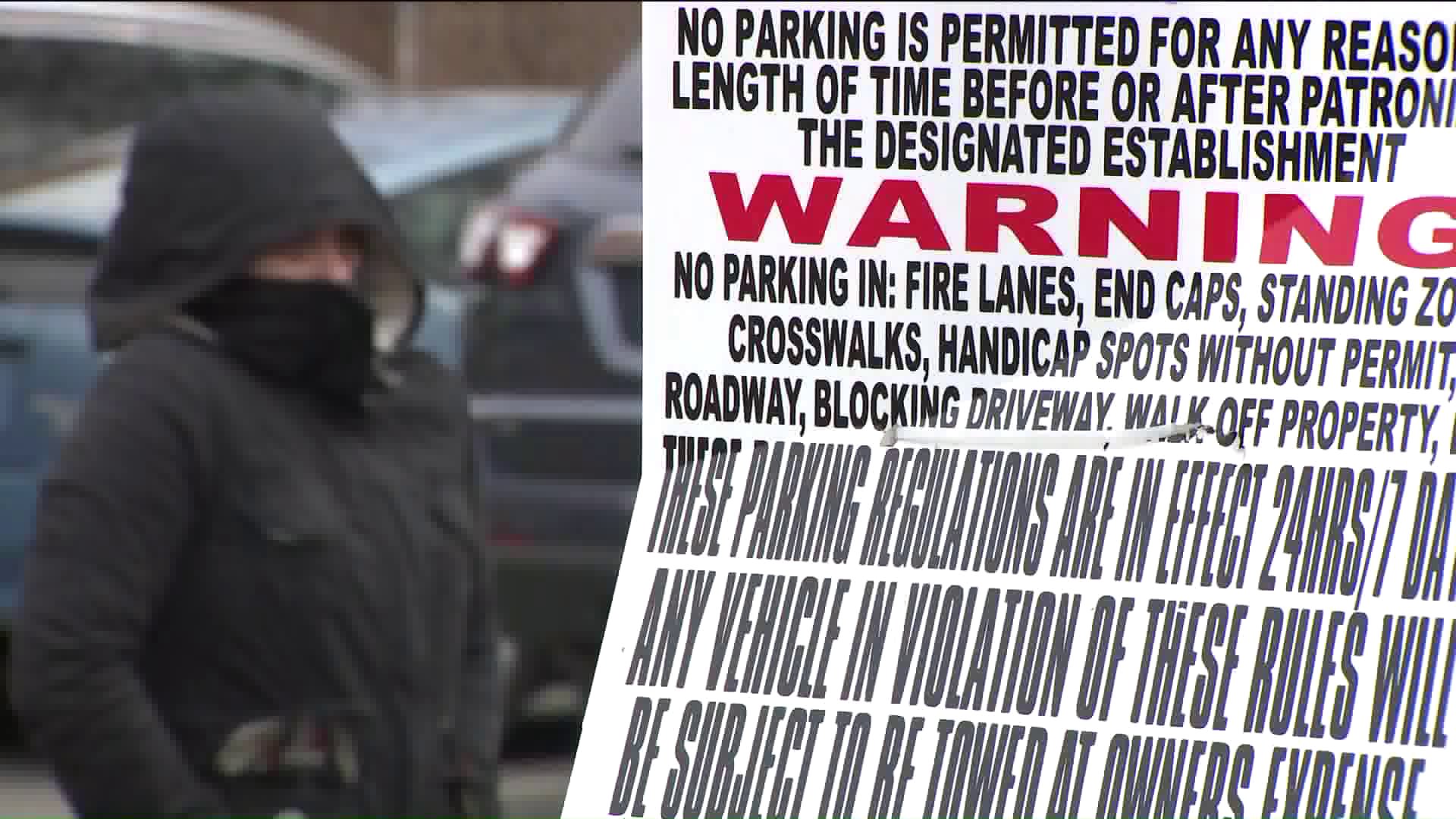 As one private tow company is making quite the bit of cash off of one lot, customers of two restaurants in the same location say they`re being targeted and towed despite following the rules on posted signs.

ELMHURST, Queens — A real-life parking wars situation is playing out in Elmhurst, Queens.

As one private tow company is making quite the bit of cash off of one lot, customers of two restaurants in the same location say they’re being targeted and towed despite following the rules on posted signs.

“Bianca” asked PIX11 not to show her face or use her real name since she is a city employee, but she told us she is furious and feels as though she and others are being scammed.

On Friday night, Bianca said she parked her car in a private lot located on 59th Avenue in Elmhurst, right next to the Queens Center Mall. With plans to meet her family inside Olive Garden, she says she decided to peek into Cheesecake Factory across the street to check out the line.

“That was literally a three minute layover. I literally walked across the street saw the line was crazy and walked right to Olive Garden,” explained Bianca.

Following dinner at the Olive Garden, Bianca says her car was gone and Done Deal Collision out of College Point had towed Bianca's car.

Despite showing receipts and trying to prove she followed the rules of the lot as stated. Bianca said she had to fork over $250, far more than what's indicated on this sign to get her car back that night.

A quick check of the company’s reviews on Yelp and Yellow Pages, shows complaint after complaint. Towed New Yorkers saying the practices of the tow company are not fully on the up and up.

When PIX11 reached the company dispatcher, Benjamin Diaz, he said they’ve done nothing wrong and instead he believes customers are being far from truthful.

Owner Ivan Cortez said the same. In a phone call to PIX11, Cortez says his drivers are doing everything correctly and he has even instructed drivers to allow a 20 minute window in good faith before towing. This account is far different from what we were told by towed customers and it counters what many have posted online.

Bianca and others we caught up with Monday also said they don’t buy the explanation and want some more oversight from city officials on this one.

PIX11 reached out to local councilman Daniel Dromm and the Queens Borough President’s office regarding this matter and we were told by both they will be looking into it.

We also reached out to both Olive Garden and Longhorn Steakhouse corporate offices for comment, but did not receive a response.