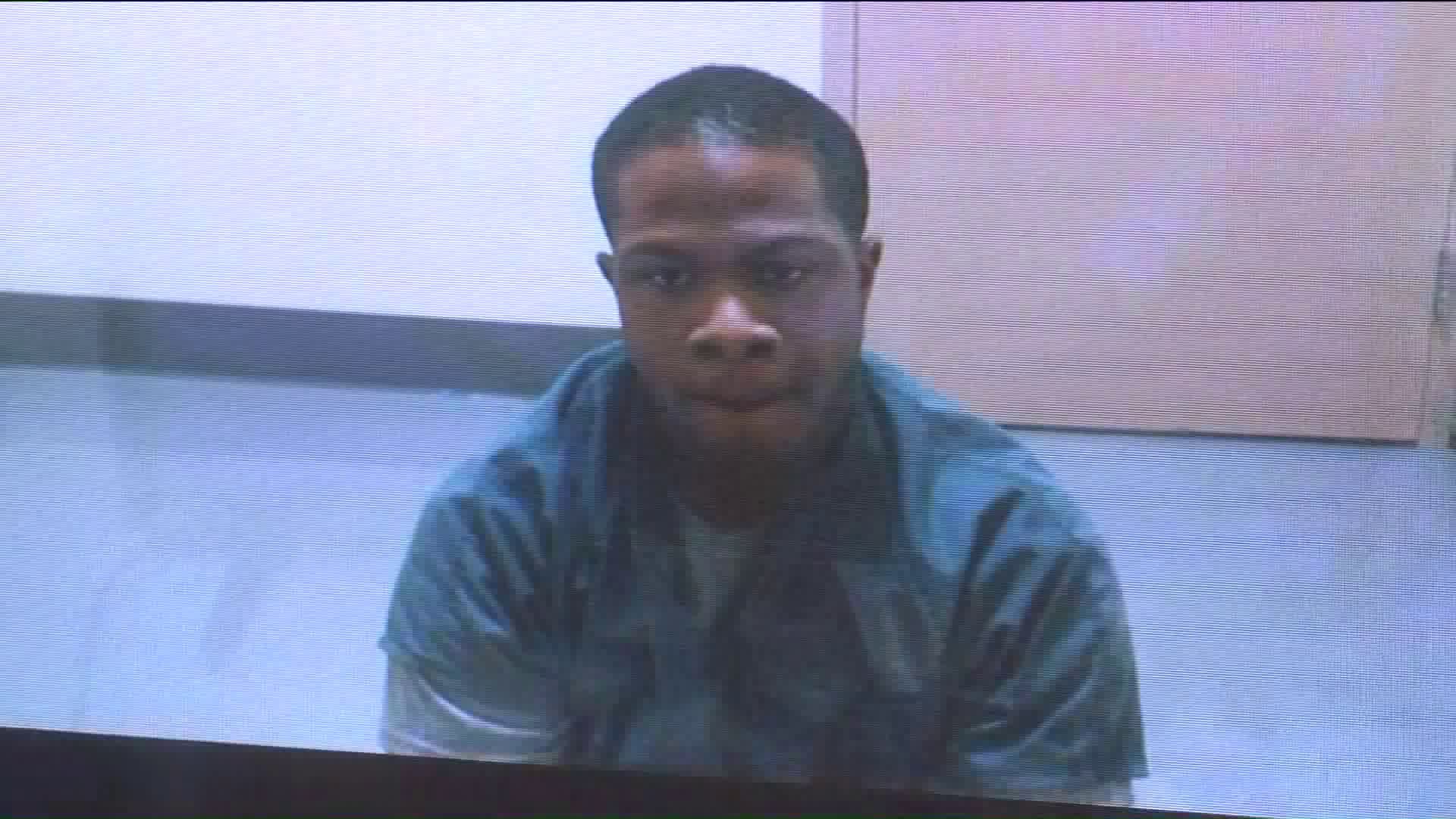 Oriental Hamlet, 19, Jersey City, was charged with aggravated manslaughter, death by auto, leaving the scene of an accident resulting in death, driving while unlicensed and causing death, eluding, receiving stolen property, assault by auto and resisting arrest by flight, according to the Office of the Hudson County Prosecutor.

JERSEY CITY, N.J. — The teenager arrested days after a vehicle theft resulted in a police chase and car crash that left an innocent bystander dead in Jersey City was identified by prosecutors Friday.

Oriental Hamlet, 19, was arrested for a hit-and-run crash that killed a man in Jersey City on Jan. 23, 2018, prosecutors said. (Office of the Hudson County Prosecutor)

Oriental Hamlet, 19, Jersey City, was charged with aggravated manslaughter, death by auto, leaving the scene of an accident resulting in death, driving while unlicensed and causing death, eluding, receiving stolen property, assault by auto and resisting arrest by flight, according to the Office of the Hudson County Prosecutor.

He was arrested Thursday, and is the suspected driver in a crash that resulted in the death of Umar King, 33, the office stated in a news release.

Hamlet was behind the wheel of a 2005 Toyota 4-Runner reported stolen last Friday when the vehicle was spotted by police early Tuesday, prosecutors said.

The officer attempted to pull over the vehicle when Hamlet allegedly took off, speeding through multiple red lights.

Hamlet crashed into a 2013 Lincoln MKZ at Communipaw Avenue and Kennedy Boulevard, before striking a bus-stop shelter where King stood, prosecutors said.

Once the Toyota stopped, Hamlet and two other people inside fled on foot, prosecutors said.

A 16-year-old was detained a short distance away and hospitalized for minor injuries. He has not been charged.

Umar King was fatally struck by a stolen SUV when he was waiting for his bus home on Jan. 23, 2018.

Additional information about the third man who allegedly fled has not been provided.

The driver of the Lincoln was also hospitalized for minor injuries.

“To see someone get killed like that, it stays with you,” Malika Graves, an eyewitness, told PIX11.

Graves was working the overnight shift at the 7-Eleven right across Kennedy Boulevard and she keeps reliving in her head the terrible scene she witnessed three nights ago.

King, who was deaf, was waiting for a bus when he was hit. His body was thrown almost a block away and he died at the scene.

“He must have felt the vibration because he was deaf, and then he turned around and it was too late,” Graves told PIX11.

King was a FedEx employee coming home from work when he was killed, family members said.

At the scene of the growing memorial, King's friends have been gathering for days to remember the popular worker who just happened to be at the wrong place at the wrong time, standing at the bus stop after a long night of work, waiting to go home.

Friends said they will remember him as a good man.