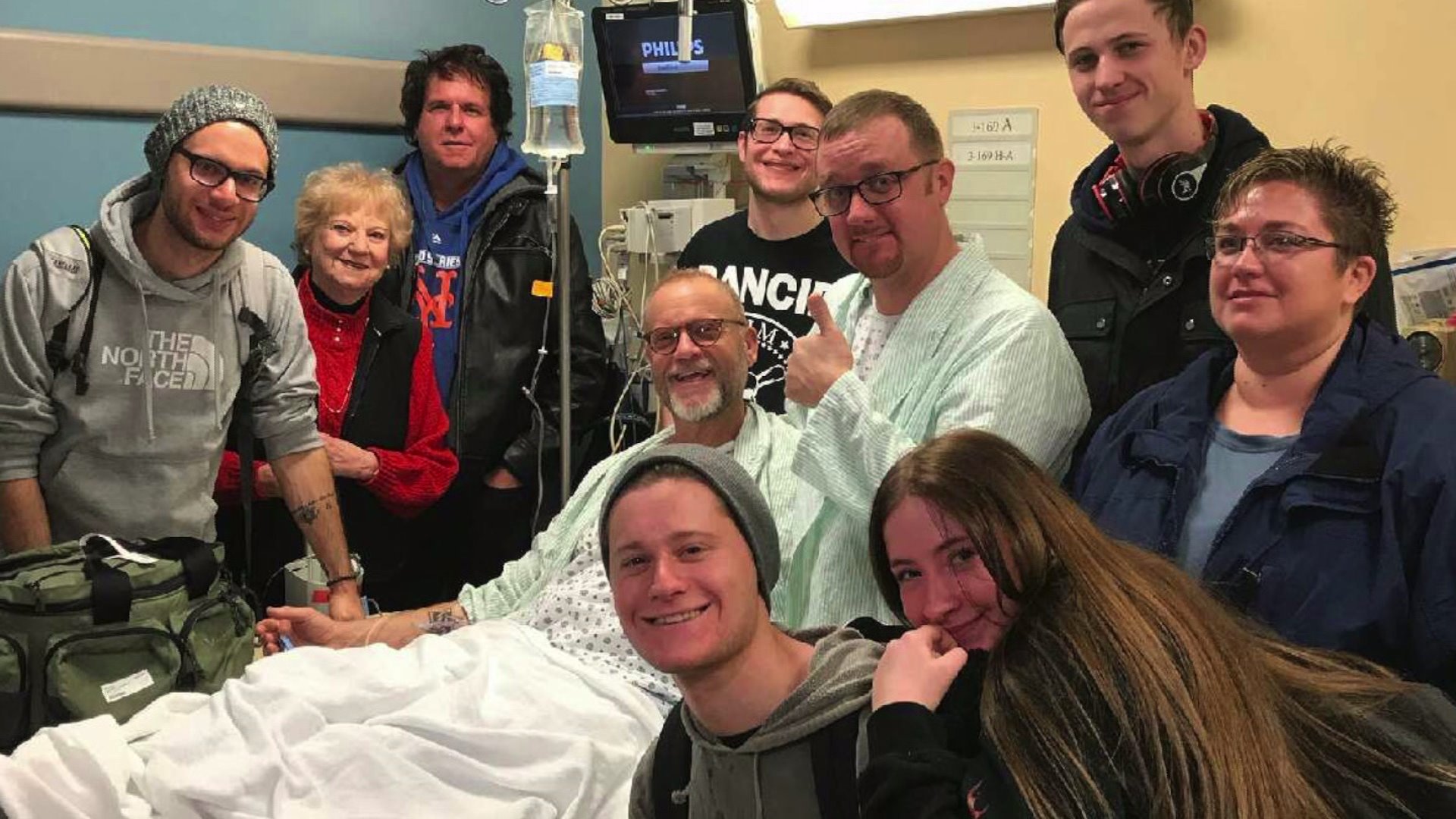 A dad in need of a kidney wore a shirt letting people know he needed a donation while at Disney. Someone snapped a picture, which went viral. A stranger who saw the picture made a lifesaving donation.

NEW YORK — A dying dad of five who printed a plea for a kidney donor on a T-shirt and wore it around Disney World for nine straight days while on vacation with his family has received a transplant.

"You know, I came up with idea because I think it’s out of desperation. I look at my kids. When I’m with my kids, all my problems go away and I needed more time with them," Rob Leibowitz said.

A couple who saw him wearing the T-shirt at Disney in August snapped a photo and shared it on Facebook. It went viral. It garnered about 30,000 shares in the first 24 hours. Liebowitz, 60, received calls from strangers around the country.

"Totally surprised. I’m from Brooklyn. I’m surprised at everything with help from strangers," Liebowitz, who now lives in New Jersey, said. "I was in shock."

But not everyone was a match -- until...

Richie Sully from Fort Wayne, Ind., said he was donating blood to help Hurricane Harvey victims when a friend showed him that viral Facebook post. Sully called the number and left a voicemail.

"Hi, my name is Richie. I saw your post. I have an extra kidney. I’m O-positive. You’re more than welcome to have it," Sully said in his message.

Sully is also a single dad. He has two girls, Layla, 11, and Emma, 5. Sully took off from work and paid to stay in a New York hotel for two weeks. He's spent time with Liebowitz everyday.

"We walked around Manhattan for, like, six hours and we had sushi and he took me to Times Square and we talked about music and about being dads and things like that and really hit it off," he said.

He said donating was an easier procedure than many think.

Why did he do it? Because he could.

"It’s not a big deal, and I’ve talked to several donors in the last week that have all said the same thing. Like, if we could get people to understand how much of a big deal it’s not, we would have so many more donors," Sully said.

But for Rob Liebowitz and his family, it was a huge deal.

"I keep saying, 'Thank you,'" Liebowitz said. "But you can’t put into words what he did for me, so I’ll have to figure out how to do the best I can for the rest of my life."

They said they’re planning a family trip together back to Disney World, back to where it all began. They're also planning to have Richie and his girls come with them and the couple who snapped the photo that went viral.

A online fundraising page has been set up to help Sully pay for the costs he's incurred to come to New York and undergo the surgery, including his hotel stay.

On average, 13 people die everyday in the United States while waiting for a kidney donor. More information on how you can become a living kidney donor can be found here.