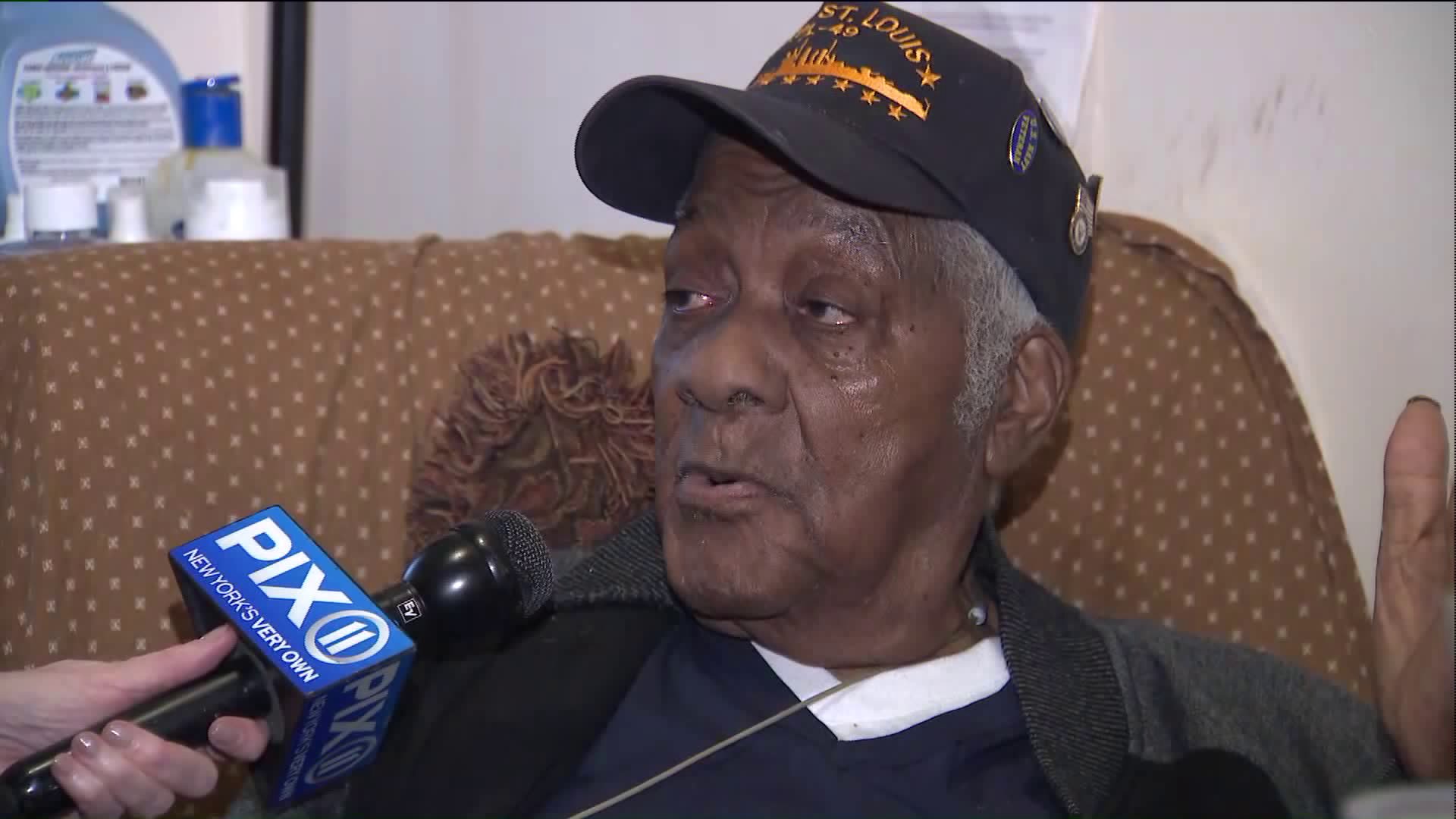 He`s already lived through many battles and now he`s facing one more: eviction.

CROWN HEIGHTS, Brooklyn —He may have survived the Japanese attack on Pearl Harbor but this World War II vet, Reverend James Blakely, isn’t so sure he’ll win this latest battle when he heads to Brooklyn Housing Court.

Ironically, his landlord, Black Veterans for Social Justice, is trying to evict the 98-year-old man, saying he owes six years back rent for his studio apartment on Bergen Street.

“One thing I am stunned by is, the Black Veterans for Social Justice gifted this apartment to Reverend Blakely,” Bonita Blakely, the reverend’s wife, told PIX11.

Six years ago, Blakely who is also an ordained minister, was living in a trailer with no running water in a junkyard in Bedford-Stuyvesant when columnist Denis Hamill wrote an article in the Daily News about his living conditions.

That’s when, according to Hamill, a representative from the Black veterans for Social Justice offered Blakely the studio apartment rent free for the rest of his life.

Two different groups have set up GoFundme pages for the $30,000 the Blakelys may be forced to pay in back rent.

They are also so touched by the letters from supporters, including schoolchildren who write “you are my family’s hero."

“Cut to six years later, he’s still alive and he’s 98,” Hamill told PIX11. “They’re evicting him because they are selling the building , that’s my reckoning, because it’s being sold to developers to make condos in a gentrification scam.”

A spokeswoman for the Black Veterans for Social Justice told PIX11 it is “complicated," but that Rev. Blakely was given only a one-year lease.