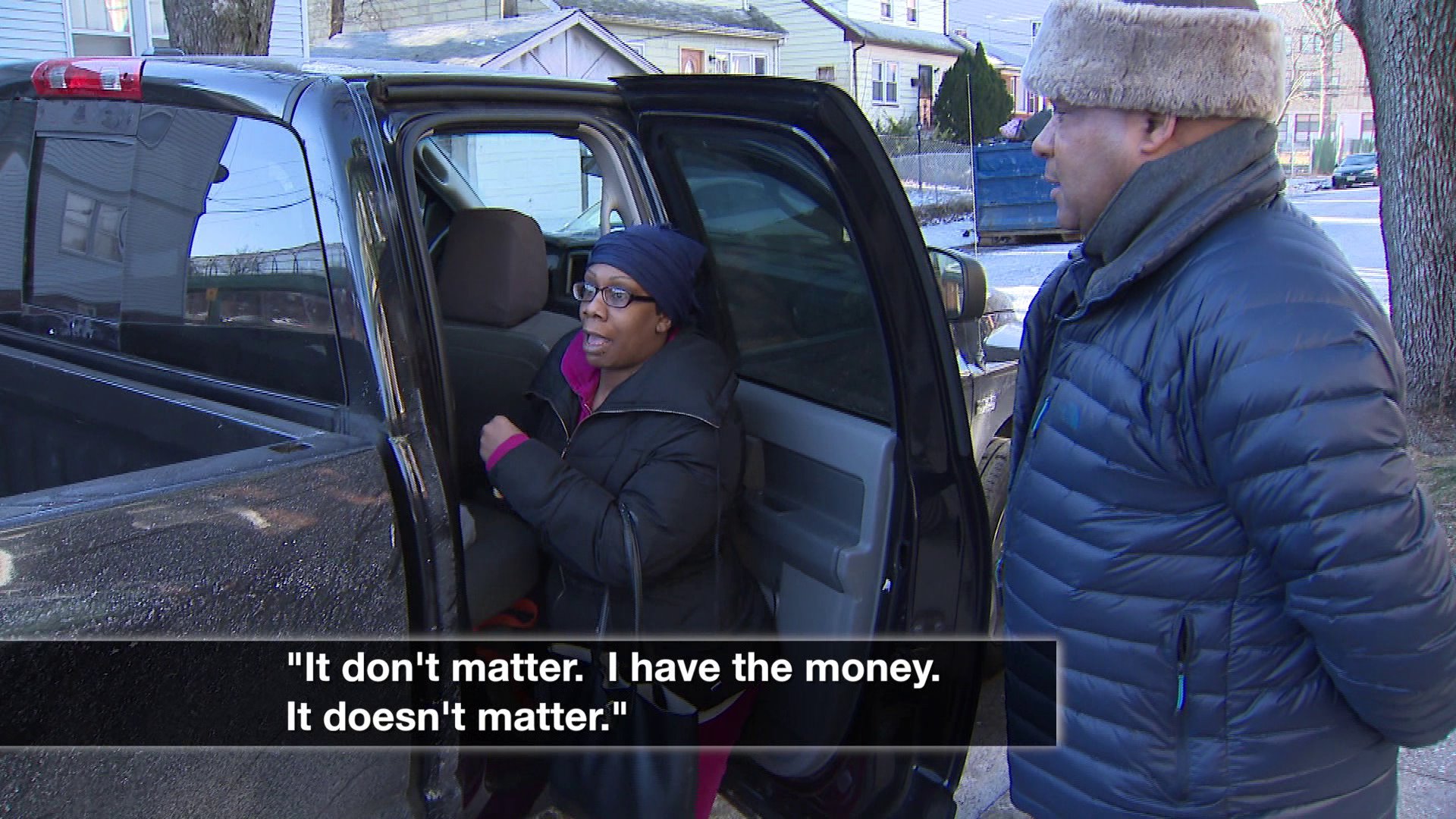 The tenants have money to pay the rent, but they`re refusing to pay it to their landlord. They`re five months behind on rent.

NEW JERSEY — Marge El has a couple of nightmare tenants in her Irvington house. She and a sister own the four-unit place. El lives in one apartment. She has two reliable long-term tenants, but Karissa Norton and Darnell Harris are entirely another matter.

El has been around and around in Essex County housing court trying to get them out of her place.

“I’m crestfallen," El said. “(They’re) now five months behind in rent. I can’t even afford an attorney to help me get them out.”

That’s why she contacted us.

I went over to her house and just missed Norton as she pulled away in her nice Dodge Ram. Two hours later she returned with a load of groceries. So why is she able to have nice wheels and a lot of food but not able to pay the rent?

“It don’t matter. I have the money,” Norton told me.

“Then why don’t you work something out? Why would you wanna live like this?”

Her answer: “I’m not working anything out with her. I don’t like her.”

You have that right. She claims she’s not paying rent because she doesn’t like her landlord. Unbelievable!

Almost as unbelievable as the way El's case has gone in court. Her squatters apparently are experienced at playing the game and now they’ve gotten some help from the court itself. On Jan. 8, El was notified that her case had been withdrawn.

El wants to proceed to get these characters out as soon as possible. She’s written the judge and the court trying to get back on the docket. We’re going to follow this one until El has her apartment back.

Oh, and Mayor Ras Baraka, if you want to clear up an obstacle in the way of Newark’s comeback, make it easier for local landlords who care about their property to get rid of deadbeats.