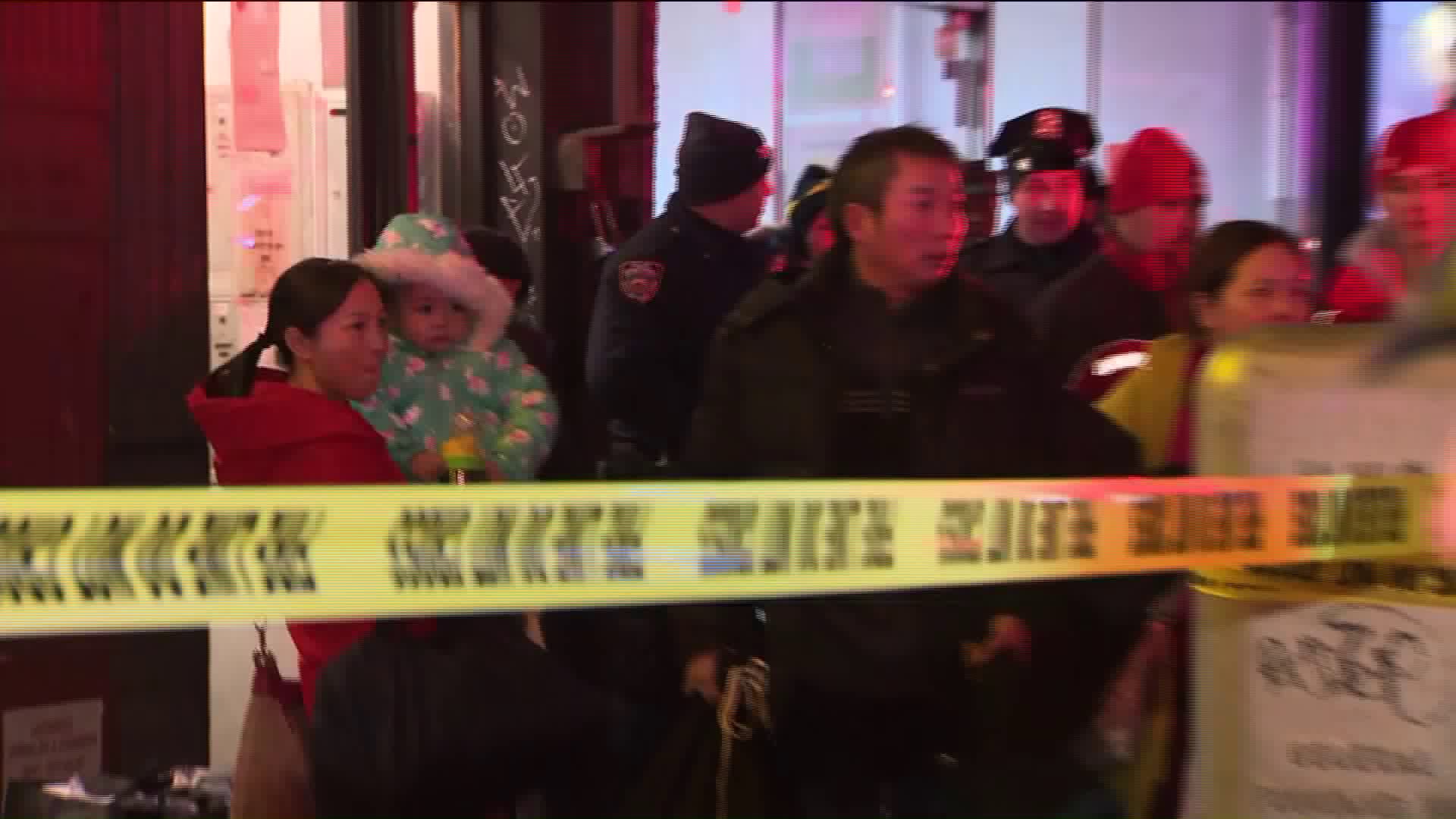 “I have no clothes . I just got back from work. They don’t let me take my stuff,” Hee told PIX11.

Hee is one of the 75 tenants out in the cold after her entire building at 85 Bowery was evacuated.

It’s the latest chapter in an a year and a half long legal dispute between landlord Joseph Betesh and the tenants association at this building just steps from the Manhattan Bridge.

As part of that case, a state Supreme Court judge ordered a city inspection on the building.

That’s when Department of Building engineers determined that the main stairwell was unsafe, ordered an evacuation and required that the repairs be completed within two weeks.

But tenant leaders claim the landlord is hoping the tenants are never allowed back in.

“They want to take down the building and put a hotel here a hotel and make a lot of money,” Jin Ming Cao, the tenant association spokesman, told PIX11.

But New York City Councilwoman Margaret Chin said this evacuation is purely a safety issue and that the city is not siding with the landlord but rather trying to ensure the safety of all tenants.

“It’s tough on the families, but the Red Cross will work with the families to find them hotel rooms," Chin told PIX11. “The city will make sure the landlord fix the building.”

Most of the residents are restaurant and garment factory workers who have lived in this building for decades, according to the tenants association, and generally pay between $1,000 and $1,200 a month rent.

Many are waiting to find out where they will be spending the next two weeks.

On Friday, the landlord of the building issued a statement:

“The safety of the occupants of 83-85 Bowery is our top priority and we are taking immediate steps to repair building infrastructure and make the property safe for habitation. While the DOB was correct to vacate the building in the interest of safety, we believe this action should have been taken long ago.

“Over the past two years, we repeatedly told city officials that it was necessary to vacate this property in order to safely perform much-needed repairs and ensure structural stability. Undertaking that work while the building was occupied would have put its occupants in grave danger. We repeatedly communicated all of this information to the building’s occupants and have spent the past two years working to find a positive resolution, but our proposals were rejected at every turn by their lawyers and other representatives.

“Aside from refusing to vacate despite our repeated attempts to fix these problems, occupants of 83-85 Bowery have apparently engaged in illegal renovation work that further contributed to the building’s structural instability. Following the execution of the DOB’s vacate order, it was determined that 11 of the building’s 16 apartments were illegally converted into nearly 40 single room occupancy (SRO) units. This unauthorized renovation work was done without our consent and put all the building’s occupants at greater risk by leading to dangerous overcrowding, blocked fire escapes and other safety hazards. We were unable to prevent this activity because occupants and their representatives repeatedly denied us access to their units.

“Now that the DOB has executed its vacate order and we have regained access to all areas of the property, we are already taking steps to clear out debris and begin repairing the building’s infrastructure. Our intention is to restore this property to its intended use as quickly as possible and we will continue working diligently with the DOB, the Mayor's Office and other stakeholders to do just that.”