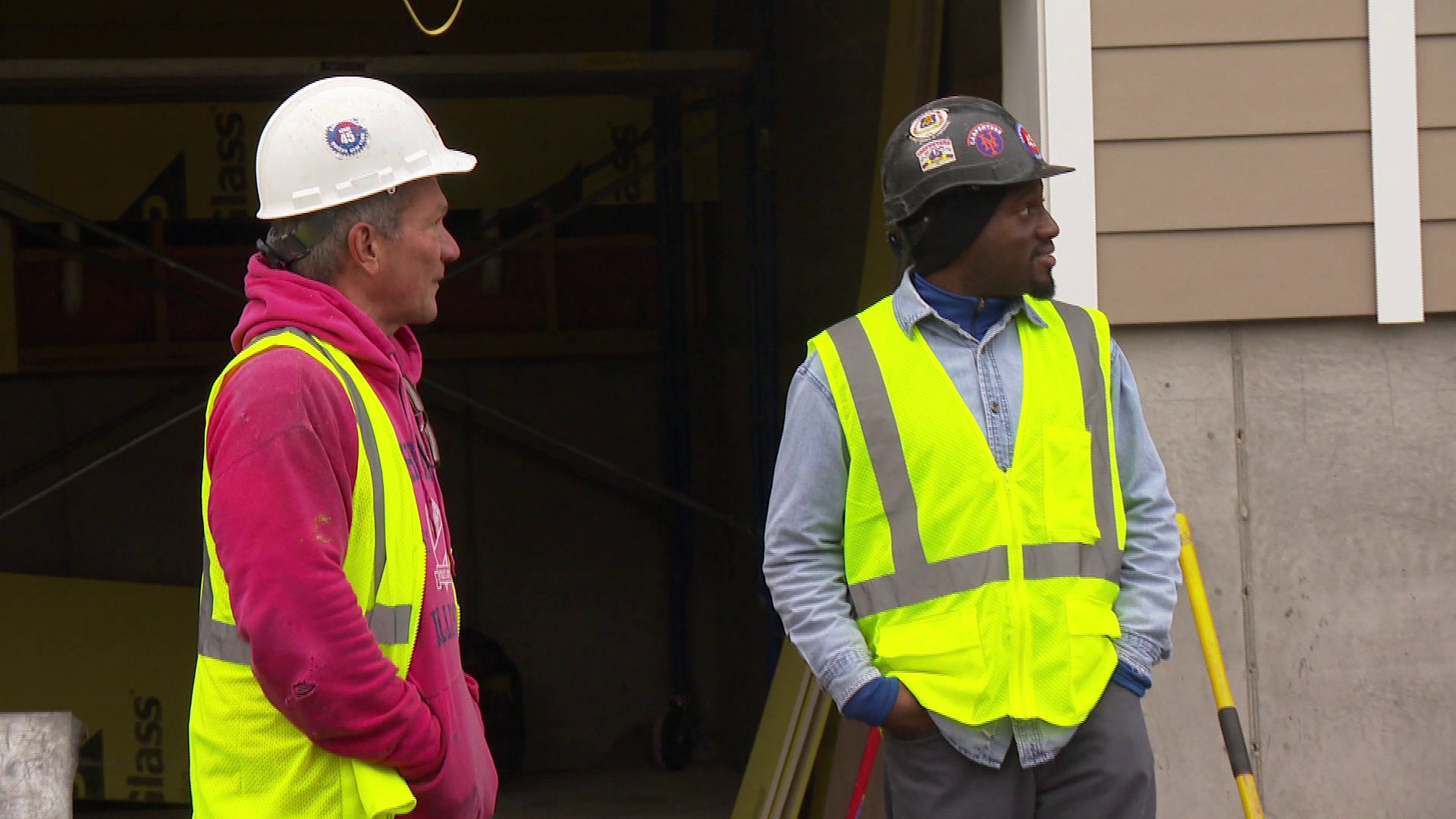 Thousands of jobs have been created and the City of New York is helping train workers.

NYC Small Business Services offers a variety of programs. They're not only speaking about housing recovery when they say "Build it Back."

“In the aftermath of a devastating emergency, we’ve helped New Yorkers in crisis to rebuild their lives,” said Gregg Bishop, Commissioner of the NYC Department of Small Business Services.

Sean Perry lost his place to live in the storm. The program connected him with 5 weeks of training at Workforce1. He's now a union street metal worker on a job site near 59th Street and 11th Avenue in Manhattan.

He says the city program helps move along the process to join the union and learn the trade.

Jamel Dickerson is a carpenter with a company that's working a few blocks from his home in Far Rockaway.

Rebecca Dallalio became an electrician through Helmets to Hardhats after serving in the military.

“Through initiatives such as the Construction Skills and Helmets to Hardhats programs, the building trades is empowering New Yorkers from across the five boroughs to help in those efforts and also provide access to long-term careers that pay good wages and benefits. We take pride in working alongside the City with the shared goal of training and utilizing a skilled labor workforce from diverse backgrounds to restore these impacted communities,” Gary LaBarbera, president of the Building and Construction Trades Council of Greater New York.

They're building their lives and New York.

“Making sure New Yorkers who took a direct hit from Sandy could work on the recovery effort was an early commitment of Mayor Bill de Blasio and today we see it paying off. Through the City’s partnership with unions, we are rebuilding communities and helping people find new middle class careers,” says Amy Peterson, Director, Mayor’s Office of Housing Recovery Operations/Build It Back.